The Indian equity market benchmarks Sensex and Nifty fell in the negative in the last trading session on April 1 amid fears that the COVID-19 was rapidly deteriorating the country's macroeconomic health.

All sectoral indices ended in the red on BSE, with the BSE Bankex, IT and Teck falling over 5 percent each.​

Experts highlighted that the government's announcement regarding the cut in interest rates of several schemes such as PPF, Kisan Vikas Patra, NSC and small saving certificates indicates that the fiscal deficit will rise significantly and this has made the financial sector vulnerable. Rising coronavirus cases is already keeping markets on tenterhooks.

"Technically, Nifty has broken the level of 8,240 on an intraday basis, which is negative and may lead to further weakness in the market. Below the level of 8,250, Nifty would fall to 8,000 or 7,800 levels. The 7,800 level looks promising to invest in select stocks. On the higher side, Nifty is likely to face hurdles at 8,500 and 8,700 levels,” said Shrikant Chouhan, Executive Vice President, Equity Technical Research at Kotak Securities.

Maximum call open interest (OI) of 8.14 lakh contracts was seen at the 8,500 strike price. It will act as a crucial resistance level in the April series.

A minor call unwinding was witnessed at 8,000 strike price, which shed 21,750 contracts.

Maximum put open interest of 21.49 lakh contracts was seen at 8,000 strike price, which will act as crucial support in the April series.

Put writing was seen at the 8,000 strike price, which added 1.95 lakh contracts. 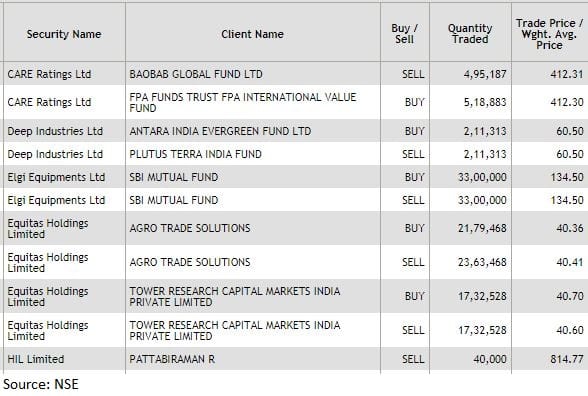 Dhanvarsha Finvest: The board will meet on April 3 for general purposes.

Franklin Industries: The board will meet on April 15 to consider the scheme of arrangement.

Kansal Fibres: The board will meet on April 15 to consider the reduction of capital.

RBL Bank: It saw a strong operating profit trajectory for Q4 with NIM at an all-time high and comfortable liquidity position.

PVR: ICRA retained rating at AA-/A1+, but placed the rating on watch with developing implications due to lockdown.

Kanoria Chemicals: CARE revised rating for long-term bank loans as A from A+ earlier.

Future Enterprises: Haresh Chawla resigned as an Independent Director of the company.

No security is under the F&O ban for April 3. Securities in the ban period under the F&O segment include companies in which the security has crossed 95 percent of the market-wide position limit.
Nishant Kumar
Tags: #Market Cues #Nifty #Sensex #video
first published: Apr 2, 2020 08:07 pm