Based on the open interest future percentage, here are the 126 stocks including Adani Ports, Astral, HDFC AMC, HPCL, and Nifty, in which a short build-up was seen.

The bears were in full control of the Dalal Street on May 19 as the benchmark indices fell more than 2.6 percent after a downtick in global counterparts amid growth concerns and inflation worries. The selling pressure was also seen in broader space as the Nifty Midcap 100 index fell 3 percent and Smallcap 100 index tanked 2.7 percent.

"Zooming into the 15-minute chart, we see that Nifty has reversed the recent pullback rally and has now closed near the recent lows of 15,735. The 20-period moving average (MA) on the 15 minutes chart is now below the 50 periods MA indicating a negative moving average crossover. A fresh down move is likely once the support of 15,735 is broken," Subash Gangadharan, Senior Technical and Derivative Analyst at HDFC Securities said.

He feels the daily timeframe of the Nifty also gives a weak outlook for the coming sessions. "Nifty has been trending lower for the last few weeks and making lower tops and lower bottoms in the process. And Nifty has been moving lower after the recent breakdown from 16,824-17,415 trading range," Gangadharan said. The market breadth was largely in favour of bears as five shares declined for every share rising on the NSE.

India VIX, which measures the expected volatility in the market, jumped 10.14 percent to 24.56 levels, indicating more volatile swings going ahead and the tread may remain in favour of bears.

Maximum Call open interest of 86.15 lakh contracts was seen at 17,000 strike, which will act as a crucial resistance level in the May series.

Maximum Put open interest of 46.03 lakh contracts was seen at 15,000 strike, which will act as a crucial support level in the May series.

A high delivery percentage suggests that investors are showing interest in these stocks. The highest delivery was seen in Infosys, ICICI Bank, ICICI Lombard General Insurance, HDFC, and HCL Technologies, among others.

An increase in open interest, along with an increase in price, mostly indicates a build-up of long positions. Based on the open interest future percentage, here are the six stocks - City Union Bank, Dr Reddy's Laboratories, PI Industries, Abbott India, Ambuja Cements, and Hindustan Aeronautics, in which a long build-up was seen.

A decline in open interest, along with a decrease in price, mostly indicates a long unwinding. Based on the open interest future percentage, here are the top 10 stocks including Coromandel International, Delta Corp, Persistent Systems, Balrampur Chini Mills, and Intellect Design Arena, in which long unwinding was seen.

An increase in open interest, along with a decrease in price, mostly indicates a build-up of short positions. Based on the open interest future percentage, here are the top 10 stocks including Adani Ports, Astral, HDFC AMC, HPCL, and Nifty, in which a short build-up was seen.

A decrease in open interest, along with an increase in price, mostly indicates a short-covering. Based on the open interest future percentage, here are the three stocks - ITC, Metropolis Healthcare, and Power Grid Corporation of India, in which short-covering was seen.

Go Fashion (India): India Advantage Fund S4 I sold 18,11,478 equity shares in the company at an average price of Rs 1,050, while SBI Mutual Fund was the buyer in this deal, acquiring 18,10,983 equity shares at same price via open market transactions. 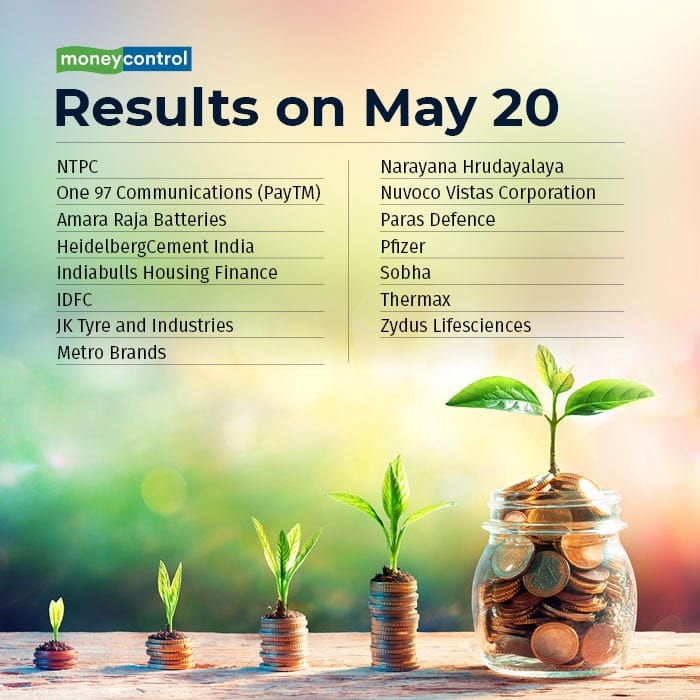 HPCL: State-run oil refiner and marketer Hindustan Petroleum Corporation posted a 34 percent decline in consolidated net profit in the March quarter to Rs 2,019 crore from Rs 3,061 crore in the year-ago period due to rise in total cost. Revenue for the quarter stood at Rs 1.07 trillion, up 24.2 percent from Rs 85,755 crore last year. Total cost rose 28 percent to Rs 1.05 trillion from Rs 81,717 crore a year ago. Operating margin for the quarter contracted sharply to 1.57 percent from 4.46 percent last year. Average gross refining margin during the year ended March 2022 was $7.19 per barrel as against $3.86 per bbl during the corresponding previous year.

Ashok Leyland: The company reported a 274 percent YoY jump in net profit at Rs 901.4 crore for the fourth quarter of FY22. Total income stood at Rs 8,744.3 crore during the quarter, up 24.9 percent against Rs 7,000.5 crore in the corresponding period of the preceding fiscal. Its truck market share for Q4 FY22 has improved to 30.6 percent against 28.9 percent in Q4 FY21, this is the highest market share seen in the last 11 quarters.

Eros International: Its board approved raising Rs 405 crore by issuing 13.50 crore warrants at a price of Rs 30 a share. 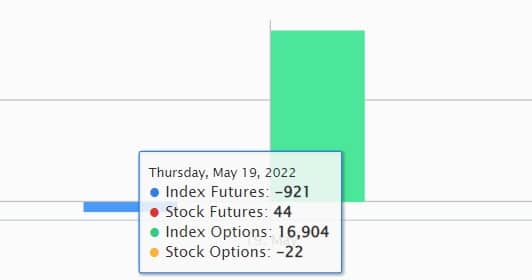 Four stocks - Delta Corp, GNFC, Indiabulls Housing Finance, and Punjab National Bank - remained under the F&O ban for May 20. Securities in the ban period under the F&O segment include companies in which the security has crossed 95 percent of the market-wide position limit.

Disclaimer: The views and investment tips expressed by investment experts on Moneycontrol.com are their own and not those of the website or its management. Moneycontrol.com advises users to check with certified experts before taking any investment decisions.
Sunil Shankar Matkar
Tags: #Market Cues #Market Edge #Nifty #Sensex #Trade Setup
first published: May 19, 2022 11:17 pm