Top 30 stocks that fund managers bought & sold in July; do you own any?

This was despite the equity market plunged the most in the last 17 years in July. Domestic institutional investment at Rs 20,395 crore was the highest in a month since October 2018.

On the other hand, Indiabulls Housing Finance, UPL, L&T Finance Holdings, HDFC AMC and Piramal Enterprises were the most sold large-cap stocks in July, it added.

Table: The below list is for reference and not specifically buy or sell ideas. 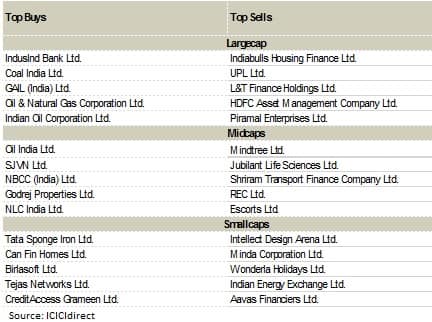 Intel-Jio deal: What you need to know