The brokerages firm Edelweiss Securities highlighted that IT midcaps rallied 22-35 percent since September 2019 when it initiated the model portfolio.

Some IT midcaps have been feeling the heat as their revenue growth slowed and margins plummeted. But things might change for them now as revenue growth is expected to recover which will further aid their earnings growth, brokerage firm Edelweiss Securities said in a report.

Edelweiss, in a report on February 11, underscored that after recruiting aggressively from FY17 up until the beginning of FY19 in anticipation of continuing revenue growth, midcaps have faced low utilization levels as growth has plunged.

However, the brokerage added that over the past three quarters, midcap IT companies have not replaced natural attrition, leading to a recovery in utilizations, and consequently, margins.

The brokerage believes the next stage of the cycle will see nominal growth recover for IT midcaps, as the optically high revenue growth from digital pilot projects is removed from the base.

However, record deal wins, sustained deal pipeline momentum and upbeat management commentaries on-demand hint at a solid earnings trajectory in Indian IT, said the brokerage, adding that the margin recovery and dirt cheap valuations for several mid-cap IT names inspired its stance on IT midcaps. 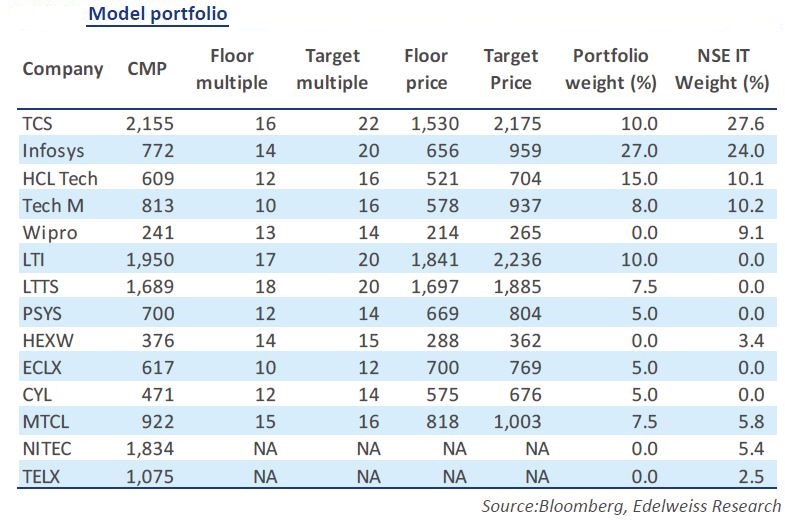 The brokerages firm highlighted that IT midcaps rallied 22-35 percent since September 2019 when it initiated the model portfolio.

"Stellar performance by our top picks such as Mindtree, Persistent and eClerx drove most of the outperformance of our model portfolio since launch in September 2019. This uptick in prices was driven by expansion in margins-something that the market was not pricing in," Edelweiss said.

"Mindtree, where margins expanded by more than 500bps over the past three quarters, was up 33 percent; whereas eClerx also saw margins expand by more than 800bps and as a result the stock returned 35 percent since our portfolio release," edelweiss added.

Pilot projects during the initial phase of the digital services adoption curve overwhelmingly went to midcaps as they were more nimble in catering to the clients’ needs.

"Once digital started to become mainstream and large caps entered the game, midcaps struggled to keep the momentum going. However, we believe the optical froth from pilot projects is slated to exit the revenue base soon, and we believe revenue growth can return to IT midcaps going forward," Edelweiss said.