Sharekhan is betting on these 5 sectors & stock ideas; should you?

Gaurav Dua of Sharekhan said given the pain points emerging in Europe and continued uncertainty in Middle East, the probability of ‘Risk Off/Risk Aversion’ kind of scenario has increased considerably in the past few months.

Gaurav Dua, Head of Research, Sharekhan, sees benchmark indices remaining in consolidation phase going forward. He continues to see pressure in midcaps and smallcaps, especially in cases where last year’s rally was not backed by fundamentals.

According to Dua, the strategy at the portfolio level should be to remain overweight on consumer demand driven companies and some exporters (like IT Services) due to benefits accruing from sustained weakness in the rupee-dollar. “Superior returns in the near term would accrue from structural growth stories largely from consumption, financials and auto/auto-ancillary space.”

Among sectors, he continue to remain cautious on public sector banks. “Any exposure should be restricted to large banks like State Bank of India or Bank of Baroda.” 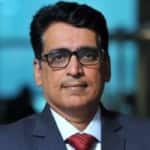 Q: The market has been highly volatile due to global cues, movement in crude oil prices and the dollar-rupee. Do you expect the market to remain rangebound or could it cross previous highs by the second half of 2018?

A: Volatility has increased on the back of global cues. But that’s only one part of the story. More importantly, macro conditions have turned unfavourable for India, given the concerns related to fiscal slippages and firming up of bond yields. This essentially means that the phase of expansion in valuation multiples (P/E multiples at the index level) is behind us, but there is a growing risk of a de-rating in Indian equities.

The only support could emerge from a possible revival in earnings growth in coming quarters. Given the situation, we retain our stance (put out in the beginning of 2018) that returns in CY18 would be quite sobering as against strong gains in 2017.

Benchmark indices could remain in consolidation phase. However, we continue to see pressure in midcaps and smallcaps, especially in cases where last year’s rally was not backed by fundamentals.

Q: Do you see any major global risk for the market?

A: Given the pain points emerging in Europe and continued uncertainty in the Middle East, probability of a ‘risk off/risk aversion’ kind of scenario has increased considerably in the past few months. Economic data points from the US are quite encouraging and could support global growth in 2018.

Q: How do you read March quarter earnings season? Some experts say the worst may be over for earnings and recovery should start from the current year. Do you think FY19 will see a revival in earnings or is there a chance of downgrade in earnings?

A: We believe that FY19 would be a turnaround year for corporate earnings. Our stance is in line with street optimism due to low base of the last couple of years and signs of strong revival in consumer demand (both urban and rural) in Q4.

But the biggest push to earnings growth is expected to accrue from a reversal in fortunes of the banking sector as provision-related losses reduce and aid overall earnings going forward.

Q: Crude has been in a correction mode after hitting a 3-1/2-year high of $80.50 a barrel. Where do you see crude prices heading?

A: It is difficult to take a near term call on crude oil prices. Our base case assumption is that crude could average close to $75-80/barrel over the next couple of quarters.

Q: Do you see inflationary pressures due to higher crude oil prices?

A: In addition to crude oil, implementation of salary hikes by state and central government undertakings and better rural demand driven by normal monsoons are adding to inflationary pressures.

Q: Do you expect the dollar-rupee to hit 69 by December-end?

A: Weakness in the rupee viz-a-viz the dollar is likely to sustain in the near term. Any large foreign outflows, driven by rising risk aversion globally, could push the dollar-rupee to 69 levels in coming months.

Q: What do you expect from the Narendra Modi government ahead of general elections in 2019? What should investors’ strategy be?

A: We expect the Narendra Modi government to focus on programmes related to easing the pain of farmers and other weaker sections of the society over the next 1 year. It could be in the form of higher minimum support prices or food subsidy. Thus, the strategy at the portfolio level should be to remain overweight on consumer demand driven companies and some exporters (like IT Services) due to benefits accruing from sustained weakness in the rupee-dollar.

Q: Almost all state-run banks reported losses in Q4 on higher provisions following Reserve Bank of India’s new norms. Do you think the worst is over for these banks and would FY19 be a year of stability in earnings or is there more to come?

A: In the past few quarters, bulk of the bad assets has been recognised and adequate provisions made by public sector banks. However, there is still the risk of additional slippages from certain sectors and the bank’s inability to raise the required capital. We continue to remain cautious on public sector banks and believe that any exposure should be restricted to large banks like State Bank of India or Bank of Baroda.

Q: Any five multibaggers that you have identified in the current market conditions?

A: We believe superior returns in the near term would accrue from structural growth stories largely from consumption, financials and auto/auto-ancillary space. Some of the quality midcap companies that have delivered handsome returns and would continue to do so are: Relaxo Footwear, Zydus Wellness, Gabriel India, Suprajit Industries and L&T Finance.

Disclaimer: The views and investment tips expressed by investment expert on moneycontrol.com are his own and not that of the website or its management. Moneycontrol.com advises users to check with certified experts before taking any investment decisions.
Moneycontrol News
Tags: #MARKET OUTLOOK #Nifty #Sensex
first published: Jun 19, 2018 12:12 pm