See two potential rate hikes by the US Fed this year: Deutsche

The US dollar weakened against major currencies on expectations of a dovish US Fed. The US FDA rate hikes, if they do happen, could strengthen the currency, says Sameer Goel of Deutsche Bank.

The currency market has been cautious ahead of key policy decisions from Bank of Japan (BoJ) and the US Fed this week.

US dollar slipped against Yen on Monday as traders booked profit from dollars in the recent rally.

In an interview with CNBC-TV18, Sameer Goel, Head of Asia rates and currency research at Deutsche Bank said that the US dollar weakened against major currencies on expectations of a dovish US Fed.

He said that there is still potential for two hikes by the US Fed this year and it might bring strength back to the dollar. 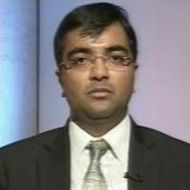 On the upcoming BoJ meet on April 28, he expects no change in policy. Encouraging a greater currency weakness will remain a challenge for the bank.

Below is the verbatim transcript of Sameer Goel's interview with Latha Venkatesh and Sonia Shenoy on CNBC-TV18.

Sonia: What is your view on where the dollar is headed from here, the dollar index that is?

A: The dollar index has had a bit of a pullback in the last few weeks, which has been more a combination of several things most importantly a perception among market participants that there has been an implicit coordination between Central Banks around the world based on essentially the premise that too much of dollar strength was becoming negative by way of implications on various asset prices and particularly of course in commodities on in general risk sentiment through what it means for the Chinese leg in particular and so on and so forth. That has helped pullback the dollar.

It has been supported by what we have seen as being a fair amount of dovishness on part of the Fed.

Our view generally more medium-term is still that we are not necessarily through with this dollar cycle and that some of the strength in the dollar cycle will return. However, at the moment it seems like an environment where the emphasis is more on trying to reduce currency volatility more generally. We do expect though in the medium-term that this dollar cycle still has a little bit more to run.

Latha: What are you expecting to hear from Federal Open Market Committee (FOMC) and Bank of Japan (BoJ)?

A: Obviously two big events for the week. Our houseview is that there will not necessarily be too much added to the broader discussion by either of those places. Obviously in the case of FOMC, there are arguments on both sides in terms of how much easier the financial conditions in particular have become and therefore that might tempt the FOMC in particular I don’t think there is anybody expecting any action per se but the key question is whether they add back the balance of risk sentenced to their statement at this point in time which in itself would be interpreted by the market as opening up to the possibility of one and maybe two rate hikes this year. Our houseview is that the FOMC will likely not do that but obviously that will remain the big point of note for the markets.

In the case of BoJ, again multiple factors to watch for. Our houseview from the Japanese economists, is that there should not be any changes in policy this time given the fact that the whole negative interest rate policy is still very much at a trial stage and to some extent financial markets have returned to a bit of a lull even if that lull is temporary.

For the BoJ in particular, the big question here is whether they can encourage a greater amount of currency weakness but then again how that fits in into the broader narrative of coordination and understanding between Central Banks.

Latha: Therefore how do you expect the dollar to move in the immediate aftermaths on Thursday and Friday and you were speaking of this medium-term rise in the dollar index, what is that medium-term? Is that May?

A: No, timing when the turn in the currency would come is obviously tricky. I think it is a combination of several things, which have kept the dollar on a bit of a back-foot, undoubtedly positioning has become a little bit more short dollar and to that extent if indeed Fed comes back to add the sentence on balance of risks to its statements and were the market to interpret that as meaning that two rate hikes could potentially still be on the table later this year, we could well see a bit of that swing back up in dollar as early as May.