172@29@17@102!~!172@29@0@53!~!|news|business|markets|rupee-to-remain-rangebound-in-october-as-weak-economic-recovery-will-limit-upside-5962301.html!~!news|moneycontrol|com!~!|controller|infinite_scroll_article.php!~!is_mobile=false
FREE virtual training session on Passive Income Secrets: October 24 and 25, 2020, 10am to 1pm. Register Now!
you are here: HomeNewsBusinessMarkets

Geo-political issues, especially on India's northern borders, are going to play a role in currency's near-term stability at a time when we do not know the next US administration's stance on the issue.

Dollar Index traded near one-month low as investors started to factor in a possibility of Joe Biden presidency. Rising expectations of a democratic presidency boosted appetite for riskier EM currencies.

Dillydallying on size and scope of Second US stimulus, uncertainty on presidential elections outcome, slow economic recovery and relatively rich equity market valuations may prompt investors to take some money off the table from the US equity markets in the next few weeks and attract flows towards Asian and emerging currencies.

We expect the Dollar Index to remain soft with a slight downward bias in the near term as volatility increases closer to the US elections. We expect the Japanese yen to hold on to its gains against the USD on account of safe haven flows.

The USD/CNY has appreciated by almost 7 percent in last six months and that has promoted People's Bank of China to take measures to curb its incessant rise. PBoC announced that forward reserve requirements on yuan forwards would be lowered to 0 percent from its current 20 percent level. This rule change will make it cheaper to short the yuan. This may have a put a temporary cap on Yuan though it may not be the end of the rally. 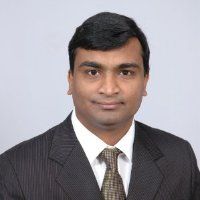 The UK's self-imposed deadline for a post-Brexit EU trade deal is October 15. The two chief negotiators, EU's Michael Barnier and UK's David Frost are inching towards a deal ahead of the deadline (October 15), but gaps on fishing, level playing field issues and governance remain. The GBP/USD pair is likely to trade sideways for next few weeks with a slight appreciation bias as investors remain cautiously optimistic about the UK and the EU reaching a deal by the deadline.

Coming to our currency, in September month, Indian rupee suffered its first monthly loss after three consecutive monthly gains on back of stronger dollar index. The risk-off tone, rising covid19 cases, weaker economic data and foreign fund outflows weighed on rupee through this month. RBI has also slowed its purchases as it added only few million dollars to reserves in September month. The forex reserves for the week ended September 25 were at $542.02 from $541.43 at the end of August. I believe This was just a pause and not a reversal of the rally in the Rupee.

In the recently concluded RBI's Monetary Policy Committee meeting wise members expressed explicit worry about the revival of the economy from an unprecedented COVID-19 pandemic and assured maximum support. RBI is fully aware of the enormity of the crisis and risks ahead. The overall guidance remains ultra-dovish and that means interest rates and bond yields will remain softer for longer period and will cap appreciation of our currency beyond a point.

Geo-political issues especially on India's northern borders are going to play a role in currency's near-term stability especially when we do not know next US administration's stance on the issue.

Weak domestic economic recovery will limit upside while softer USD, strong fund flow and geo-political uncertainties will cap the upside for our currency this month. We expect USDINR pair to trade within a narrow 74 to 72.50 range this month.