Running out of ideas while trading? Use ‘Correlation’ to spot winning trade

If you are an active market participant, chances are that you may have comes across the term – ‘Correlation’. I have noticed people use this word quite casually, without fully appreciating what it really means.

Hopefully, this article gives you a sense of what correlation really means.

For example, if the correlation between two stocks is +0.75, then we can infer few things – 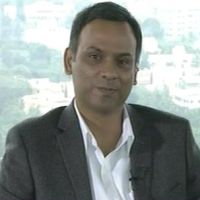 1) The plus sign preceding the number tells us that they both are positively correlated i.e. they move in the same direction

2) The magnitude gives us a sense of the strength of this movement. The closer it is to +1 (or -1) the higher is the tendency for the two variable to move in tandem.

3) A correlation of 0 suggests that the two variables are not related to each other.

From the above, we know a correlation of +0.75 suggests that the two variables move not only in the same direction but also tend to move together closely.

Note, the correlation does not suggest the extent of the move, all it suggest is that the move in the same direction is likely to happen.

But, there is another twist here – suppose stock A and Stock B are correlated at +0.75, and the daily average return on Stock A and Stock B is 0.9% a 1.2% respectively, then it can be said that on any given day.

Suppose stock A moves up by +2.5 percent, then by virtue of correlation we know that Stock B is likely to come down, but by what degree will it come down will not be known.

Disclaimer: The author is VP, Educational Services, Zerodha. The views and investment tips expressed by investment experts on Moneycontrol are their own and not that of the website or its management. Moneycontrol advises users to check with certified experts before taking any investment decisions.
Tags: #MARKET OUTLOOK
first published: Dec 2, 2017 10:57 am