'Post-COVID there will be a massive change in human behaviour, market leaders; V-shaped recovery unlikely'

Because of Work from home, commercial real estate demand will decline. Work from home is also going to help reduction in non-HR overheads like workstation, electricity, AC, canteen, etc.

If you go back in history whether it was the Spanish flu, the Great Depression, the World Wars or 9/11, they all had one thing in common. Humans are emotional and we lose hope due to external stimuli extrapolating our current state to the future. People who were born in the 1930s to 1960s typically had many siblings and used to stay in a joint family. However, people born after 1990 will tend to have lesser siblings and stay in a nuclear family. Their sense of economic and emotional security would be very different.

In addition to the current economic environment, the progress of medical science also has a critical factor to play in this. The life expectancy in India has risen from 40 in 1960 to 70 today. The impact of such things in investing is overwhelming.

Which products will sell, which companies will prosper depend a lot on mortality rate and life expectancy. The returns that an investor would experience for example in the Indian stock market between 1992 to 1998 would be very different relative to a person who would have invested in the Indian market from 2004 to 2007. In the last 10 years, if somebody would have invested in high beta leveraged companies, which were the darling of the capital market in 2007, they would have had a bad experience considering that most of the infrastructure stocks have given negative return over the past decade.

One pattern one can clearly see is that every bull market tends is that they have different leaders. For example, the bull market, which finished some months back, had banking as the leader, with more than 40 percent weight in the benchmark index. If you asked a wealth manager for a generic review on a portfolio of Nifty50 stocks showing only sector weight, most likely the true wealth manager will haul you up for too much concentration. However, at the same time, you listen to financial pundits recommending buying the index for diversified returns. 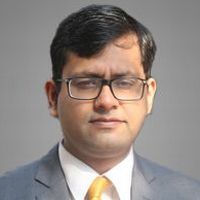 Before that during the 2007 market bull run, infrastructure was the leader. In in the bull market until 1992, old economy stocks were the leaders. Each cycle has its own set of opportunities own set of challenges. Each cycle provides identities to a new set of leaders, who were nowhere to be seen in 5 years. We all feel that some managements, which seemed great, were average in hindsight when the downturn happened. Some managements, which are very consistent but are not appreciated since they are not the fastest-growing, are the compounding stories.

It is critical for investors to focus on patterns recognition, which the market is right now going through. What are the changes that one is seeing and based on that adjust himself will define our returns in addition to the critical icing i.e. luck.

Because of Work from home, commercial real estate demand will decline. Work from home is also going to help reduction in non-HR overheads like workstation, electricity, AC, canteen, etc.

Shared mobility which was becoming popular with the advent of Ola and Uber will be in reverse gear. Demand for cycles, two-wheelers and small cars will rise. OTT platforms like Netflix, Amazon Prime and UGC platforms like twitter, YouTube, etc will gain ground. More people will buy online. Platforms like Zoom and MS office are here to stay.

In the pharma industry, people will focus on contract developing and manufacturing organizations (CDMO), API manufacturers etc. We may also see new segments emerging such as FMHG (Fast Moving Healthcare goods) as we see a shift of focus to nutrient intake.

As people become more aware of social security due to lower incomes buying insurance whether life or non-life will increase drastically and structurally. The other changes that one can clearly see is people will focus on their home more today due to work from home. So, a better broadband connection, chair and demand for cookware dishwasher may increase.

With global interest rates close to zero, there is a massive repercussion in terms of retirement planning for us going forward. It will be very difficult for people to earn money on their savings in such an economic scenario. People may have more security in buying a house then renting, as they are not certain about the opportunity cost of using the money for investment in other asset classes.

Overall, the market scenario has become volatile. Would that change to pre-COVID the moment we get a vaccine? Well, the answer to that is not that easy. Until we see sufficient supply of vaccine, we would see depressed business confidence going forward. So would companies revert to normal operations post opening of lockdown? As there will be a fear in the mind of corporates that the coronavirus kind of issue can re-occur they will continue to be cautious. So even if the cost of capital of business reduces they will continue to be slow on capex and focus on maintaining cash inflows. Such a mindset at an aggregate level will increase the supply of money. Also in such a lower rate environment, the income of cash balances will decline. Hence, prospects of a V-shaped recovery for a nation like India is difficult.

A question is often asked – 'do you think so that market is reflective of the economy?'. Earlier people would say 'yes', but now the answer is 'no' because what happens is that certain stocks of the index, which were doing pretty well earlier tend to have a higher weight in the index which may not be in sync with the real economy. Some of the sectors, which provide huge employment such as construction, food, transport, tourism etc., have a minuscule weight in the index. None of those is right now captured by the major indices and because of that, the index is not reflective of the overall market scenario.

The author is Head of Research at IIFL Securities.