172@29@17@142!~!172@29@0@53!~!|news|business|markets|podcast-stock-picks-of-the-day-siemens-bharti-airtel-favourable-names-for-short-term-3405131.html!~!news|moneycontrol|com!~!|controller|infinite_scroll_article.php!~!is_mobile=false
FREE virtual training session on Passive Income Secrets: October 24 and 25, 2020, 10am to 1pm. Register Now!
you are here: HomeNewsBusinessMarkets

We expect stock-specific performance to continue as earnings season gathers pace while we expect the index to strengthen above December-high of 10,985, says Dharmesh Shah of ICICI Direct.com.

Nifty, during the current week, has registered a breakout above the symmetrical triangle formed since mid-December 2018 high of 10,985. The index has now retraced past three sessions. 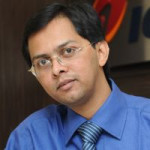 Going forward, we expect stock-specific performance to continue as earnings season gathers pace while we expect the index to strengthen above December-high (10,985) and eventually head towards the earmarked target of 11,100 in coming weeks as it is the confluence of:

Structurally, the index since October low (10,005) has exhibited tendency of not retracing its preceding up the leg for more than 61.8% (on a closing basis). While time-wise, each of the corrective declines has not lasted for more than three consecutive sessions.

Even during the current week, the index rebounded from the 61.8% retracement of the previous up move (10,628-10,870) and also maintained its rhythm of not correcting for more than three successive sessions signalling strength and formation of the sequential higher bottom in the index.

The formation of higher trough and strength in the current up move in the index along with the structural improvement of index heavyweights make us confident on upholding the support at 10,600, as it is a confluence of:

The share price of Bharti Airtel has formed a strong base in the last three months around the major support area of Rs 285-305. We believe that the stock has undergone a healthy consolidation around the support area while absorbing all the negative news flows.

The major support area around Rs 300 is the confluence of the following:

The share price of Siemens has formed a base after retracing 61.8% of the last major up move seen during August 2013–2015 (414–1560), at Rs 852. The secondary phase of corrections is an integral part of the primary uptrend that helps to cool off the excess on the price.

Recently, prices have bounced back from the lower band of three year’s long channelized move (1560 –850) underpinned by strong volumes along with highest delivery percentage (78%) since June 2011, indicating accumulation at lower levels.

Thus we believe, the stock has undergone a base building process and set the stage to resolve higher from here on. Hence, it offers a favourable risk-reward set up over the medium term.

(The author is Head Technical at ICICI Direct.com Research)
Disclaimer: The above report is compiled from information available on public platforms. Moneycontrol.com advises users to check with certified experts before taking any investment decisions.