172@29@17@142!~!172@29@0@53!~!|news|business|markets|pharma-can-be-best-for-next-2-years-but-banks-could-underperform-market-atul-suri-5380201.html!~!news|moneycontrol|com!~!|controller|infinite_scroll_article.php!~!is_mobile=false
Uncover the potential of active and passive investing on 6th October at 4pm. Register Now!
you are here: HomeNewsBusinessMarkets

Pharma can be best for next 2 years, but banks could underperform market: Atul Suri

Banking is really disappointing and can be a bit of laggard going forward, Atul Suri said.

After a somber March, market recovered in April and just in 2 months it is at 10,000.

Atul Suri, Founder & CEO, Marathon Trends Advisory said he was absolutely surprised by the recent rally in global equity markets. "Two months before we were discussing about 7,500 levels which would be hold or not and now we are discussing about whether Nifty can hit life high or not."

"In a matter of two months a lot has changed, and one of major reasons was liquidity infused by the US Fed. US markets reacted strongly, with Nasdaq at record high. Now there seems to be overflow of trade in the emerging markets space. India got good flow and lot of deals happened," he detailed.

Most beaten down stocks rallied sharply in past week. PSU banks index was up 22 percent last week while FMCG gained 1 percent when the Nifty increased 6 percent. 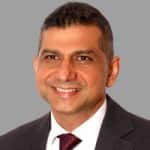 "So not only surprised by the market rally, but also the sector rotation was a surprising thing. Lot of quality stocks which held in the the fall, underperformed in two-week rally," he said in an interview to CNBC-TV18.

He said there was a feeling of certain blessing effect from Federal Reserve which kept tap open for liquidity suppport.

"The surprise the impact of the US Fed liquidity infusion has had is tremendous. Certain progress happening on the medical side with respect to COVID-19 vaccine is adding lot of positivity and building confidence in the market. There has been massive restart to the economy globally and confidence is the very important in the market which is coming back," he added.

He said the taking over 10,000 mark on the Nifty was very important thing. "8,800 will be very critical area to watch out for as we are going to have lockdown effect."

After hitting March lows around 7,500 levels, the Nifty gained strength to recover sharply and moved closer to 9,900 levels in the first half of April, but then it traded in a range and again gained strength in last week of May and first week of June. In these two weeks, the Nifty50 gained 13 percent and crossed the psychological 10,000 mark.

Be Careful and Don't Compromise on Quality

He advises investors to be very careful about the stock which is bouncing back. "PSU Bank index was up 22 percent last week which had no reason to it. And a lot of other stocks which we don't know shot up massively."

He feels the time has come to go back to fundamentals and check real performance, hope trade is not good enough. "These stocks could fall disproportionately. One has to hold nerves."

Suri likes the US where there is massive monetary support and fiscal support.

"But India is not in such pink of wealth, we have had problems earlier and would be deeper down. So be careful, something is very cheap does not mean it is good. My strategy is to focus on quality, this storm can take long time financially and economically. Quality stocks may underperform in the short term but don't compromise on the quality," he said.

Pharma sector outperformed every other sector and even market in the COVID-19 crisis, rising 55 percent from its March lows. In the pre-COVID world, pharma was under-owned sector as most of these pharma companies had USFDA issues.

"Pharma was underweight in everybody's portoflio. One of the important things on the sectoral front happens is the under-ownership and pharma was the under-owned sector. We had 5 percent weightage in my portfolio," Suri said.

He feels event like this (COVID-19) changes business modeels and consumption habits, and these habits last for years to come.

"Investment in healthcare by government, private, institutional or individual is going to be at the top of list. People are understanding and appreciating health as a priority No 1 and this is linked with pharma. It is a top performing sector now. USFDA issues have come off and it has a marathon trend going forward. We are overweight on pharma," he said.

The Auto after lot of underperformance bounced back in current rally, but Suri is not convinced with this rally.

"Autos may have a relief rally on the back of hope of demand for private vehicles instead of public transport due to COVID-19 fear. But I think that will be short term trend. On the five-year basis, I don't see clarity," he explained.

Not only Suri but every other analyst on the street feels every crisis creates new themes of bull market which create enormous wealth if one picks right stock.

He said post COVID-19 world, lot of things will change and habits will change a lot. "For example - check with telecom, there is a massive change; the amount of bandwidth has been doubled trebled. This habit has been changed forever. I am looking for a theme which make change in habits. These are structural changes."

He feels COVID-19 is going to reset the daily to do things. "We have to look at habit changing theme. Get habit changing theme into your portfolio and you can had it for next 3-5 years and that is my focus. I do it things differently. If you login into those things, I personally think lot of money to be made there."

On his strategy, Atul Suri said he would look beyound one or two months story and would look for a 3-5-year theme and that is happened in every bull market. "Every big correction like 40 percent fall in COVID-19 crisis creates new themes, new sectors. And I think seeds of next bull market are sown into previous bear market. If we able pick sectors or themes in this crisis. Pharma can be the best in next two years."

Banking is really disappointing and can be a bit of laggard going forward, he said.

He feels banking is going to be under the cloud which may be offset by pharma, telecom, many other themes. "So I do see banking to be underperforming relative to market but on the market front, as long as the global market is strong, India to perform well."