172@29@17@101!~!172@29@0@53!~!|news|business|markets|open-interest-an-additional-tool-for-traders-to-decode-market-expectations-2520137.html!~!news|moneycontrol|com!~!|controller|infinite_scroll_article.php!~!is_mobile=false
Watch experts decode 'The rise of ESG investing' on October 29 at 4pm. Register Now!
you are here: HomeNewsBusinessMarkets

Open Interest or OI is the total number of open contracts in an instrument outstanding in the market at a given point in time. These contracts are generated by transactions between buyers of instrument and sellers of them.

Decoding the market expectations is one of the key steps a trader takes before placing his bets. Unless there exists a different forecast than the market; a trade does not exist as the price will account for those expectations.

However, one of the outputs to note is the key levels where a major change could be expected. Derivative Analysis provides an important tool to the kitty of a trader known as ‘Open Interest’.

What is Open Interest? 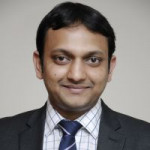 Open Interest or OI is the total number of open contracts in an instrument outstanding in the market at a given point in time. These contracts are generated by transactions between buyers of instrument and sellers of them.

A buy and sell trade together forms a contract and with more unique transactions, more contracts are opened. Open interest (OI) can be found in both Futures as well as Options contracts. In this article, we’ll understand about Option contracts.

How should one read Options Open Interest?

Options open interest is generally seen ‘Strike’ wise where unique instruments (separated for different expiries, calls, and puts) are plotted in a table or chart format.

Options Writers are expected to be the smart money and they tend to have a fair understanding of the market if they expect the market to respect a resistance they would trade to sell that strike which is decoded to be a level of resistance and vice versa for a support with put strikes.

Underlying quoting near highest Put Open Interest after a Correction:

If the underlying instrument is quoting near the highest (or relatively high) level of Put Open Interest and any material Open Interest doesn’t reduce, it can be an indication of a strong support and hence, the instrument can witness pullback/reversal from those levels.

This could be an indication of the underlying expected to be in an oscillating zone with no directional movement. In such situations, deploying an Oscillating strategy like Butterfly, Short Straddle, Short Strangle, etc. could be beneficial.

If a writing is witnessed in At the Money Calls or Puts, that’s an indication of an aggressive trade and the expectation could be an immediate fall in case of a Call writing or immediate rise in the case of Put Writing.

Disclaimer: The author is CEO & Head of Research at Quantsapp Private Limited. The views and investment tips expressed by investment expert on moneycontrol.com are his own and not that of the website or its management. Moneycontrol.com advises users to check with certified experts before taking any investment decisions.