In an interview to CNBC-TV18, Edward L Morse, Global Head of Commodities at Citi Research spoke about the weakness in crude and commodities in general.

Edward L Morse, Global Head of Commodities at Citi Research in an interview to CNBC-TV18 shared his outlook on commodities and global markets.

Below is the transcript of Edward L Morse's interview with Latha Venkatesh & Nigel D'Souza.

Latha: What is the sense you are getting about crude. Are we going to see more of a risk off and sizeably much lower levels vis-à-vis current?

A: Already West Texas Intermediate (WTI) is trading under USD 40 per barrel (bbl) and Brent is heading back towards USD 45 per bbl. I think this is going to be considerably more fundamental weakness in the market and it is combined not just with oversupply but with financial sentiment that is exceedingly bearish. Therefore, good, not only going into the winter but into next year as well and obviously there are whole bunch of global factors behind it including the re-emergence of Iran as a large seller of crude oil.

Nigel: Could you give us some levels on Brent as well as on the Nymex. In the past you have indicated that Nymex can even go ahead and break USD 30 per bbl mark? 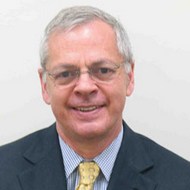 A: It is in the USD 30 per bbl range now and I expect it will be there much of this week. The supply is such that production will have to be shut in. Saudi Arabia wanted to increased production a year ago and then convinced the rest of Organisation of the Petroleum Exporting Countries (OPEC) to go ahead and not cut with effectively arguing that US production and other non OPEC production was going to fall off. We have seen no slowdown in the production of the US or other non OPEC countries, so the market is going to have to find a price level at which expensive oil will no longer be produced and that's a slow process and agonising one and it will bring probably another USD 10 per bbl lower.

Latha: You are looking at USD 30 per bbl figure for Nymex. How soon could that be, in a quarter?

A: There are two things happening. One, on the fundamental side we are moving away from northern hemisphere's high demand season and second, refineries which have been highly profitable have been running all out in Europe and Russia, in the US and in China and they have to go into a very long and deep maintenance season to get the refinery systems in order. However, units to make gasoline have been breaking down. So refinery demand for crude oil is going to plummet. We know that western refineries going to drop demand by about a million barrels a day next month against this month. US refining demand for crude oil is going to fall by another million-and-a-half barrels a day by the time we get to October. So the market is going to get oversupplied into the fall and then there is going to be a combination of actual Iranian crude coming back into the market now likelihood with the ending of sanctions in the Q1 and we expect the financial community to start shorting oil based on the expectation of the Iranian government is correct in what it is saying, they are going to just put as much as a million barrels a day more oil in the market once sanctions removed and they claim they are going to have to do that in order to get that market share and these two features in the absence of significantly higher oil demand growth will weigh heavily on prices.