After a sharp rally witnessed so far in the last 12 months, the market does look expensive and the valuations have stopped making sense, Sanjeev Prasad, Senior ED & Co-Head, Kotak Institutional Equities said in an interview with CNBC-TV18.

“If you look at market valuations, it has stopped making sense. If we look at Nifty, it is trading 20x March 18 numbers, which is still expensive. The bigger challenge is that the composition of Nifty has got nothing to do with India,” he said.

“As much as 60 percent of the earnings are either got to do with global commodity stocks or global commodity companies,” said Prasad. The bottom line is that I really can’t find too much value in this market, he added.

Here is a list of stock which he talked about in his interview: 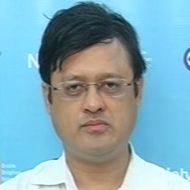 Prasad said he is positive on RIL and the recently concluded press conference with BP which they announced plans to make a fresh investment of approximately Rs40,000 crore is positive. Finally, we are seeing some action on the E&P side which was hardly contributing towards the performance of the stock.

From the valuation side, RIL looks attractive. “If I look at March 19 EPS numbers excluding the Jio business, it would come to be Rs130-135. There is hardly any value in the rest of the space,” he said.

For OMCs, as a house call, Prasad said that we have turned cautious on the whole OMC space. We are negative on all of them given the fact that they are trading at valuations which are fully valued.

The real challenge for these companies is the long-term growth challenge which is fairly limited. The marketing volumes have not increased too much and in fact, there could be a possibility that they would lose volumes to other private players. There is a lot of downside risks.

ICICI Bank & SBI have the right ingredients for significant re-rating. Both the banks have a good business when it comes to liabilities side. ICICI Bank is ahead of SBI in terms of moving into the retail space. Now, more than 50 percent of the loan book is retail while SBI numbers are on the lower side.

But, both companies are clearly in a strong position. The solution of the large corporate loan book problem will be the key in terms of performance. If we start seeing solutions from RBI coming then the gap between the adjusted book and the reported book will come down which would open room for some more re-rating.

We are comfortable with Aurobindo Pharma, said Prasad. From the valuations side, the stock is placed Rs50 EPS for March 19 which looks reasonable. More importantly, the revenue contribution from the US generic business does not depend on few molecules.

Aurobindo Pharma also has a good pipeline for March 18 and 19 which should give comfort to revenue numbers going forward. They seem to be doing right things which is a positive.

If you remember, we increased the weight of HFCs during the time of demonetisation, said, Prasad. LIC Housing was a big call during note ban but removed it from portfolio now.

But, over the last 6 months we have actually reduced the weight and in fact 15 days back we have LIC from the model portfolio. “My only concern is that strong volume growth is contingent on pick up in housing loan finance,” he said.