The correction phase will continue to be dull and slow for the December series as well unless the government brings in new triggers to revive the economy. If there is relief for the telecom sector, the scrappage policy is announced and trade war issues ease, only then Nifty can rebound, said Umesh Mehta, Head of Research, Samco Securities in an interview to Moneycontrol’s Sunil Shankar Matkar.

Q: A lot of buying has taken place in several under-owned stocks this week like pharma, PSU banks etc. What are those under-owned sectors and stocks which could see buying interest in the coming week?

Typically, November has been a bullish month, but this time, it seems that markets will be rather dull. There has been a lot of noise around the fact that quality stocks are extremely overvalued, which has led to buying in under owned stocks such as pharma this week. Other under-owned sectors such as auto and auto ancillaries should gain momentum in the coming weeks, if and when the scrappage policy, is announced.

Q: The market has once again continued to trade in a similar range for the week, though the Sensex touched a fresh record high. The Nifty has been facing strong hurdle of 12,000. What are your thoughts, and do you expect the Nifty to make a record high next week? 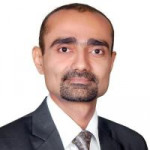 Nifty and majority other indices are currently making a corrective pattern. Despite a stalwart like Reliance’s above average stock performance mid-week, Nifty couldn’t break the magic levels of 12,100. To add to it, a 30 percent increase in volumes in the cash market in Nifty mid-week couldn’t bring about fresh levels, which all proves that markets will continue to correct for some more time before touching new highs.

Q: Asset management companies like HDFC AMC and Reliance Nippon continued to hit life highs. Do you still feel these stocks have lot of potential upside and why?

In the long-term, Asset Management Companies (AMCs) such as HDFC AMC and Reliance Nippon have a lot of room for growth, but from a valuation perspective, these stocks have run up a lot and hence will undergo correction. Investors can get in once the correction phase is over.

Q: The market so far traded with 0.3 percent gains in the November series. Do you expect the Nifty to end the series above 12,000, and what are your expectations for the December series?

There is a higher probability that the Nifty series will end below 12,100 levels. The correction phase will continue to be dull and slow for the December series as well unless the government brings in new triggers to revive the economy. If there is relief for the telecom sector, scrappage policy is announced and trade war issues ease, only then can the Nifty can rebound.

Q: As an investor, will you start investing in PSU banks over private banks after the Essar Steel case resolution?

The Essar Steel Case resolution has brought about a big relief for the PSU creditors. However, broadly, markets are undergoing a correction. Hence, investors can still wait before getting into select few quality PSU banks. But certain private banks too are fundamentally doing well. Hence, the preference will be for quality banks rather than focussing on PSUs or private.

Q: Is it the right time to buy telecom stocks especially after government's assurance of keeping three private players and one public sector player?

Even though the deferral in spectrum payments have brought relief to the incumbents, but there is still a lot of pain left. Stock markets have made a turnaround in these stocks, but the ground reality cannot change in a day. With piles of debt and negative to minimal free cash flows, these companies will take a long time to stand up on their feet. Hence, investors should avoid such stocks as of now.

Same dish costing more on Swiggy than in a restaurant? Here's why
Loading...