'Nifty unlikely to test 12,000; expect the slump in earnings to continue in Sept quarter'

Going forward, the probability of Nifty50 testing the 12,000 mark is remote as valuations may not justify that in the short term. We expect Nifty to trade between 10,600 and 11,600 from here till the end of the calendar year 2019, Rusmik Oza, Head of Fundamental, Kotak Securities said in an exclusive interview to Moneycontrol's Sunil Shankar Matkar.

Q: What is your take on US-China trade tensions especially after the US imposed additional tariffs on Chinese goods which led to a sharp decline in Yuan.

A: The proposed import duty of 10 percent by the US on $300 billion of goods will impact China materially as most of the items are high-tech electronic and consumer goods. China has already run out of raw materials to target; hence their main weapon now is the currency. 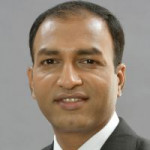 In CY18, a pronounced drop in the Yuan (from $6.25 to $6.95) offset some of the drag from tariffs for China. A cheaper Yuan would help the economy weather the tariff shock. Choosing to devalue the currency would offset the effect on the GDP and narrow the net job losses.

On one hand, the Yuan depreciation could be beneficial for Chinese exporters but it could also lead to capital outflows. Any sharp depreciation in the Yuan could make it tougher for Chinese companies to refinance and also provide an incentive for firms and individuals to take out money outside the country.

Technically, the Yuan is precariously placed at the $7 mark. If it sustenance above this level (i.e. depreciates against the Dollar) and sustain for next few weeks then it has the potential to go down to $7.5-7.6. This will be harmful for other emerging market currencies including the rupee. The Yuan depreciation could potentially lead to FPI outflows from most emerging markets.

Q: What is your take on the RBI policy and what are the challenges?

A: The RBI policy has been proactive in providing liquidity and cutting rates to support growth. Even after the 35 bps repo rate cut our economists are building in further 25-50 bps rate cut. We see downside risk to the RBI’s revised FY20 GDP growth estimates of 6.9 percent due to weak demand conditions and global slowdown.

Core inflation could remain tepid and would offset the uptrend in food inflation. Certain measures taken to improve bank funding to NBFCs is a welcome step. With a view to enhancing credit flow to the NBFC sector, RBI has increased the limits on the bank's exposure to single NBFCs and permitted banks to on-lend through NBFCs.

Q: How have the June quarter earnings fared? Do you expect subdued earnings in September as well?

A: The earnings season is still going on but based on what we have seen so far, we can expect a 5-6 percent cut in Nifty50 earnings forecast for FY20. With 5 to 6 percent cut in earnings estimates the valuations of Nifty50 at 11,900 (pre-results season) and 10,300 (post-result season) will be similar.

We expect the September quarter to be as challenging as the Q1 FY20. This means the asking rate to reach full-year estimates could be a tall order in the second half of FY20. Considering these facts, we feel the earnings forecast of Nifty50 could go down further after Q2 results.

A: A 5-6 percent cut in earnings estimate will elevate Nifty50 valuations again to around 18x above the 11,000 mark. Bond yields in the range of 6-6.5 percent range should allow equity valuations to sustain at 17-18x forward PE. Hence, we do not see any major threat of de-rating in the Nifty-50 equities from current levels.

Going forward any disappointment in the market could be a function of earnings downgrades. For the Nifty50 to rise materially from here two things need to play out - 1) FPI flows need to resume which will hinge on the surcharge issue; 2) activity on the ground needs to pick-up materially reflecting in monthly numbers. For any material rally to take place, Nifty50 needs to sustain above the 200-DMA (placed at 11,150) after which it can go to test the 11,600-11,700 levels.

Going forward, the probability of Nifty50 testing 12,000 mark is remote as valuations may not justify that in the short term. We expect Nifty to trade between 10,600 and 11,600 from here till the end of the calendar year 2019.

Q: A number of stocks corrected 40-90 percent in the last four weeks. In the current slump, which stock do you think can turn multi-baggers in 2020?

A: On a broader basis our preference at this juncture is towards mid & small caps as compared to largecaps. In absolute terms, the Midcap Index has given away 70 percent of the outperformance (over Nifty50) shown during 2014-2017. In the last 18 months, the Small Cap Index has given up most of the outperformance (over Nifty50) seen during 2014-17.

Going forward, maximum upside potential could be witnessed in the BSE Smallcap Index. The Midcap forward PE now trades at a 22 percent discount to the Nifty50 forward PE. The discount is now closer to the lower end of its historic band (i.e. 10-year range).

The current correction and beaten down prices of mid & small caps offer a good time window to accumulate stocks from a 2-year perspective. We advise investors to take advantage of the sharp correction in mid and small caps to accumulate them in the next few months.

Given the poor sentiment and high perceived risk towards corporate governance issues, it is prudent to buy good quality companies having reasonable earnings growth forecast and reasonable valuations (i.e. at or below their 10-year average valuations).

Given the earnings disappointment and downward revision in return ratios, it is not wise to expect stocks to turn multi-baggers in the next one or two years. Investors should be happy if they can spot companies that can double in the next three years. Stocks trading at 8-11x Fw PE with decent earnings growth of 15-20 percent and having around 18-20 percent return on equity have the ability to double in the next three years. For this to materialize, we need economic conditions to improve and ground-level demand to revive in the next few quarters.

Q: Many banks reported an increase in asset quality concerns in June quarter also. Do you expect that to end by the September quarter?

A: The results of banks have been mixed. Even within the private sector banks, we have seen a divergence in asset quality trends. ICICI Bank reported solid quarterly results with normalised slippages whereas Axis Bank saw very high slippages. After three-quarters, SBI also saw slippages rise very sharply.

We expect asset quality of banks to improve in the coming quarters. Most of the banks have been aggressively recognising NPLs and slippages and providing for them adequately. The provision coverage ratio of large corporate lending banks has been above 60 percent. Most of the large banks have reported healthy YoY retail loan growth of more than 20 percent in Q1FY20.