Webinar :Don't miss the exciting session on 'Make in India: Pharmacy of the World' where top business leaders reveal how the life sciences and pharma sector can become more aatmanirbhar. Click to attend:
you are here: HomeNewsBusinessMarkets

Given all the growth concerns, expectations have already been beaten down and we expect companies to largely deliver earnings in line with consensus, said Vipin Khare of William O'Neil India

And if we look into the broader market, only 35 percent of the Nifty Midcap 100 and 27 percent of Nifty Smallcap 100 stocks are trading above their respective 200-DMA, Vipin Khare, Director of Research, William O'Neil India, said in an interview with Moneycontrol’s Kshitij Anand.

Q: Indices went downhill after the Budget. What is causing the panic?

A: The market has moved about 2 percent lower since the Budget, which is not a lot. In the last decade, major policy announcements/changes have not been a part of the budget.  So, to that extent, the budget is no longer as big a driver for individual sectors as it used to be a few decades back. which is good. From here on, it will be back to basics.

Global markets are in a better position at present than they were in December last year. Since January, Sensex has held above 200-DMA after testing the support for few sessions.

We recently shifted the Indian market to an uptrend under pressure, which means investors need to exercise caution while picking stocks. Do not make aggressive entries and book profits in extended ideas. 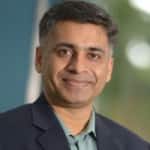 Vipin Khare
Director- Research|William O'Neil India
Q: Most of the auto stocks are under pressure and some of them are even trading below 200-DMA. What is your view?

A: The Indian auto industry grew at a rate of 5 percent in FY19, which was lower than the GDP growth. In the June quarter, there was a double-digit decline in sales - its worst in nearly two decades.

There were no material triggers for the auto industry in the budget. Despite a series of rate cuts, auto sales continue to disappoint, due to liquidity constraints and high cost of ownership.

Above-normal rainfall in July is a respite for the industry. If the overall monsoon is normal, sales may have a turnaround by the end of the year.

Major auto stocks are trading below their respective 200-DMA, having declined 15-20 percent YTD. Among auto stocks, some two-wheeler stocks have held relatively better, aided by improving exports. We will remain on the sidelines until we see some improvement in the sector.

Q: Do you think government's decision to borrow in foreign currencies could be a game-changer?

A: The pros (lower cost of debt, lower domestic interest rates, and improved domestic supply, among others) and cons (rupee depreciation, fiscal targets, higher future borrowing costs, etc ) of this move have been widely debated and are well known.

In our view, the plan to issue a sovereign bond in foreign currency is a prudent step. More than the positives and negatives, the program’s execution will be the key to its success.

While it will start favourably in the short term (lower borrowing cost), if not managed well, it could easily work against us in the long term.

To start with, the plan is to raise $10 billion through foreign currency, which is equivalent to ~9.5 percent of the country’s current sovereign debt or 2.33 percent of current forex reserves.

Small measured steps and a disciplined approach are likely to work in favour of the government whereas large excesses or over-reliance on this method of funding could lead to added complexities.

Q: Indian Markets are trading at higher valuations. How would you invest today?

A: According to our methodology, we feel comfortable investing at these levels given our selective approach of picking stocks with strong earnings growth along with good technical profile, as defined by our proprietary ratings and indicators.

Nifty is trading at a forward PE of ~20x, which is towards the higher side compared to its Asian peers but lower than the trailing one-year average. This is taking into consideration the expectations of 20 percent EPS growth in Nifty companies for FY20.

This is a clear indicator that only a few sets of stocks are outperforming the market and driving the overall valuation.

We would like the market breadth to improve, which can drive the Nifty to new highs. But until then, we recommend investors to concentrate on resilient stocks.

We would avoid technically weak stocks even if they are trading at low P/E. Under the current scenario, Q1 earnings will be a key influencer for the market.

Q: If someone wants to invest Rs 10 lakh now, what should be the portfolio contribution with respect to equity, FDs, gold and debt?

A: This depends on the risk appetite, market condition, and investment objectives of the investor. Historically, equities have outperformed all other asset classes by a huge margin, but they come with their risks. Understanding market direction and managing exposure to equities during an uptrend and a downtrend are equally important.

While staying invested in equities, investors should follow strict buy and sell rules while keeping an eye on market direction. Exposure to equities should be rebalanced based on market conditions, to realize sizable returns.

Q: Due to the new tax proposal in budget, KPR Mill announced the withdrawal of buyback of 37 lakh shares announced in June. Do you think there will be more decisions like these?

A: The management has to find the most effective way of returning cash to shareholders. The proposed tax on buyback proposals does make it less attractive than before.   Moreover, the recommendation to lower the maximum promoter stake to 65 percent from the current 75 percent will also have to be considered.

Before the budget, there were over a dozen companies that had announced a buyback. What happens to these offers will be a good indicator of how companies will react to the proposed changes.

Q: What is your call on June quarter earnings?

A: Given growth concerns, expectations have already been beaten down and we expect companies to largely deliver in line with consensus.

The auto industry has reported a y/y decline in volume sales. Overall, the auto sector revenue will be weak and could decline y/y. A good July monsoon can push Kharif sowing levels to normal. Therefore, consumer companies could accelerate their earnings growth in H2 FY20, helped by the festive season.

Going by the results of large companies, the IT sector is well poised compared with the rest. The pharma sector is expected to report an accelerated growth compared with the previous quarter as pricing pressure and regulatory issues show signs of calming down. The metal sector is likely to remain subdued as end-demand is shrinking. However, the government’s push for infra spending can give impetus to the sector in the coming quarters.

In the banking segment, we could see better capital adequacy, provision coverage, and NIM in this quarter. Banks are expected to report good growth, in both the top line and bottom line.

However, loan and deposit growths are likely to slow during the quarter. Weak auto sales and stagnant real estate will be a drag for NBFCs. Falling bond yields should benefit the government bond holding in public sector banks.