Mutual funds bought and sold these 30 stocks in October; do you own any?

The declining outflow in equity and equity-oriented mutual funds in September (at Rs 734 crore) compared to August (Rs 4,000 crore) indicated that there could be further reduction in outflow in the coming months, but that did not happen in October. In fact, the outflow increased to Rs 2,725 crore in October - fourth consecutive month when mutual funds saw an outflow.

Market's continued upward journey and uncertainty over US presidential election could be reasons for October outflow.

"Broadly, as the markets made all-time high today investors are getting cautious and trying to reduce equity weightage. There is a feeling that markets are ahead of fundamentals and there could be some volatility in coming times, hence appetite for equities is low for now," Akhil Chaturvedi-Associate Director and Head of Sales and Distribution at Motilal Oswal Asset Management Company told Moneycontrol.

The market reported 3.5 percent gains in October and registered 53 percent rally from March 23's low point, while after the certainty in the US with Democratic Party's Joe Biden becoming US president elect, the FII inflow increased sharply in November (to over Rs 33,000 crore) and as a result the benchmark indices gained 10 percent in current month so far, taking the total gains to 68 percent from March 23's low.

"This is not the time to withdraw money from equities because macro conditions portend a new economic cycle, it is for the first time in many years we have seen a quarter where earnings are way ahead of consensus estimates and corporate performance has surprised on the upside," Aashish Somaiyaa, Chief Executive Officer at White Oak Capital said. 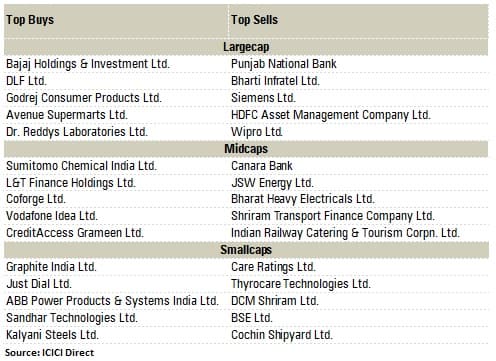 Disclaimer: The views and investment tips expressed by investment expert on Moneycontrol.com are his own and not that of the website or its management. Moneycontrol.com advises users to check with certified experts before taking any investment decisions.
Sunil Shankar Matkar
Tags: #Market Edge #MF News #Nifty #Sensex
first published: Nov 18, 2020 01:00 pm