Currently, Indian economy is under stable state and can manage till crude prices are below USD 70-72 a barrel, will alarm concern if it sustains above USD 75 for longer time.

“For next 12 months, we expect appreciation of about 10-12 percent with 11,450-11,650 target level for Nifty. After Gujarat elections, focus will revert to fundamentals and earnings,” Yogesh Mehta, VP- Retail Research, Motilal Oswal said in an interview to Moneycontrol’s Sunil Shankar Matkar.

Q. The Nifty is expected to close the year with more than 20 percent gains. What are your targets for the next 12 months (up to December 2018)? 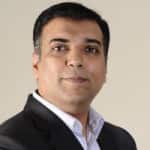 Q. Apart from Gujarat elections, what are other key events that will keep markets higher in 2018?

A. In 2018, assembly polls will be held in Chhattisgarh, Karnataka, Madhya Pradesh, Meghalaya, Mizoram, Nagaland, Rajasthan and Tripura state and the Union Budget will keep market volatility high.

Q. How important are these state elections ahead of General Elections 2019?

A. These assembly elections in some large territories are very important as it will have an impact on the upcoming 2019 General elections.

Q. Will reforms announced by the Modi government revive the Indian economy and earnings before general elections 2019?

A. Modi Government’s primary agenda was to boost economy and it has announced many a structural reforms like GST, demonetisation, digitisation, Make in India, Direct Benefit Transfer etc. The impact and effect will definitely be seen over next 12 months before general elections.

Q. Midcaps outperformed the Sensex in 2017. Do you think it will continue to outperform in 2018?

A. Midcaps delivered around 45 percent returns compared to Sensex returns of around 26 percent, and are likely to continue delivering higher earnings growth as these companies are largely domestic-focused. Continued strong flows by domestic institutions will also help.

Q. Could crude hovering around USD 60-65 a barrel be a big concern for the Indian economy? At what levels of crude prices can India manage its economy?

A. Currently, Indian economy is stable and can manage until crude prices are under USD 70-72 a barrel. Concern will be if it sustains above USD 75 for longer time.

Q. Top five sectors which you think stand to gain in 2018?

A. Auto, cement, consumer, healthcare and infra are five sectors that will gain in 2018.

It is well placed to ride on premiumisation trend. Husqvarna and KTM present an opportunity to drive contract manufacturing volumes by 3x over the next few years. Expect total volumes to grow at a CAGR of 10 percent over FY17-20. Net revenue should grow at 14 percent and PAT should grow at 16 percent CAGR over FY17-20. Valuations at 17x FY19E and 15x FY20E consolidated EPS are attractive.

Bajaj Auto owns little over 48 percent stake in Austrian off road bike specialist KTM who in turn owns Husqvarna. Husqvarna bikes will be sharing platforms with bikes made under KTM and Bajaj bikes when they start getting made at Bajaj’s Chakan plant in Pune.

Disclosure: Motilal Oswal Financial Services (MOFSL), the spokesperson or his relatives, do not have financial interest in the securities mentioned above. The spokesperson has not served as a director, employee or officer at the subject company in the last 12 months. MOFSL or its associate might be involved in market making for the subject company or have potential conflict of interest.

Consolidated operations with capacity of 15.5mt, it is among the largest in the Satna cluster, with around 22 percent market share. Acquired subsidy Reliance cement is operating at 74 percent in first half of FY18 due to sand mining ban in UP Eastern operations witnessed good demand coupled with higher share of premium products.

The stock trades at 10x/9x FY19/20E EV/EBITDA and EV/tonne of USD 120 on FY20 capacity. We increase our valuation multiple given the strong performance reported by the acquired subsidiary and value BCORP at INR1435 at 11.5x FY20E EV/EBITDA.

Company has delivered consistent healthy performance in a difficult operating environment. Rapidly expanding distribution, continuing investment in R&D and significant expansion of its own manufacturing indicate management’s optimism about the growth prospects. Guwahati factory will be operational in six months.

Company is investing in capacities for the international business as well. It is setting up a factory in Mundra SEZ and another factory in Nepal. Opportunity beyond biscuits is also substantially high. Continuing premiumization, significant incremental cost savings and a favourable commodity cost outlook mean that 15 percent EBITDA margin is achievable.

Company exports to over 125 countries across the globe with more than 70 percent of its revenues derived out of international operations and among the largest filers of DMFs and ANDAs from India. It is well poised to outperform its peers in the current circumstances because of strong US pipeline, diversified product mix (top-25 products accounts for around 35 percent of sales) and no pending regulatory issues.

Cumulatively, Aurobindo has filed 463 ANDAs in the US and has received approvals for 3334 products (includes 40 tentative approvals). It has transferred manufacturing of 74 products from Europe to India. Europe market increased on back of high growth across all countries and expects growth momentum to continue in key Europe markets like UK, Germany and France going forward.

Company sees robust business opportunity coming up in the road sector post the Bharatmala project announcement – the company expects annual awarding from the NHAI to be ~INR800b in FY18 versus Rs 60,000 crore in the previous year. Company has maintained its standalone revenue guidance of Rs 3,800/4,500 crore for FY18/FY19, and expects the operating margin to be in the range of 11-12 percent and traffic growth to be around 10 percent in second half of FY18.

Order inflow is expected to be around Rs 7,000 crore for FY18. Management has reiterated its commitment to reduce debt incrementally by around Rs 200 to Rs 1,250 crore by end-FY18. The river-linking and Metro projects to provide massive business opportunity over the medium term.

Government has announced plans to inter-link more than 60 rivers across India to reduce floods and address the issue of water shortage in India. Company is well placed to take advantage of the upcoming opportunity in the Rs 7 trillion road sector, given its execution capability, management bandwidth and recent balance sheet improvement. Over FY17-20, we expect a CAGR of 17 percent in revenue and 16 percent in earnings.

As we are near the year-end and no major events (apart from Gujarat elections) lined up, next key events are earnings and Budget. What are your expectations from the last full-fledged budget of the Modi government?

Election overhang is largely behind post winning in UP and Gujarat after big structural reforms like demonetization and GST which have created short term disruption. Focus will revert to fundamentals and earnings, expect recovery in earnings led by low base of demonetisation.