Markets are hopeful the worst is behind them. Will central banks play ball?

Stock markets jumped with joy after another outsized hike in the policy rate by the US Fed, in the hope that most of the monetary tightening is behind us and a slowing economy will force rate cuts next year. They seem to believe the Fed ‘put’ is not dead, but merely in a coma, and it will soon be back at its job of supporting the markets. We had pointed out last week that a rebound in equities was very likely as a reaction from ultra-bearish sentiment, fuelled by plenty of cash with fund managers. As this FT story, free to read for MC Pro subscribers, says, investors were desperate for the slightest sliver of good news from Jay Powell, and it shows.

A related debate is whether the US is already in a recession, with the latest GDP figures showing two consecutive quarters of contraction. The markets have so far brushed aside this risk and my colleague Anubhav Sahu has pointed out that valuations are not factoring in significant demand destruction. The IMF revised down its projections of global growth this week.

But why will the US Fed precipitate a recession? One school of thought believes the Fed is groping in the dark, a belief strengthened by Jerome Powell’s startling remark, “I think we understand better how little we understand about inflation.” But there’s another, more potent, reason. At his press meet after the policy announcement, Powell was at pains to underline that the labour market in the US was in fine fettle and the tightening of monetary policy would cool it down. As this article says, the state of the labour market is key to the US monetary policy stance and as long as the job market remains strong, the Fed will go on tightening. It’s quite possible that this will result in a recession, as happened during the Volcker years.

Will that affect Indian IT companies? This article approvingly quotes Rishad Premji, Wipro’s executive chairman, who said the sector is “recession-proof”. We analysed the prospects for Infosys, Mphasis, Coforge, Persistent Systems and Tech Mahindra and pointed out that Cognizant’s guidance belies Indian IT’s optimism. The withdrawal of liquidity has affected start-ups in India and there’s much talk of a start-up winter, but this analysis shows the situation is hardly that bad. 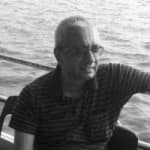 The advance PMI indicators for the US and the Eurozone are also signalling a contraction in output, but we argued that may not necessarily be bad for India. Mohamed El-Erian, the president of Queens’ College, Cambridge, writes in this FT article that while investors still need to tread warily in emerging markets, they could focus on sovereigns with large international reserves. India should fit that bill.

The contagion from the US markets is passed on to commodities and emerging markets via the dollar. Economist Barry Eichengreen says if the US economy and inflation weaken, the Fed is likely to pause and the US dollar could reverse direction. Ajay Bagga says a peak in the USD will revive flows to emerging markets. In fact, the dollar Index has already come down and foreign portfolio flows have started coming back, bringing much-needed relief for the rupee. Here’s a deep dive into what determines valuations in Indian markets and why we have a premium to others.

Our Economic Recovery Tracker is seeing a recovery in rural sentiment. A recovery is also seen from the upbeat results of financial firms -- ICICI Bank, Axis Bank, Kotak Mahindra, SBI Life, Home First Finance Company and Bajaj Finance -- but what you see may not always be what you get. Among consumer firms, Asian Paints, Crompton Greaves Consumer Electricals and Jubilant FoodWorks showed decent results for the June quarter, but here’s a note of warning from two giant MNCs, while Dixon Technologies had mixed business internals. Our Monsoon Watch pointed to the regional disparity of the rains, which has affected paddy sowing.

Among the infrastructure sector firms, L&T’s results were impressive and what’s even more encouraging, private sector orders have begun to pick up. But this piece on UltraTech says the demand environment for cement remains uncertain. The outlook for global cyclicals such as steel is also clouded, reflected in our analyses of JSW Steel and Tata Steel here and here. And then there’s Zomato.

There has been a deluge of June quarter results, analysed in depth by our Research team and we would urge subscribers to go to our Research section for their insights. Do check out whether companies' performance and outlook justify their valuations.

Our regular features this week included Crypto Conversations on the use of blockchain in real estate; the Green Pivot on investment in waste recovery systems in cement firms as energy costs soar; Personal Finance, which tells us how to shockproof our investments from exits by star fund managers such as Prashant Jain; and Strategy Lab, which backtests the trading strategies readers send in. The Eastern Window looked at the US lobby putting pressure on President Joe Biden for a less confrontationist attitude to China.

Howard Marks, in this FT piece, told us why investors should be patient. He writes, “If you wait at a bus stop long enough, you’re guaranteed to catch a bus. But if you run from one bus stop to the next, you may never catch a bus.”

We also had stories on the politics of selecting Jagdeep Dhankhar as the NDA’s vice-presidential candidate; the need to discipline fintechs in the bond markets; the government’s latest order on renewable power obligations, which could lead to a tussle between the Centre and the states; contingency plans to stabilise the rupee, as in 2013; why the EU easing sanctions on Russia is too little, too late; who benefits and who loses from data localisation; India’s ambivalent stance on cryptos; and China’s dominance in critical EV inputs.

With the Monetary Policy Committee deciding on the policy rate next week, we looked at how the end game is likely to play out for inflation and bonds and wrote on implications of the liquidity squeeze in money markets. And while monetary tightening to rein in inflation is all very well, spare a thought for the massive fiscal deficits too.

To be sure, the road ahead is fraught with peril, with central banks having to steer a tricky course between the rocks of inflation and recession in waters getting shallower by the day as liquidity ebbs. But the markets are hopeful the worst is behind them and the central banks that have indulged in their whims for over a decade will not let them down. That hope seems to be enough for the markets to start singing this song.