High inflation implies higher interest rates, which can be negative for global and domestic equity markets

Acceleration in inflation and a slowing Indian economy are concerns at the top of the minds of domestic asset managers, the latest edition Moneycontrol’s Market Sentiment Survey reveals.

The survey saw participation from nine fund managers who together manage assets worth Rs 3.2 lakh.

Runaway increase in product prices has been the biggest concern of investors and central bankers in 2022, with global inflation hitting near record highs. 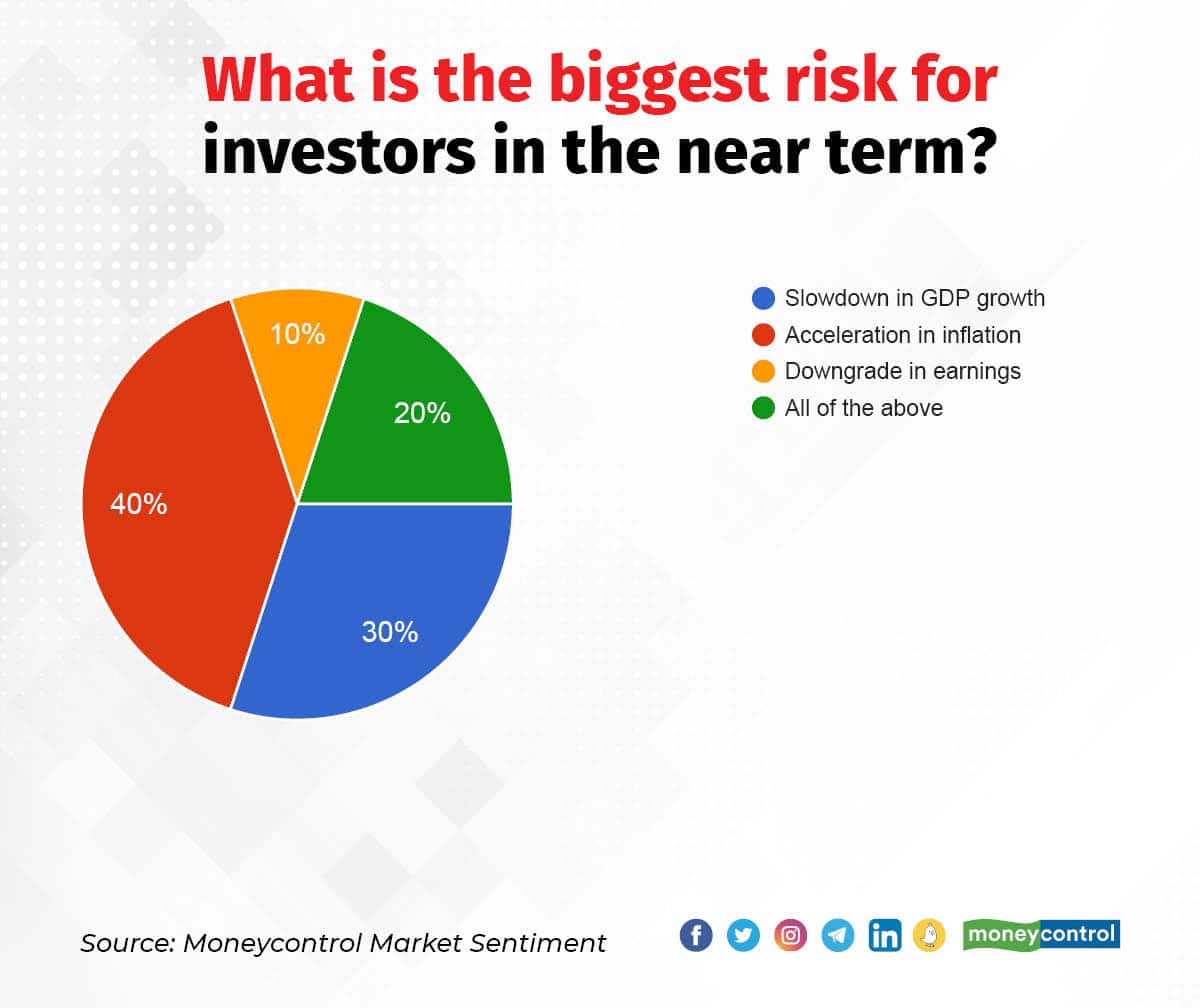 At home, the Reserve Bank of India has suggested that inflation may have peaked in April even though it remains above the Monetary Policy Committee’s target of 4 percent. Fund managers, however, fear a revival in global oil prices, which recently corrected sharply, could force central bankers to continue their rate-hike spree for longer.

High inflation implies higher interest rates, which can be negative for global and domestic equity markets as the cost of capital increases in the economy.

US Federal Reserve Chief Jerome Powell’s suggestion that the American central bank will continue to tighten policy rates triggered a global sell-off on August 29, as investors had expected some leniency. 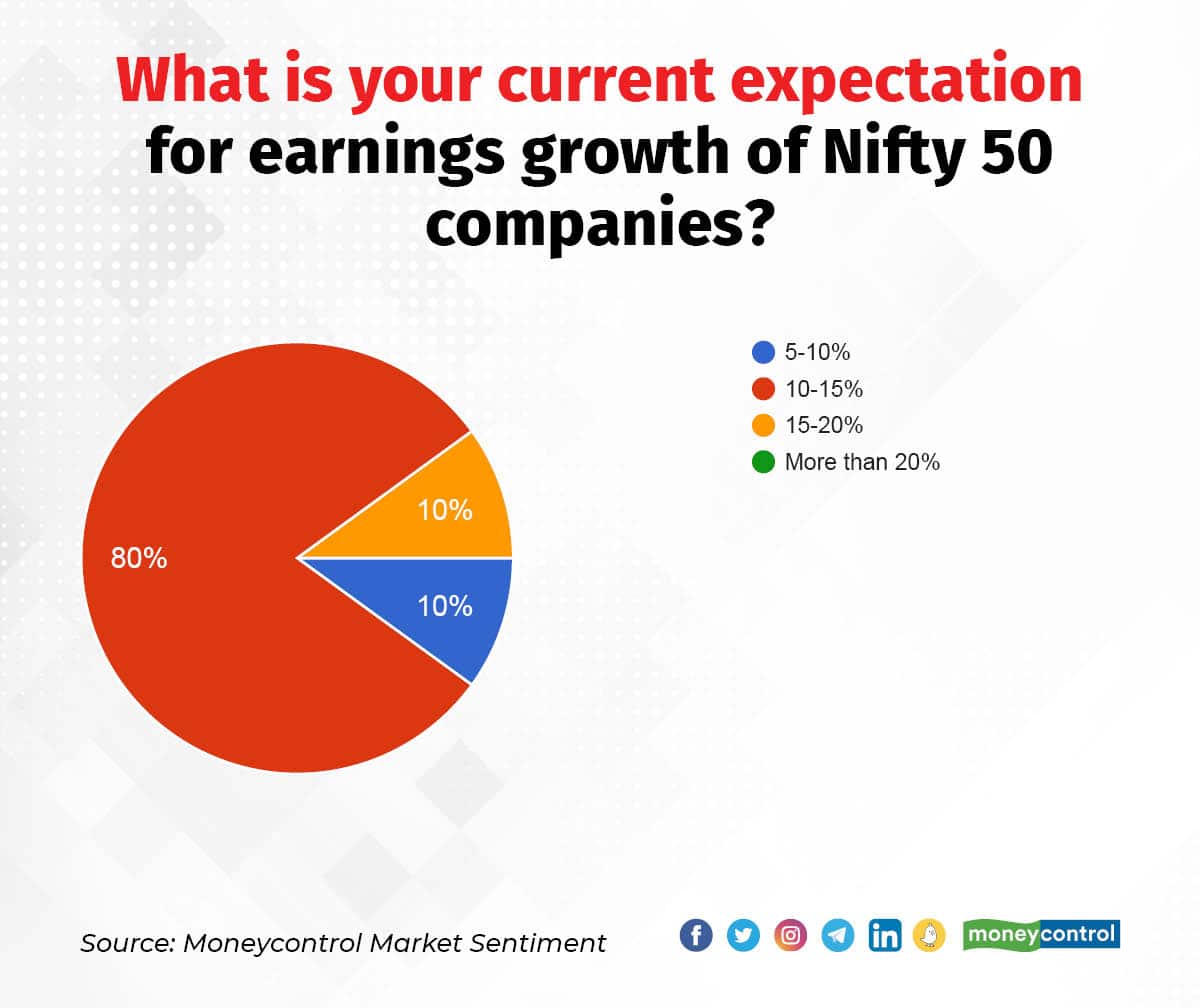 After the near 15 percent rally in the benchmark indices since hitting a 52-week low in June, fund managers now see a limited upside of up to 5 percent for the Nifty and Sensex for the remainder of the year. 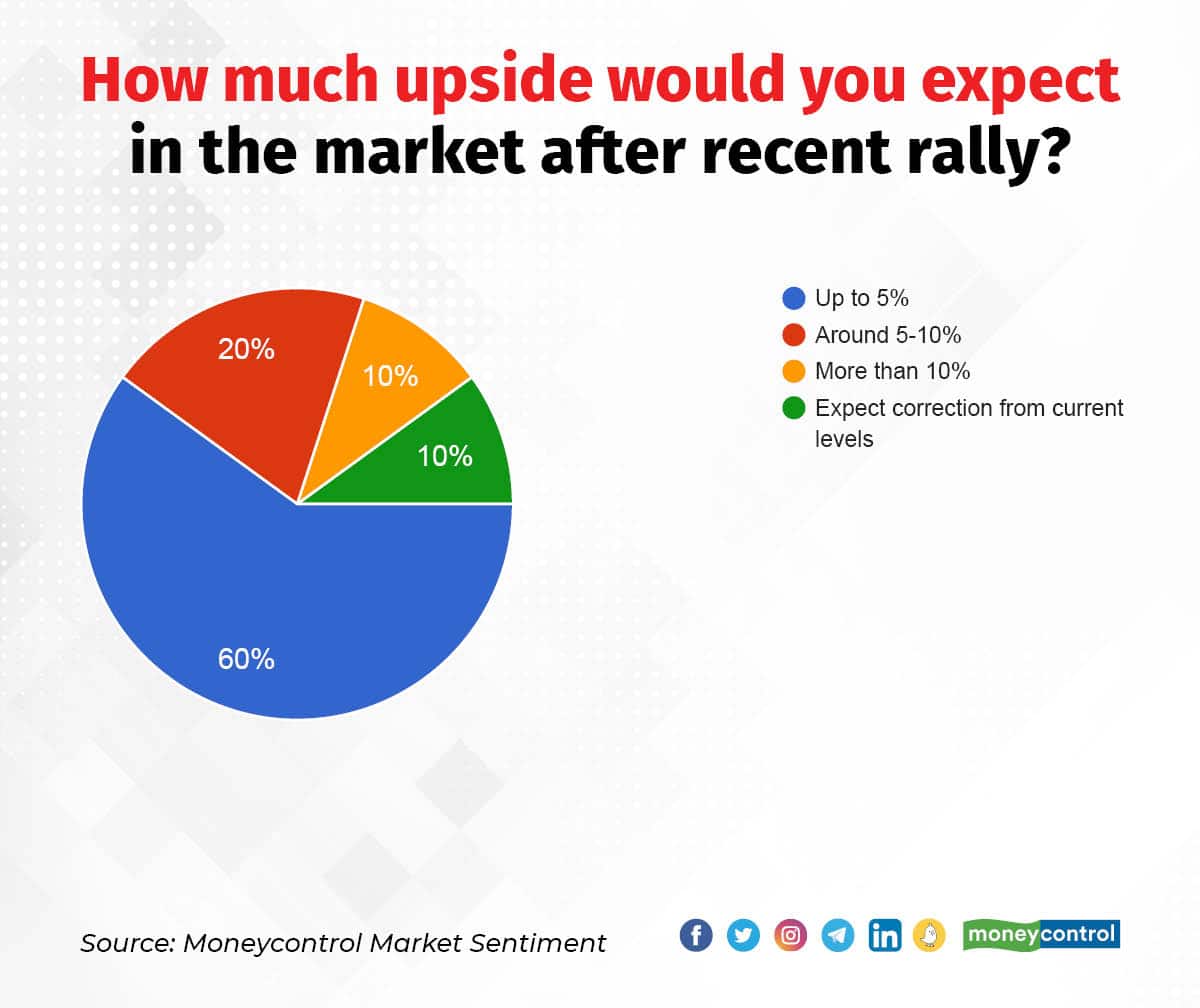 Further, most of the surveyed managers expect smallcap and midcap stocks to continue to outperform their largecap peers in 2022-23. The Nifty Midcap 100 index has risen more than 24 percent since mid-June, when it hit a 52-week low, while the smallcap index has climbed 21 percent in the same period. 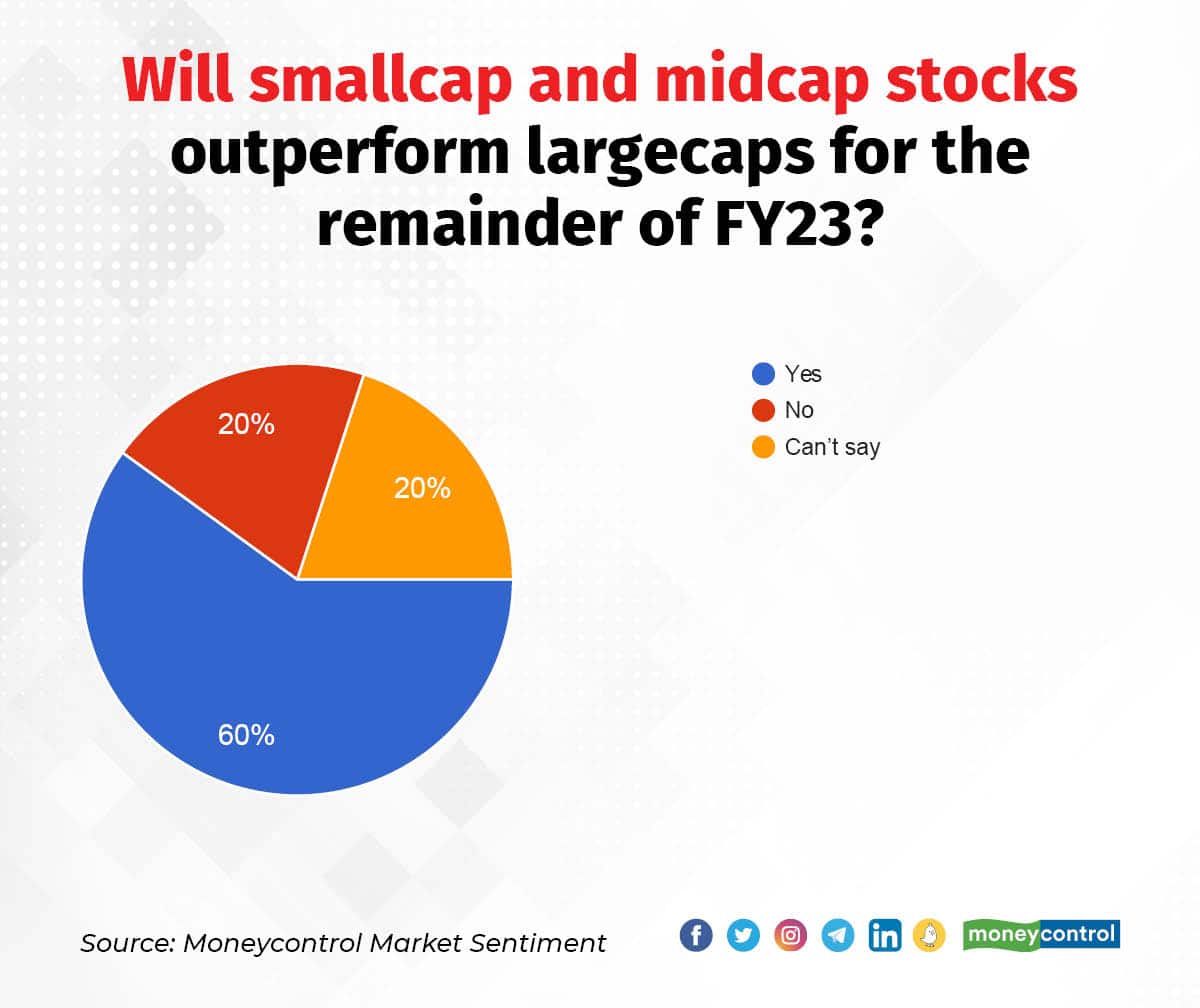 In terms of deploying their incremental capital, fund managers spoke of sectors such as real estate, banks, capital goods, fast-moving consumer goods companies and cyclical stocks. That said, fund managers see a further deterioration in the outlook for the metal and information technology sector. 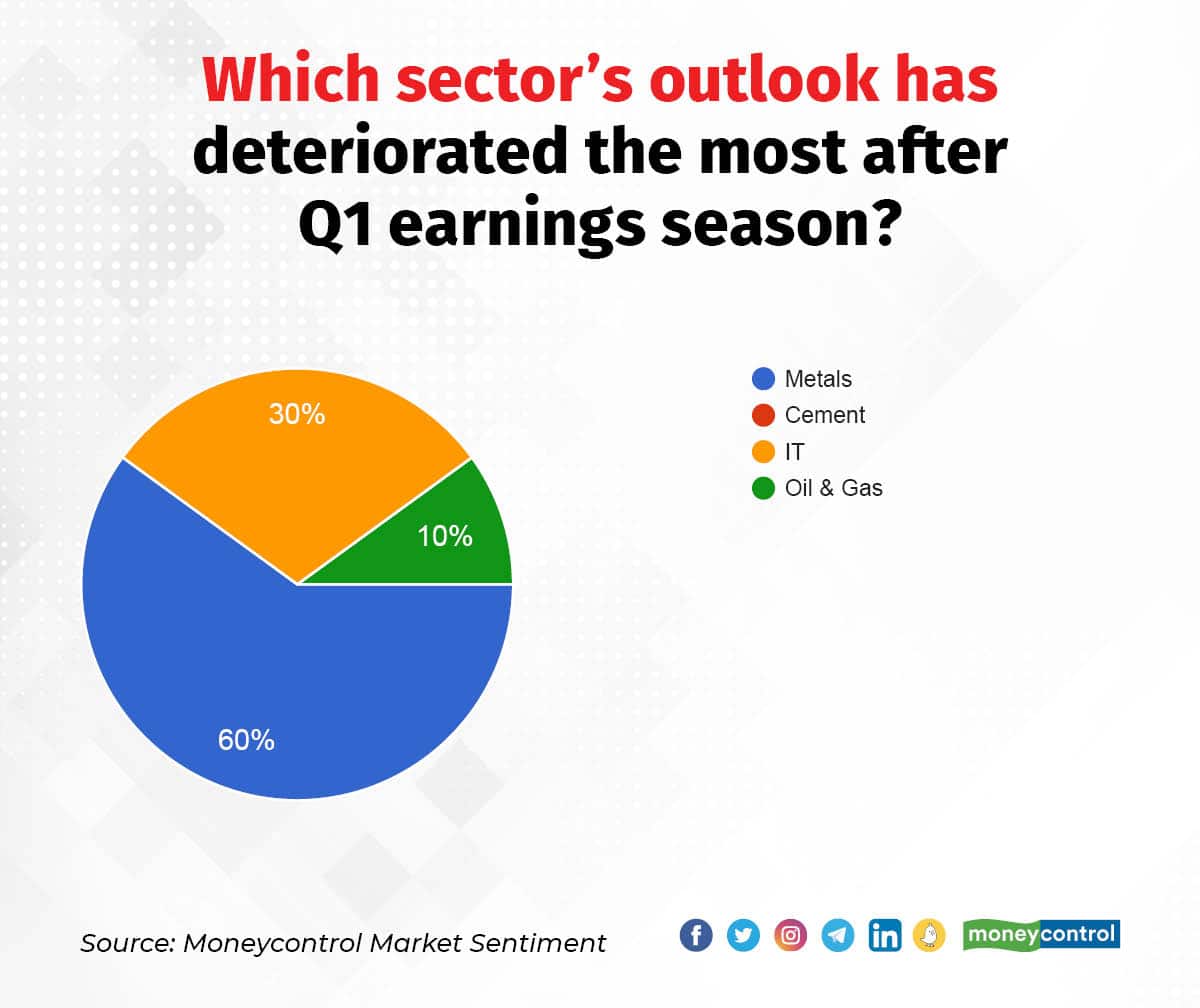 On the rupee, most of the fund managers surveyed by Moneycontrol expect the currency to remain in the 78-80 per dollar territory. The rupee sank to a record low of 80.13 to a US dollar immediately after the market opened on August 29. Disclaimer: The views and investment tips expressed by experts on Moneycontrol.com are their own and not those of the website or its management. Moneycontrol.com advises users to check with certified experts before taking any investment decisions.
Moneycontrol News
Tags: #Market Edge #Market news
first published: Aug 29, 2022 11:31 am

Nobel Prize announcements to begin next week. 5 facts about the honours