172@29@17@240!~!172@29@0@53!~!|news|business|markets|mkt-entering-air-pocket-like-city-union-bank-hdfc-securities-995944.html!~!news|moneycontrol|com!~!|controller|infinite_scroll_article.php!~!is_mobile=false
Subscribe to PRO at just Rs.33 per month. Use code SUPERPRO
you are here: HomeNewsBusinessMarkets

The global macro worries have been a persistent problem for India's pick-up. The Fed rate hike is looming and so is the Brexit threat, says Dipen Sheth, Head-Institutional Research at HDFC Securities. He also likes Cholamandalam Investment.

Markets have been flat over the last six months, barring a crack in February owing to global worries, said Dipen Sheth, Head-Institutional Research at HDFC Securities.

"We are entering airpockets. The global macro worries have been a persistent problem for India's pick-up," he said, adding that the Fed rate hike is looming and so is the Brexit threat.

He predicts India Inc to grow in high single-digits in FY17.

Among banks, his top picks include City Union Bank. The bank is seeing a turnaround and its cost structures are in place, he said. 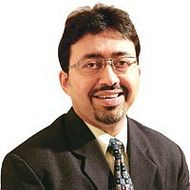 "It is India’s best-run regional bank," he said.

Cholamandalam Investment is not cheap, but it is a top-class small-town lending bank, he said. A 20-25 percent asset growth for this company is a given, he said.

Below is the transcript of Dipen Sheth’s interview with Latha Venkatesh and Reema Tendulkar on CNBC-TV18.

Latha: The markets have just refused to breakdown below the 7,700 mark, but we have a cloud of global events lined up next month. Mid-June is the Fed decision. The British exit or referendum is on 23rd. Will 8,000 prove to still be a resistance or do you see us breaking past?

A: Let us zoom a little bit backwards and see what has happened in the last six months? We are roughly flat over the last six months. It does not mean that we have been uniformly flat. There was this big crack in February, one because of monsoon worries and more because of global events around that time. And again, we are getting into an air pocket of sorts, when it comes to external concerns. So, these global macro worries are persistent. They are very real and they continue to pose external challenges to India’s pickup and revival. The Fed rate hike is looming, Brexit looks like it may just happen, although there are official noises from the government itself in Britain that maybe this is not a good idea.

Look at the funny situation. Yesterday, we were talking in most channels about 17 consecutive months of exports decline or some such. And however, this is the only large economy in the world that includes China, which is in the midst of structural change. We have made a very clear shift over the last two years and it is a good time to say this and thump the table for the Modi Sarkar. Not that I do not find things wrong with them, we will come to that in a bit, but the mai-baap socialism and crony capitalism and all that is suddenly looking like it belonged to some other century.

Latha: what is all this adding up for earnings? That is what we are worried about.

A: It is clearly not visible in this quarter, although there is a little bit of a rumbling and at an aggregate level, you might miss the wood for the trees. But, the mai-baap socialism, crony capitalism fading away decisively, for the first time I would say since independence. Economic liberalism – this is a term that Uday Kotak used recently. I would add to that targeted welfare. It has begun.

Latha: We have got this a lot from half a dozen ministers who have spoken on the channel. But, would you up the earnings growth forecast for FY17? What are you standing at now? All these years we have been starting off at 17-18 percent and then scaling it down to low single digits.

A: We will do high single digits, at best low double digits. The first rumblings of quality, breaking free and bad quality going nowhere is already happening in the way stocks are behaving. I was just looking at my stock radar from the 125 odd stocks that we cover. And last one month, what is the market telling me? The last one month is when the result season has really been spewing out numbers at us. Five of the top-seven losers are public sector undertaking (PSU) banks. So, this is one failure. It is clear, the market is telling you something.

Punjab National Bank (PNB) right now, I had an argument with my banking analyst this morning on FY16 numbers. Ex-revaluation reserves, PNB is trading for something like 9x price to adjusted book value. Such has been the erosion in adjusted book value despite the crack in price to Rs 70 odd levels or whatever it might be. It is absurd. Adjusted book value for PNB is probably such a small fraction of its assets and I would say indeed it is deposits. It looks scary. Now, it is just that you might show capital adequacy by not accounting for net non-performing assets (NPA) right now.

Somewhere the serious stress in the system and Bank of Baroda (BoB) has been punished for a bad quarter. Last quarter I was here praising the management and I still think they are a world class management, especially led by Jayakumar. But, the second consecutive quarter of bloating NPA books, despite an alleged complete clean up and there are good reasons for that. This is the hurdle.

A: So, five of the top-seven cracks are in the PSU banks.

A: Not all private banks are expensive. Look at a very well-run private bank and this comes on the back of my persistent support for Federal Bank.

Look at City Union Bank. They have had high slippages this quarter as well. But, look at the net reduction in the stressed book. So, net NPAs plus restructured book has reduced this quarter. How many banks have shown that?

There is a complete turnaround happening and the cost structures are in place in City Union Bank. They have grown at less than traditional growth rate of 20-25 percent for the last two or three years. They have added costs, they have added branches. There is going to be crazy operating leverage when that plays out and you will say they are available for 1.5 times your adjusted book value number for FY18.

I am saying in another year’s time, people will be looking at the FY19 numbers, which will probably go even as they are being produced by analysts on spreadsheets, will go through upgrades in six months of being produced.

Reema: So, City Union Bank is looking good in the banking space?

A: Most certainly. I will go out on a limb and say that it is probably India’s best run small or regional bank on current form.

Reema: You told us about City Union Bank, a quality stock which you will still recommend a buy. You have got three others, Navin Fluorine International, V-Gaurd industries and Cholamandalam Investment and Finance Company. Take us through those.

A: I have spoken earlier on your channel on both Cholamandalam and Navin, but quickly to encapsulate the thesis in each of these stocks. Cholamandalam is not cheap. They are 3.2-3.3x on FY18 adjusted book value. But, this is a top class small town lending franchise.

Remember, banks for the foreseeable future are going to be hamstrung and challenged in terms of reaching out to small town India, whether it is businessmen, whether it is one truck, two truck owners and so on. They are in the commercial vehicle finance business in mid-town India, if you can call it that.

The term they use is the top of the bottom of the pyramid and it is a wonderful little niche. And there is a lot of action happening there. One good monsoon and the kind of tailwind that they will get for asset growth is incredible. They have scaled up over the last three years or so assiduously to more than 500 branches all over the country. More than half of these are already into small business lending as well apart from vehicle finance.

I think small and medium enterprise (SME) India is going to go somewhere, whether it is individual vehicle owners, whether it is small businessmen in the next two district capital towns or district capitals and so on. 20-25 percent growth for this company, asset growth is a given here on. And for that kind of growth potential, they are again very lovely users of technology. So, the scale up is going to happen with a less than commensurate rise in costs and a falling of stress.

Latha: They have risen by about 50-55 percent trailing in the year. Shriram Transport Finance Corporation has risen maybe less than 40 percent in the year and Mahindra & Mahindra Financial Services has risen barely 16 percent year-on-year. So, is there more value in the others?

A: There is certainly value. To my mind, there is a lot of value even today in M&M Financial because the thing is the reaction of business metrics in M&M to rural stress is very pronounced. It is much more than what it is for Cholamandalam. So, it is a very strong and concentrated play on rural India’s economic health.

So, if you want to play the monsoon, the stock has run up some 40 odd percent in the last month, if I am not mistaken. After this run up, concrete good news on the monsoon and revival in asset quality can certainly take up M&M higher. So, we will hold our horses there a bit given the sharp run up in the recent past, but if you tell me, are they a secularly great business like Cholamandalam? There is a slight edge that Cholamandalam has in terms of the overall quality and vulnerability of the business to little cyclical stresses. It is also a cyclical business, but M&M is much more so. They are both excellently managed companies. Let me not distinguish on management quality or any such thing there.