Market Week Ahead: 10 key factors that will keep traders busy this week

Ajit Mishra of Religare broking said the market would continue to see the overhang of the Union Budget next week as well.

The BSE Sensex corrected 4.5 percent and the Nifty50 shed 4.8 percent during the long week ended Saturday as Budget failed to meet high expectations of the Street.

Major negatives that dented market sentiment were no mention of LTCG, introduction of new personal income tax regime with riders, marginal increase in stimulus package for rural, infrastructure and transportation etc, while positives were abolition of dividend distribution tax on corporates, increase in insurance guarantee on deposit to Rs 5 lakh from Rs 1 lakh earlier and increase in FPI limit in bond market to 15 percent from 9 percent.

Experts feel the sentiment may remain negative due to budget and fast-spreading coronavirus in coming days, while the focus would shift to December quarter earnings.

"Budget was below the par considering that market had very high expectations from the government. Since the event is over, the focus will now turn to ongoing Q3 announcements and how global events unfolds in the near term," Vinod Nair, Head of Research at Geojit Financial Services told Moneycontrol.

Ajit Mishra, VP Research, Religare broking said the market would continue to see the overhang of the Union Budget next week as well. Besides, weak global cues would further add to the participants’ worries, he added.

Major selling was seen across sectors barring Nifty IT as indices fell 1.5-8 percent. The broader markets were also caught in a bear trap with Nifty Midcap and Smallcap indices falling 2.7 percent each.

Here are 10 key factors that will key traders busy this week:

After the Budget, the focus shifts back to December quarter earnings. We are in the middle of the earnings season and so far the results have been in line with expectations/

Globally, the key factor to watch out for would be Coronavirus, which dented global sentiment since January. In fact, it raised fears of potential impact on global economy - especially China which is the major consumer and supplier of several products to the world.

China's National Health Commission confirmed that the virus has taken 304 lives and so far there are total 14,380 cases now, including 45 deaths and 2,590 cases reported through the February 1 in Hubei province, where the virus first appeared. In addition, the first death outside of China reported in the Philippines and so far there were two cases in India itself, while many countries suspended flights to China.

In fact, it was one of the major reasons for the sharp fall in equity markets globally.

The outflow of foreign institutional investors money was one of the major reasons for a sharp correction in Indian equities during the week, especially ahead of the Budget.

FIIs were net sellers to the tune of more than Rs 9,100 crore worth of equities throughout the week ended Saturday and as a result, they turned net sellers for the first time in last four consecutive months, selling Rs 5,359.5 crore worth of shares in January.

However, domestic institutional investors net bought nearly Rs 6,400 crore shares in the week gone by, but that was less compared to selling by FIIs. Hence, FII flow would be closely watched in the coming week.

The Monetary Policy Committee will begin its three-day policy meeting on February 4 and the RBI will announce the interest rate decision taken by the MPC on February 6.

The consensus suggests that the repo rate is likely to unchanged at 5.15 percent given the high inflation, but especially after Union Budget, the commentary about inflation and growth forecast considering the ongoing economic slowdown and global data points would be keenly watched.

"RBI's hands are tied in the wake of rising inflation. There is no expectation of a rate cut from RBI in February," Deepthi Mathew, Economist at Geojit Financial Services told Moneycontrol.

"With inflation likely to remain 120-320 bps above the MPC's comfort zone of 4 percent until November 2020, we believe that the MPC will find it difficult to ease its monetary policy further, especially given the risks of fiscal slippage," Kotak Securities said.

CPI inflation jumped to 7.35 percent in December 2009 as food prices increased, much higher than RBI target.

Oil prices (international benchmark Brent) corrected sharply from around $65 a barrel levels to $56-57 levels since January 20 due to fears of likely impact of Coronavirus on China and other global counterparts, and amid concerns that travel restrictions to China by several countries may affect fuel demand.

China is a major consumer for commodities and any slowdown in economic activity may affect demand.

But for a country like India, this is a good thing as India imports around 85 percent of the oil requirement. So oil would be a key thing to watch out for going ahead as it helps India manage fiscal deficit to a large extent.

Markit Manufacturing PMI data for January will be released on Monday, and Services PMI numbers on Wednesday.

The Rs 1,400-crore further public offer of state-run telecommunications technology company ITI will remain open for subscription till February 5. The issue, so far, has subscribed 58 percent.

The Nifty50 fell sharply and had broken the 200-day moving average (which is placed at 11,650) intraday on Friday, though managed to defend the same level at closing. The index closed at 11,661.85 and formed a large bearish candle on daily as well as weekly scale, indicating the weak sentiment for few more sessions and experts advised staying neutral till the trend gets reversed.

Options data, which is scattered at various strikes being the beginning of the new series, indicated that the Nifty could trade in a lower trading range of 11,300-11,900 levels in coming sessions, experts feel.

India VIX moved up by 8.19 percent from 15.56 to 16.84 levels on weekly basis. VIX continued its surge for fifth consecutive week and higher volatility suggests bears grip in the market, Chandan Taparia of Motilal Oswal said.

The sentiment indicator, India VIX, which is near 17 levels, is still a cause of concern for the bulls and it has to cool down below 14 levels, Nilesh Jain feels. 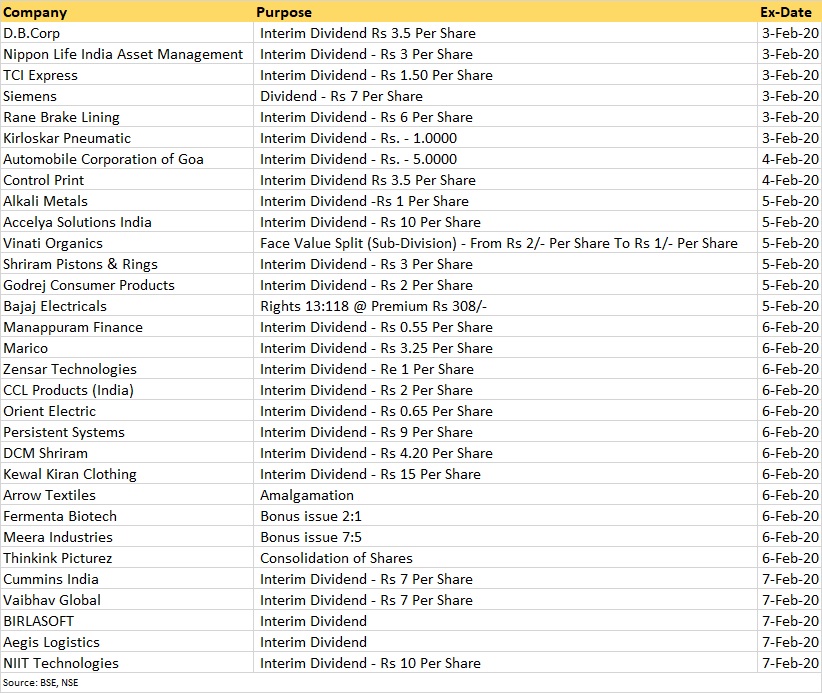 Where Is Crude Oil Headed?