172@29@17@247!~!172@29@0@53!~!|news|business|markets|market-seen-correcting-on-rupee-crude-concerns-see-some-fatigue-in-urban-consumption-2913861.html!~!news|moneycontrol|com!~!|controller|infinite_scroll_article.php!~!is_mobile=false
FREE virtual training session on Passive Income Secrets: October 24 and 25, 2020, 10am to 1pm. Register Now!
you are here: HomeNewsBusinessMarkets

The market has been on correction and consolidation mode after hitting record high in previous week, thanks to declining rupee and rising crude oil prices which may hit current account deficit.

The market has been on correction and consolidation mode after hitting record high in previous week, thanks to declining rupee and rising crude oil prices which may impact current account deficit.

"There seems to be a bit of elevated concerns of weakening rupee and brent crude touching USD 80 a barrel. So markets will have some negative bias or consolidation around current levels factoring current risk," Harsha Upadhyaya, CIO Equity, Kotak MF told CNBC-TV18.

He feels the Reserve Bank of India could hike repo rate in October but it is too early to say. 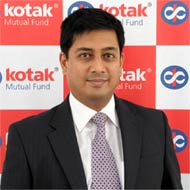 After the smart growth in urban consumption for last 5-6 years, there could be some fatigue or consumption pattern could change which will have some impact on growth, he said. "Most companies which have raw material connected with crude oil prices will have impact, including manufacturing sector."

"The weak growth is expected after having growth for several years. We see some more softening in growth and accordingly we have restated our position in the sector. Valuations are conern for growth but we were aware of it," Upadhyaya said.

Kotak MF has some stocks from defensive sectors like IT and Pharma. It also has some exposure to FMCG stocks though valuations are not cheap. "But we think FMCG should provide some defensive support to our portfolio," he said.

The fund house also has sizeable exposure to banking sector as Upadhyaya feels NPA cycle is falling towards end of FY19 and credit cost should get normalised soon. "We are strong on banking sector."