Market could be discounting hope for no virus risk in CY21; consolidation seen in mid, smallcaps

We are not forecasting a dip fallout in the market rather a watch like situation and take some breather before taking the long-term direction.

This week market gained strength on the back of positive macro data, stating that economic activity is stabilising higher on a month-on-month basis, and the worst is over.

In India, it was supported by data like Markit manufacturing PMI, much above the consensus of 37.5 to 47.2 in June from 30.8 last month. And Auto sales, which was decently up with signs of continuing the improvement in the coming months too.

Other than Auto some of the other sectors which performed well were Banking in expectations of growth & better asset quality as economy further opens and FMCG & IT due to stability in domestic volumes, offshore business & gains from depreciation of rupee.

However, continued rise in virus infections in India & world could impact the strength of economic recovery. Though the market trend is positive, assuming that recession is over & optimism gathered from vaccine development news in India & abroad, the upside may be capped in the short-term. 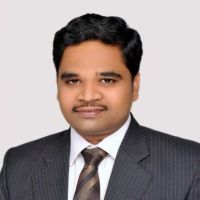 Global market was supported by the US trend, importantly the huge improvement in new jobs added in the economy by 4.8 million in June, which is a record data and beat the expectation of 3 million.

The view is that the deepest impact of coronavirus led recession is over and many entities has opened their shops & business. But consumer spending has not yet reversed, while free opening of the economy has brought a second wave threat of virus.

This is expected to impact economic data in July. On a weekly basis, US market is positive but on a month-on-month basis it is consolidating with a negative bias.

Indian auto sales were decently up on a month-on-month basis though it was largely expected. This is mostly due to pent-up demand from the back-log of April & May.

The demand in the near-term will be supported by the urgency of passengers to avoid public transportation & gradual re-opening of the economy. We are expecting gradual improvement in the volumes on a quarter-on-quarter basis, but volatility may prevail and full recovery is not expected to pre-COVID levels soon. We expect nearing festive demand and historically favourable climate for road infrastructure for later half of the year to enable the uptick.

The Agri industry is expected to grow significantly backed by better farmer sentiments of a good monsoon, high water reservoir, good kharif, better cashflow owing to record crop output & prices and reasonably easy availability of retail finance. Stock price wise they have performed well in the last three months, so sustenance could be an issue in the short-term, but segments like auto-ancillaries & tractors will continue to do better.

Mid & Smallcaps have marginally outperformed largecaps in the last three months. But some sections are even up like 40-50 percent for which it will be difficult to maintain the trend. We expect some consolidation in the broader market this month having an implication on the performance to mid & smallcaps. We are not forecasting a dip fallout in the market rather a watch like situation and take some breather before taking the long-term direction.

The current actual fundamental data of economy & company does not provide a confidence to take a directional call on the market. Valuation has also reached near the last high due to low earnings base of FY21 & bounce of the market.

At the same time, the ability to forecast by economist & analyst have faded due to the unique world health crisis (Black Swan) impacting FY21 for sure and FY22 as per progress. The scenario is openly placed on positive and negative side, a vivid economic outlook when described without a virus threat, vaccine is possible sooner or later and vice-versa.

Given both the outlook, today the stock market is moving with small positivity as per the push in liquidity, macro and micro news, hoping for a no virus issue in CY21. In the short-term as per technical analysis the best target for Nifty50 is 10,900, post a convincing breakup of 10,650 while the worst is 10,000 with 10,250 as a support.