172@29@17@151!~!172@29@0@53!~!|news|business|markets|market-can-move-towards-previous-all-time-high-in-medium-term-bet-on-these-7-it-stocks-5855891.html!~!news|moneycontrol|com!~!|controller|infinite_scroll_article.php!~!is_mobile=false
Watch experts decode 'The rise of ESG investing' on October 29 at 4pm. Register Now!
you are here: HomeNewsBusinessMarkets

'Market can move towards previous all-time high in medium term, bet on these 7 IT stocks'

While the US election overhang will have some short term volatility, we do not believe Indian equities fortunes are primarily linked to US elections outcome.

We expect that the next leg of rally is likely to be driven by banking wherein most of the negatives are priced in. We also remain positive on the rural economy and resilient sectors like IT, pharma and private banks. We believe the market can move towards previous all-time highs in the medium term," said Pankaj Pandey, Head – Research at ICICI Direct in an interview to Moneycontrol's Sunil Shankar Matkar.

Q: Do you think US elections are a major risk for India? Also can you point out other risks (global and domestic) which can hit the growth?

While the US election overhang will have some short term volatility, we do not believe Indian equities fortunes are primarily linked to US elections outcome. The intrinsic driver of Indian equities will be the economy and sector specific triggers. 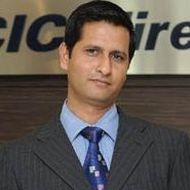 In terms of risks to the economy, the tail of the pandemic will remain the foremost as the overall economic activities (both in India and globally) will remain suboptimal till a vaccine is found. Any elevated geopolitical tension also remains a possible risk for the global (as well as Indian) equities.

Q: What is your take on the banking sector especially after the end of the moratorium period and expected NPA issues?

After the moratorium is over, focus is now on restructuring. At system level around 8 percent of restructuring is expected for banks. NBFC and HFC are expected to have almost 10 percent of book restructured. From an earnings perspective, we expect large banks and good NBFCs to front load provisions and FY21 provisions will stay elevated.

Q: Do you expect more FPIs/FDIs to come into India in coming months given the opportunities opened by the government through several measures and initiatives? What could be prominent sectors which can attract FPIs/FDIs, and should one start investing in the same?

We would term the FPIs/FDIs traction as "resilient" in the Indian context. Recent months have seen strong FDI in communication/telecom space and there are expectations of some inflows into retail space. Similarly, August saw more than Rs 47,000 crore in equities (including primary markets), YTD turned positive. The FIIs selling pressure is seen across the emerging markets and on YTD basis, India is still positive with net inflows, only second to China in Asia.

The corporate tax rate cut in September 2019 was announced with the twin objective of revival of domestic capex cycle as well as bringing the tax rate on par with global peers to attract global capital. Interestingly, the advent of COVID-19 and global backlash against China have put India into a sweet spot for alternative global manufacturing hubs as other countries strive for reduction of dependence on China. This will be a strong driver for FDI in emerging space such as electronic manufacturing, APIs, Digital, Retail etc.

Q: Do you really expect more inflows into smallcaps and midcaps after Sebi tweaked MF norm for multi-cap funds? What could be the major reason behind it? Also what are more such changes you expect from Sebi?

The inflows into smallcap and midcap depend upon what SEBI finally decides after hearing the representation from AMFI. AMFI has suggested to classify the existing multicap category into "flexi cap" category to ensure better communication to investors while a new category can be formed which can have SEBI prescribed limits of 25 percent each in largecaps, midcaps and smallcaps. If SEBI accepts AMFI suggestions, there would not be any disruption in terms of flows. However if SEBI goes ahead with their current circular, there would be inflows into smallcaps and midcaps. But in this case in all likelihood many large funds may either re-classify their existing multicap funds into some other category like thematic or ESC category or may merge with other existing funds like Large and midcap category or even largecap category. Having said that, some inflows will be seen in mid/small caps if the circular in current form is implemented.

Q: Most experts feel the correction is due given expensive valuations. Do you really expect 5-10 percent kind of correction in coming months or are markets waiting for US elections?

Like I mentioned, there will be some volatility in global equities (as well as Indian) leading up to the US elections. Therefore, some consolidation in the near term cannot be ruled out.

However, we have seen that a major weightage in the Index namely BFSI has remained muted. We expect that the next leg is likely to be driven by banking wherein we believe most of the negatives are priced in. Furthermore, the positive commentary from management also lends comfort on expected recovery. We also remain positive on the rural economy and resilient sectors like IT, pharma and private banks. Therefore, we believe the market can move towards previous all-time highs in the medium term.

Q: Midcaps and Smallcaps started outperforming benchmark indices especially after more than two years of underperformance. But do you think it is a fundamentals-driven rally?

On an overall basis, we remain positive on selective mid/small caps which have businesses with sustainable competitive advantage (moat), have limited leverage (strong B/S) and are capital efficient in nature.

Q: Do you think the IT sector is going to be a star performer in the next one year as well as in the coming years? What is your pecking order, which can boost portfolio?

IT companies are witnessing healthy deal wins & deal pipeline led by vendor consolidation opportunities, acquisition of captives, and offshoring & automation. This gives visibility of revenues over coming quarters. Further, IT companies have also rationalised cost by reducing travel cost, no wage hike, hiring freeze, pyramid rationalisation and lower discretionary spend which is expected to keep profitability healthy. As a result, we expect IT to be a star performer in the current times.

From a longer-term perspective, one of the structural changes that is witnessed amid COVID-19 times is virtualisation of business. This coupled with new age technologies like cybersecurity (to protect business from work from home scenario), app development (to help customers transact virtually) and Cloud (to bring entire business online) are gaining prominence in making the business model virtual. We believe most of the companies have been at a very nascent stage in making its entire business model online. We expect technology to become an integral part of a company's spending and key to revenue growth. Hence, we expect increased allocation towards technology making IT a structural story in the long run.