'Macros favourable for Gold, ongoing correction can be a good entry point'

Gold continues to perform as it should in times of never-seen-before economic uncertainty, with prices up 14 percent YTD in dollar terms and 20 percent YTD in rupee terms.

May turned out to be yet another eventful month for gold market. Investors digested the conflicting news of economies opening up for business on one hand and rising tensions between the US and China on the other.

Apprehensions surrounding the second wave of infections in China, South Korea, and Iran continued to weigh on optimism. Poor economic readings and Powell’s discouraging comments on the state of the US economy were to some extent shrugged off by risk assets. Despite rising equity markets, the weak underlying economy kept investors uneasy.

This, in turn, supported gold above $1,700 for most of the month. Gold continues to perform as it should in times of never-seen-before economic uncertainty, with prices up 14 percent YTD in dollar terms and 20 percent YTD in rupee terms.

Investors didn't 'Sell in May' 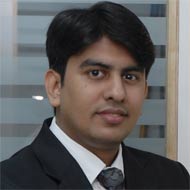 Despite a grim economic outlook, thanks to the enormous stimulus measures and aggressive rate cuts, investors hunting for higher returns flocked to equities. This drove up global indices.

This was unusual from historic patterns at this time of the year. This “don’t fight the central banks” liquidity-driven rally in equity markets isn’t backed by fundamentals and thus requires investor caution.

In these times of heightened risk and uncertainty, positions in the equities can potentially be hedged by allocating to gold. Gold has historically had a low correlation to equities.

Don't bet on a V-shaped recovery

As we head into June, equities are rising on hopes that a restart in global economic activity could fuel a V-shaped recovery. A V-shaped recovery implies that once the economy hits its lowest point and lockdowns are lifted, workers will get their jobs back.  Consumers will shop, socialize, travel, and invest the way they did pre-COVID-19.

The rebound from the recession will initially appear V-shaped, given the sharp deterioration in economic activity but won’t be a sustainable one. There are millions of people who lost jobs and are merely coping just because of the handouts from the government and the Fed.

The policymakers have once again papered over the problems, the terrible economic destruction because of lockdowns but can’t generate real wealth by this printing of money.

Once the freebies end when things open up, not many of these will get their jobs back soon. The rebound therefore will be much short-lived and won’t be sustainable as there is a decline in real wealth, an increase in debt and less income to support.

Also, as long as people are scared of the disease and uncertain about their economic prospects, it looks unlikely that they will get back to spending as they did prior to the pandemic.

Businesses too will be nervous about restarting normal operations and rehiring. Thus, a quick rebound in economic activity seems unlikely in the near future. This will cap gains in equities and keep the increased investment demand for gold intact.

Too much of anything is bad

The massive monetary policy easing and never seen before government relief packages have helped dodge an economic collapse. But the monetary inflation moonshot will have its consequences in the form of a weaker dollar.

A weaker dollar and high liquidity could result in higher commodity prices as well and therefore could be inflationary. Gold, known for preserving purchasing power, will become a preferred asset in such times.

The Federal Reserve boss has insisted that he isn’t considering negative interest rates. But investors aren’t convinced for reasons that include rates that have plummeted close to zero and the central bank’s “do whatever it takes” approach to save the economy.

Yields at the short end of the Treasury curve have already turned negative in nominal terms. In addition, the 10-year US Treasury bill now yields 0.64%. This is more than 100 basis points below where it began in 2020.

This is below most expected rates of inflation, meaning in real terms it has turned negative too. This means a long-term investor in US Treasuries is almost guaranteed to lose a small amount of purchasing power over the life of the bond.

This makes holding gold a more viable option. Gold can successfully preserve purchasing power in the upcoming negative real rate environment. This trend will be extremely supportive for the yellow metal.

Rather than encouraging greater cooperation, Covid-19 has further soured US-China relations. Both sides are seen to pinning the blame on the other for the origin of the pandemic and the severity of the crisis. However, as the pandemic continues to debilitate their economies, both countries probably have less appetite for further trade wars.

As such the tensions between the two could manifest on other fronts such as currency, military, technology, international cooperation, and even ideology.

Issues between the two are deep and will persist even once the pandemic and the 2020 election are over. At the core of these issues is China’s ambition to become a dominant global power and America's resistance to that. As such, tensions between the major economies seem unlikely to de-escalate in the near future.

This will have consequences for global order and wide-reaching economic ramifications. The resulting uncertainty in equity, credit and currency markets will trigger a risk-off sentiment. This will push up investment demand for relatively safer alternatives like gold.

The FY20 fiscal deficit has breached its 3.8 percent target by 80 basis points. The Indian government is set to borrow more to fund its Rs 20 lakh crore stimulus package. This has deteriorated India's credit profile.

The Indian rupee continues to gradually depreciate against the US dollar as foreign investors flee Indian markets. The government hasn’t done much to support COVID induced economic deceleration which further dims growth prospects.

Many ingredients to lead gold higher

In conclusion, the macroeconomic backdrop has become favourable for gold. Our analysis shows that higher risk and uncertainty combined with lower opportunity cost and competitive debasement of currencies will boost investment demand for gold.

Gold’s behaviour in the coming quarters will depend on the speed of global economic recovery and the duration and extent of monetary and fiscal stimulus.

But over the long term, Gold will play a risk-reducing, return-enhancing role. We view the ongoing correction can be a good entry point for investors to accumulate long-term positions in the asset class.