L&T, ICICI Bank among top 5 stocks which could give multibagger returns: Sandip Sabharwal

Pharma stocks have their own dynamics; however, there is value in overall pharma space as stocks are still 40-50 percent of their peak values.

According to Sandip Sabharwal, asksandipsabharwal.com, as and when the economy recovers the greater operating leverage is in mid-caps which will play out over the next two years.

Any significant decline from here is unlikely given that inflation differentials between India and the USA are very low now and INR has already fallen 10 percent this year, he said.

Nifty has scaled 11,700 so is it time to sit tight on your investments or book profits?

The outlook on global equity markets, and as such for India, are positive. The economic growth outlook is strong, inflation benign and central bank interest rates are still accommodative for the growth. 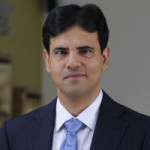 Emerging Markets (EMs) have seen a sell-off led by China fears and Dollar Index up move. However, this has bought the markets to extremely oversold levels on an overall EM analysis. As such, flows to EMs are likely to pick up going forward and India will also benefit.

Any top five stocks according to you hold potential to give multibagger returns in the next 2-3 years?

Among the stocks that we hold, I believe that Sterlite Technologies, L&T Finance Holdings, Kajaria Ceramics in the mid-cap space and Larsen & Toubro and ICICI Bank in large caps have significant value with a 2-3 year perspective.

If this is the right time to go out and buy – which theme according to you holds most potential? Is it the large-caps space or mid-caps and why? Also, what should be the criteria of picking companies?

The greater value is in midcaps today given the sell-off seen in this space. A large part of the large-cap universe, especially retail banks and consumer stocks, is somewhat overvalued despite strong growth fundamentals.

Capital Goods and infrastructure stocks, select pharmaceutical stocks and individual stocks in the mid-caps offer value. The criteria have to be valuations relative to growth prospects. Looking into the rearview mirror to forecast the future is not a great idea.

Rupee is posing as a big headwind for Indian markets. Do you think we could hit Rs 71-72/USD in the next 6 months? What will be its implications on stocks, and economy?

The rupee is not a headwind as long as we are in line with other EM currencies. The Chinese Yuan and INR have fallen the same. Currencies have no absolute value, it is all relative.

If other currencies fall and ours does not then we lose out especially given that we are a Current Account Deficit (CAD) country. A weak currency when inflation is under control is not bad as we need our exports to pick up.

Any significant decline from here is unlikely given that inflation differentials between India and the USA are very low now and INR has already fallen 10 percent this year.

Do you think with rupee under pressure, IT and pharma will hog the limelight in the next 6 months?

A large part of the positives for IT is already in the price. Pharma stocks have their own dynamics; however, there is value in overall pharma space as stocks are still 40-50 percent of their peak values.

You recently said in one of your tweets that as and when the EM flows resume we will see big outperformance from mid-caps build up. So investors can resume investing in the mid-cap space?

Yes, that is the best strategy because as and when the economy recovers the greater operating leverage is in mid-caps which will play out over the next two years. With the correction, the valuations are also now much more reasonable.