Last 1,000-point run on Nifty has taken everyone by surprise; IT stocks have upside: Atul Suri

Investors have to look beyond the short term cycles and be allocated to equities, explains Suri.

A runaway rally? Yes, Nifty rallied from 10,700 recorded on January 15 to 11,700 in August, which translates into a gain of little over 9 percent, has caught everyone by surprise. But, the good news is that the bull run remains intact, says Atul Suri, CEO & Chief Investment Officer, Marathon Trends PMS in an exclusive interview with CNBC-TV18.

Suri, who has a long-term target of 17,000 on the Nifty, says that the last 1,000 points on the index have taken most market participants by a surprise. “I feel that investors should believe in the long-term trend because we are part of the larger bull market which continues for another 2-3 years,” he added.

The rally picked up momentum post-July, before that market was consolidating in a narrow range since Budget. Investors have to look beyond the short-term cycles and be allocated to equities, explains Suri.

“In the large bull market, every correction will witness some churn in the portfolio and throw new leaders. We feel that market leadership has changed so a lot of people found themselves in stocks and sectors which might not be doing a lot and you will have to bite the bullet and get into stocks which are doing well,” he added. 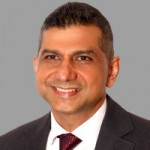 Investors might have to book a loss in stocks which are not doing well and use the money to get into those companies which are doing well. Every correction will throw new leaders.

On the sectoral front, Suri said that we are seeing some churn in the pharma sector. It is important that investors are able to press the trigger or buy at current levels. MNC pharma stocks charts are looking ‘phenomenal’.