Off-late the best of the lot in the world of global financial markets were caught unaware of the severity of the unprecedented crisis which originated in the unexpected quarters of the health domain.

It successfully escalated to threaten the end of the globalised economic order as supply chains from across the world, from Asia to Europe and North America, got broken as all countries locked down to save themselves from the life-threatening COVID-19.

In fact, no asset class was spared as Nymex Crude is massacred with a brutal fall of 68 percent from the January 2020 high of $65 to a low of $20 against 2008 global financial crisis low of $36 and just to note East Asian Crisis Low for Nymex crude is $10. 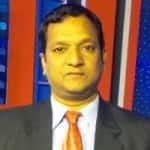 Albeit COMEX Gold didn’t respond initially as a safe haven to COVID-19 crisis in February but safe-haven buying appeared to have emerged only recently as it rallied from the lows of $1,457 on March 20 to $1,699 on March 25, 2020.

Interestingly, the Dollar Index also initially remained clueless with erratic moves but registered a directional move on the March 9 as it rallied from a low of 94.61 to a high of 103.90 on March 23.

The 10-Year US treasury notes appear to be the only asset class that responded to the panic and attracted safe-haven buying from day one as it rallied from the low of $130.64 registered on 12 February to a high of 140.70 clocking a net gain of close to 8 percent.

Usually, this kind of flash crashes in the equity markets are presumed to be an opportunity for long-term investment provided fundamentals are intact.

However, in the current scenario, there is an adverse impact on the fundamentals and there is going to be significant damage to the world GDP as economic activity across the globe is crippled.

When nobody works, the real economic activity involving consumption, investments, exports, imports etc. which are essential to keep the economy rolling will be decimated for at least the next couple of months if things don’t fall in place.

It is true that central bankers one after the other has opened the liquidity taps once again across the globe with US Federal Reserve coming out with a $2 trillion dollars package to bail out their economy.

Similarly, the Reserve Bank of India (RBI) has offered a Rs 1.75 lakh crore relief package. But, how long these things are going to support the economies when the world economy itself is sitting on lockdown with huge debt with lower revenues which can lead to a slew of bankruptcies in the business world.

It is estimated that the Debt-to-GDP ratio of G-7 countries increased to 117 by 2019 from 81 percent in 2007. In January Reuters, quoting Institution of International Finance reported that Global Debt is expected to hit an all-time high of $257 trillion in the next few months.

This gets translated into $32,500 for each of the 7.7 billion people on the planet which is roughly 3.2 times of the world's annual economic output. However, for India IIF statistics reveal that by Q3 2019 Non-Financial Corporates debt decreased to 44.2 from 45 of Q3 2018.

Now, the key for any country is not only to come out with stimulus packages but to see that no company goes bankrupt in next 3 – 6 months due to the current pandemic during which revenues of many companies are likely to drastically fall till some advancement is made on the medical front to counter COVID – 19.

Till then lockdown appears to be the only solution as found by China itself which reportedly appears to have brought down a number of cases to zero by shutting down itself for almost three months from the rest of the world.

Hence, time-wise, the market may bottom out and usher in a sustainable up move post-June 2020 only. Interestingly, if the COVID-19 issue also tops out by that time then a fair assessment of economic damage to the world can be made and equity markets can be automatically bottom out.

Meanwhile, price-wise if Nifty has not bottomed out at 7,500, then it should retest the zone of 7,000 – 6,850 levels but the time-wise market should stabilise only post-June 2020 and hopefully, more clarity can be expected by the end of September quarter.