172@29@17@241!~!172@29@0@53!~!|news|business|markets|is-the-ipo-season-upon-us-siddhartha-khemka-expects-at-least-3-more-listings-in-sept-5820831.html!~!news|moneycontrol|com!~!|controller|infinite_scroll_article.php!~!is_mobile=false
Uncover the potential of active and passive investing on 6th October at 4pm. Register Now!
you are here: HomeNewsBusinessMarkets

Is the IPO season upon us? Siddhartha Khemka expects at least 3 more listings in Sept

Companies like CAMS, UTI AMC, Angel Broking are likely to come out with their initial public offering in September

Q) What is your take on June quarter earnings and what does the future hold?

A) The June quarter (Q1 FY21) corporate earnings for our coverage universe were better than our muted expectations. Sales were impacted by the COVID-led lockdowns. however, corporate India undertook stringent cost control measures to protect their bottomline and arrested the decline in operating profit. Sectors such as healthcare, utilities, private banks and technology reported YoY profit growth, while autos, retail, metals and telecom posted losses. Overall, management commentaries indicated month-on-month improvement in demand during the quarter after easing of the lockdown restrictions. 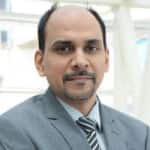 Healthcare and technology companies' earnings stood out – both in absolute and relative terms – and we expect these sectors to show continued strength going ahead.

As the lockdowns have eased and demand recovery takes shape gradually, we expect the commentaries to improve. We expect Nifty EPS to grow 2.4 percent in FY21. Financials, telecom, oil & gas and healthcare should contribute to the incremental growth in Nifty profits in FY21. On the other hand, autos, capital goods, cement, metals and utilities sectors are expected to drag. Excluding BFSI, we expect Nifty FY21 profits to remain flat YoY on the back of a 13 percent decline in FY20.

Q) The quick recovery has made valuations expensive and with the economy yet to show any major signs of growth, should one stay away from the market at this juncture?

A) Equity market continued its upward momentum for the third consecutive month in August. Market sentiments were buoyant, led by positive global cues, improving macro-economic data and better-than-expected quarterly results. Further resumption of economic activities and normal monsoon supported the domestic markets. In addition, August 2020 saw FII inflows of Rs 45,637 crore – the second-highest inflow ever in a month after September 2010.

DIIs remained net sellers with outflows of Rs 11,047 crore. Nifty50 gained 2.8 percent in August 2020 to close at 11,388. Higher action was witnessed in the broader market with Nifty Midcap 100 and Nifty Smallcap 100 gaining 7.8 percent and 11.5 percent respectively.

However, in contrast, real GDP contracted by 23.9 percent in Q1 FY21 impacted by the unprecedented lockdowns. Agriculture was the sole exception with a positive contribution. Private consumption declined 27 percent, investments contracted 47 percent while government consumption remained robust with a growth of 16 percent YoY. We forecast GDP to decline by 5.2 percent in FY21, followed by growth of around 8 percent in FY22.

Going ahead, while the overall market structure remains positive, we expect more of sector/stock-specific action. Also, intermittent profit booking cannot be ruled out, given that Nifty is valued at 21x 1-year forward P/E.

Midcap and smallcap companies have been relative outperformers in CY20 and the momentum may continue in the near-term. Any weakness in the market would be looked as a buying opportunity to add quality stocks in the portfolio.

Q) Do you view ample liquidity as a key risk to the market? Also, what are other risks which one should consider while looking at investment in equities?

A) Strong liquidity and favourable government policies across sectors has supported market sentiment. Global central banks have been in an accommodative stance with very low interest rates to support the economy in the face of disruption caused by COVID-19. Also, governments across developed and emerging markets (EMs) have given large stimulus which has resulted in unprecedented liquidity flows.

The Federal Reserve's recent dovish message on the future path of interest rates meant that interest rates are likely to stay ultra-low for as long as needed to support the economy. Even RBI Governor Shaktikanta Das said the central bank has not exhausted its ammunition to deal with the current situation due to the coronavirus pandemic. All these factors have resulted in large flows into equity markets. Despite the record selling witnessed in March, FIIs have so far invested more than Rs 34,500 crore into Indian equities, while DIIs have invested around Rs 64,000 crore. It remains to be seen whether these flows continue or moderate in the face of challenging macros/micros.

COVID-19 has become one of the biggest threat to the global economy and financial markets in the last several decades. While the first round of the pandemic spread has caused havoc across large economies, there is a fear of a second wave.

We expect the market direction to depend upon the spread and intensity of COVID cases, development of vaccine and incremental government/regulatory actions to support the economy. Investors should also track how soon the economy is able to return to normal and the situation on the banking NPAs/moratoriums front. On the global front, the developments around trade tensions between the US and China could be another risk to keep an eye upon.

Q) Many experts expect IPO season to hit D-Street soon. What is your take??

A) After the rally from March 2020 lows, the Nifty at 21x P/E is now trading at a premium to its long-period average, thus leaving limited scope for upside. Midcaps, on the other hand, have started performing over the last two months. In fact, Nifty Midcap100 is down just 2 percent YTD versus Nifty which is down 6.4 percent. Taking the benefit of the sharp revival in secondary markets, the IPO market is seeing a revival in activity.

The increase in liquidity flows are also helping their cause. In July, two companies successfully launched their IPOs– Rossari Biotech and Mindspace Business Parks REIT. Several other companies are planning to hit the IPO market this month. Two companies, Happiest Minds Technologies and Route Mobile have already hit the market while a slew of others like CAMS, UTI AMC, Angel Broking etc. are likely to open in September. LIC could join the bandwagon later this year and could be one of the largest IPO in the country ever – going by the company's size.