'As inflation is under RBI target, rate cut of at least 50 bps expected'

Inflation control has been a major success in the last five years. Inflation is now below 4 percent. A rate cut of at least 50 bps will be a positive for rate sensitive sectors

Indian economy still faces serious challenges. The NBFC crisis appears to be deepening. The balance sheets of banks are stretched. There is consumption slowdown, especially in rural areas. The revival of consumption in select sectors may take more time and effort. The capital expenditure by private industry needs to jump start and the fiscal deficit target needs to be met. The government also needs to correct the messy aftereffects of demonetisation and GST implementation.

But a stronger prime minister and government is the best bet to take the necessary steps and given the track record the last five years, the Modi government is expected to take those difficult decisions. Therefore, the absolute majority of NDA is a big positive for the markets.

The win has ensured policy continuity and stability. Even in the first term, Modi government carried out major reforms taking significant political risks with a view on long term benefits. The government has now much more room to execute its reforms agenda including improvement in GST, cleaning up of banks and NBFCs, consolidation of PSU banks, simplification of land acquisition, privatisation and continuous improvement in ease of doing business among others.

Inflation control has been a major success in the last five years. Inflation is now below 4 percent. A rate cut of at least 50 bps is also very much expected. It will be a positive for rate sensitive sectors.

The decrease in inflation has been accompanied by subdued consumption, especially in rural areas. The government is expected to focus on increasing rural income. Agricultural reforms including improvement in the supply chain are going to be the biggest challenge for the new government. 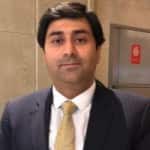 Infrastructure building across the country is also expected to accelerate. There is also a widespread expectation of government’s push on affordable housing. The sectors benefitting from infrastructure-based consumption are expected to deliver better returns.

The increase in FII inflows will strengthen rupees in the short term. But the performance of rupee in the long term is more likely to be driven by global economic factors including the price of crude.

Overall, the flow in Indian equities should improve with the expectation of growth acceleration from hereon. The quality midcaps are expected to give better returns given their subdued performance over the last few years.

At least, the next few months are expected to be much better for Indian equities. But the real test will be the actual performance of a much stronger Modi government.