Oberoi Realty has witnessed a breakout of symmetrical formation to resume its uptrend and took support at 20-DMA, where a decisive move above Rs 1,000 may lead to a rally towards Rs 1,100

The Nifty took support at 20-day moving average on April 12 and formed a bullish hammer candlestick on the daily chart that may lead to a bullish reversal move followed by a pullback.

The Put-Call ratio of below 0.8 is in oversold territory, while FIIs' long exposure in the index future has dipped to 61 percent, which may also cause a short-covering rally.

Most of the heavyweight stocks, including HDFC twins, are trading at important support levels that give confidence to the bulls to buy this pullback.

If we look at the charts of global indices, especially Nasdaq, then they are also sitting at important support levels where we can expect a pullback rally.

The Bank Nifty is outperformed the benchmarks and took support at the gap created last Monday where 38,000 is an immediate resistance level, above this, we can expect a rally towards the 38,800-39,000 zone. On the downside, 37,200-36,700 is a critical demand zone.

The counter is consolidating for the last six months and is ready to breakout for another expansion phase. It is trading above all-important moving averages and has formed a bullish candlestick at 20-DMA.

There is a formation of ascending triangle, which is an indication of the continuation of the uptrend. Most of the momentum indicators are supporting the strength in the counter. 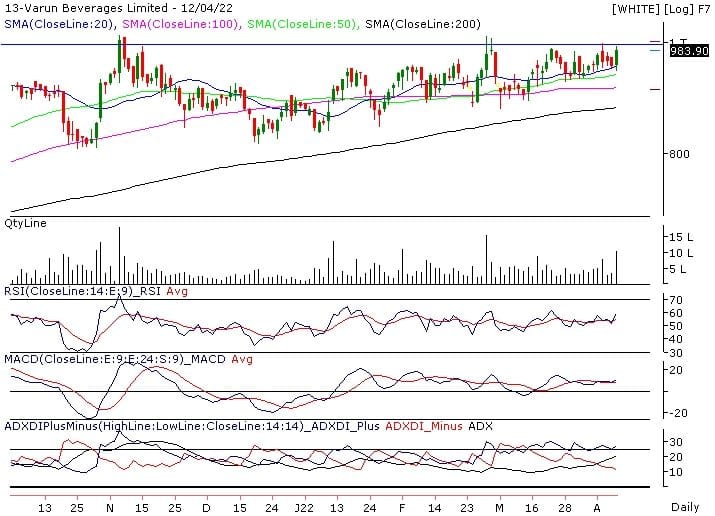 The counter is seeing a strong bullish momentum, where it has taken out the key hurdle of Rs 300 decisively and now the Rs 300 level is acting as immediate support at pullback.

The counter is continuing its bullish momentum for an immediate target of Rs 360, while Rs 300-281 are immediate support levels. Some momentum indicators are overbought and remain so for some more time. The counter has witnessed a breakout of symmetrical formation to resume its uptrend and took support at 20-DMA during a small pullback, where a decisive move above the Rs 1,000 may lead to a rally towards Rs 1,100 level.

On the downside, the 20-DMA of Rs 950 will act as immediate support. Most of the momentum indicators are supporting strength in the counter.