Heads up! Rising NPAs in PSB is impacting India’s fiscal deficit; here’s why

Public sector banks (PSBs) in India continue to be bogged down by deteriorating asset quality and if the recent quarterly results are any indication, the non-performing assets of the government-owned banks soared beyond Rs 6 lakh crore at the end of Q4FY18, a year-on-year increase of Rs 2.5 lakh crore.

The NPA ratio likewise, which was around 11-12 percent in the first three quarters of the financial year 2018, swelled close to 13.5 percent in the fourth quarter, compelling banks to scale up provisioning and write-off bad debts from their balance sheet.

While a majority of the non-performing loans of PSB’s can been widely associated with the reckless lending to corporates, the Government’s decision to merge India’s largest bank, SBI, with five associate loss-making banks last year has raised its bad loan ratio from 6.9 percent in March 2017 to 10.9 percent at the end of this financial year.

Likewise, the ratio of bad loans which stood at 6.9 percent spiked close to 11 percent during a similar period, with corporate loans accounting for about 73 percent of the gross bad loans in the bank’s book. 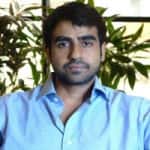 In October last year, the Government announced a bank recapitalisation plan of Rs 2.1 lakh crore spread over a 2-year period with the breakup comprising of Rs 80,000 crore in recapitalisation bonds with a tenure of 10-15 years and the rest in the form of budgetary support combined with a stake sale by the Government.

According to the Government, since the recapitalisation bonds are swap deals, they will not add to the fiscal burden; however, the accounting rules in India entail the bonds to be included as budget expenditure.

On the other hand, the rules framed by the IMF permit the debt to be classified as below the line financing where only interest income can be shown as budgetary incidentals. How the Government ultimately classifies them is uncertain although there are indications that the debt would be included as “Off-balance sheet items.”

The Indian Government had initially pegged the fiscal deficit at 3.2 percent of GDP for FY17/18 and 3.0 percent for FY 18/19, revising them earlier this year to 3.5 and 3.3 percent correspondingly.

Even going by the IMF book, if the interest portion of the debt is included in the budget, the outcome will result in an annual deficit of about 0.4 percent of the total budgetary spending, driving down the deficit numbers for the next two years.

Coming to the NPA numbers, as on 23rd May 2018, 26 private and public sector banks reported gross non-performing assets, which were in excess of Rs 7.3 lakh crore, with PSB’s adding an additional Rs 1 lakh crore to their kitty in the January to March quarter this year.

According to CARE ratings, the total provisions by banks rose from around Rs 46,000 crore at the end of March last year to surpass Rs 1,05,000 crore in just one year, a massive jump of about 141 percent.

The Government has been constantly pitching for an upgrade in sovereign ratings, but budgetary constraints, high debt-to-GDP ratio and the additional burden of recapitalising distressed banks will certainly not help its case anytime soon.

Although Moody’s upgraded India’s sovereign ratings from Baa3 to Baa2 in November last year, Fitch and S&P refused to toe the line, leaving the ratings unchanged at decade lows.

Unless all the key players, including the Government and the RBI, take effective steps to improve the governance and debt recovery measures of the public sector banks, the situation is only expected to worsen, going forward.

Disclaimer: The author is Co-founder & Head of Trading, Zerodha. The views and investment tips expressed by brokerage firms on Moneycontrol.com are his own and not that of the website or its management. Moneycontrol.com advises users to check with certified experts before taking any investment decisions.