Good news! Technical charts show that midcaps could make a comeback in 2019

The Midcap index however continues to trade above the midpoint of the tall bar formed in the first week of November, indicating strength in the long-term structure

Ratio chart of Nifty Midcap 100 index against Nifty displays a breakout from year-long down-sloping trendline, which suggests that midcaps could make a comeback in 2019, Pritesh Mehta, Senior Vice President at Yes Securities, said in an interview with Moneycontrol’s Kshitij Anand.

Q) It was a week which was dominated by macros as well as earnings. The Sensex reclaimed 36000 but Nifty50 is still finding hurdle around 10900-10950 levels. What is your outlook for Nifty in the coming week?

A) Well, Friday marked the 15th trading session of the bull & bear slug fest between the level of 10,630-10,930, making life difficult for the index traders.

Post the formation of a big green bar in Tuesday’s session, the index made several attempts to break through the upper end of the barrier but failed to do so. 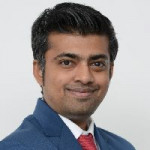 An index grappling with congestion invariably shows such contrasts as observed this week. It is essential for the index to stage a decisive move above the multiple supply points between 10,860-10,930 to gain upside momentum and breakout from the ongoing congestion pattern.

Analyzing Nifty50 P&F (0.10%*3) chart, the index has given a bullish triangle breakout and also staged a double top buy which has activated a vertical count target of 11,040.

Q) How is NiftyBank looking on weekly as well as daily charts?

A) The momentum in select private banks tapered off towards the end of the week which resulted in a below-par performance from BankNifty.

However, it is sustaining above the point of polarity support and four-digit gann number of 2731(0), which suggests that the bullish trend is likely to continue or remain intact for BankNifty.

Q) What is your call in small & midcap space as individual stocks have suffered in the last 1-month thanks falling rupee?

A) The week’s action was dominated by gains in index heavyweights (i.e. Infosys & Reliance Inds), which led to a shifting of focus by market participants. If BankNifty makes a renewed move on the upside as the broader chart indicates, a period of under-performance by midcaps could be seen in the short term.

However, the Midcap index continues to trade above the midpoint of the tall bar formed in the first week of November, indicating strength in the long-term structure.

Moreover, ratio chart of Nifty Midcap 100 index against Nifty displays a breakout from year-long down-sloping trendline, which suggests that midcaps could make a comeback in 2019.

Q) Any top three stocks which investors can look at for a period of 1-month?

A) Here is a list of top three stocks which could give 9-10 percent return in the next 1 month:

The stock found solace around its 2-year mean post a sharp corrective phase from September 2018 peak of Rs1,125. In the previous week’s trade, it marked a doji and confirmed a reversal by staging a rally of 3 percent.

The midpoint of the previous gann channel came into play which resulted in a change of trend. Friday’s rally also contributed to a shift in the orbit on the upside.

HCL Tech P&F (0.25%*3) chart shows a breakout from a triangle pattern which is accompanied with rising double top buy. Based on the above rationale, we recommend a buy above Rs961 with a stop loss of Rs925 for a target of Rs1,050.

Post a breakout from the downward sloping trendline which had coincided with a move above its two-year mean, the stock provided a follow-up move on the upside. Thereby, displaying trait of a strong uptrending counter.

On the broader charts, it has also marked a breakout from an H&S pattern. A move above the midpoint of the Gann channel i.e. Rs401 would confirm a rally towards the upper end of the current Gann channel.

On P&F chart (0.5%*3), rising double top breakout is seen corroborating positive view on the stock. Based on the above rationale, we recommend a buy above Rs401 with a stop loss of Rs386 for a target of Rs441.