Both the US and Iran have signalled they don't want to escalate the situation.

The year 2020 has just begun and we have already seen huge volatility in the commodities market, with gold and crude oil emerging as the biggest beneficiaries as well as the victims of this turmoil.

Gold is usually considered a safe-haven asset, which benefits in times of political and financial uncertainty. Gold’s safe-haven allure rose in the last few days amid increased tensions between Iran and the US. A rally in the crude oil price also fuelled inflation concerns, giving a further boost to gold prices. 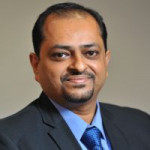 The tensions escalated after the US on January 3 killed senior Iranian commander Qaseem Soleimani, saying he was planning attacks on American interests in the region. After four days of issuing threats, Tehran on January 8 launched missiles on US bases in Iraq.

Gold corrected as quickly as it rose, as the US and Iran showed restraint, easing market concerns about a further escalation in the region. Tehran indicated it didn’t want a war while US President Trump said Iran appeared to be standing down.

Extreme positioning by market players also made gold vulnerable to a major long liquidation move. The aggregate Open interest in COMEX gold surged to a record high of 797,110 contracts late last week. The latest US CFTC data shows that non-commercial traders for gold futures were net long on 327,925 contracts, highest level on record.

With no fresh escalation, market players also positioned for the US-China partial trade deal, expected to be signed on January 15. The two sides have been holding discussions for months and if the deal happens, it will be a first concrete positive development in the prolonged conflict. While there are many unresolved issues, a partial deal may be enough to boost risk sentiment.

The US and Iran have been loggerheads for a year and even if there is a temporary truce, market players may remain nervous about a flare-up and this will add to the multiple existing positive factors for gold. A lack of fresh action may divert market players to focus on events like the US-China trade deal and Brexit.

Indian wins luxury car, $54,000 in Dubai raffle after buying tickets for a decade