We anticipate MPC to reduce repo rate by 25 bps in the December 2019 policy review to support economic growth, looking through the vegetable price-led uptick in the CPI inflation in October 2019.

The dip in GDP growth in Q2 FY20 was unsurprisingly led by anemic investment activity, with gross fixed capital formation rising by 1 percent on a year-on-year basis.

Somewhat unexpectedly, private final consumption expenditure displayed a sequential uptick in growth to 5.1 percent in Q2 FY20, up from 3.1 percent in the previous quarter. This was at odds with the evidence provided by various sectors that consumer sentiment was muted in both rural as well as urban areas.

Moreover, the quarter post-elections saw a sharp improvement in the growth of government final consumption expenditure to 15.6 percent in Q2 FY20 from 8.8 percent seen in Q1 FY20. 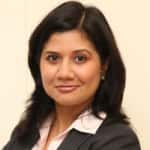 In terms of the sectors of the GVA, the slowdown was driven by industry, even as the services and agriculture broadly maintained their growth momentum in Q2 FY20, as we had anticipated.

Industrial GVA growth recorded a broad-based deceleration to a marginal 0.5 percent in Q2 FY20 from 2.7 percent in the previous quarter. This was driven by the 1 percent contraction in manufacturing GVA in Q2 FY20, which reflects the subdued volume trends reported for a wide variety of sectors.

In our view, muted raw material costs cushioned earnings, and prevented manufacturing GVA from displaying an even deeper contraction in Q2 FY20.

The modest agricultural growth in Q2 FY20 was in line with our forecast, based on the mixed trend in the output of kharif crops revealed by the 1st Advance Estimates of crop production.

However, with the excessive rainfall in various parts of the country in August-October 2019, additional moisture could lead to crop yields being lower than the initial estimates, in our view.

A sharp expansion in Central and state government spending in Q2 FY20 supported the performance of public administration, defence, and other services, which boosted service sector growth in that quarter. Excluding this sub-sector, GVA growth slowed to a distressingly low 3.2 percent in Q2 FY20 from 4.5 percent in Q1 FY2020.

In October 2019, the Monetary Policy Committee had indicated that it would retain the stance of monetary policy as accommodative for as long as necessary to revive growth.

Following the slowdown in GDP growth in Q2 FY20, the contraction in the core sector output has deepened sequentially in October 2019.

Therefore, we anticipate that the Committee would reduce the repo rate by 25 bps in the December 2019 policy review to support economic growth, looking through the vegetable price-led uptick in the CPI inflation in October 2019.

(The author is Principal Economist, ICRA)