FPIs pumped in Rs 2,596 crore in June - here's a look at their shopping list

Insurance, capital goods,NBFCs are some of the sectors that caught the eye of overseas investors

Foreign portfolio investors remained net buyers for the fifth consecutive month in 2019 after pumping in Rs 2,596 crore in the equity market in June, as per the National Securities Depository Ltd data.

However, the inflows have steadily declined in the last four months since March 2019. The overseas investment was the lowest in June since January where FPIs turned net sellers and pulled out Rs 4,262 crore from the equity market. 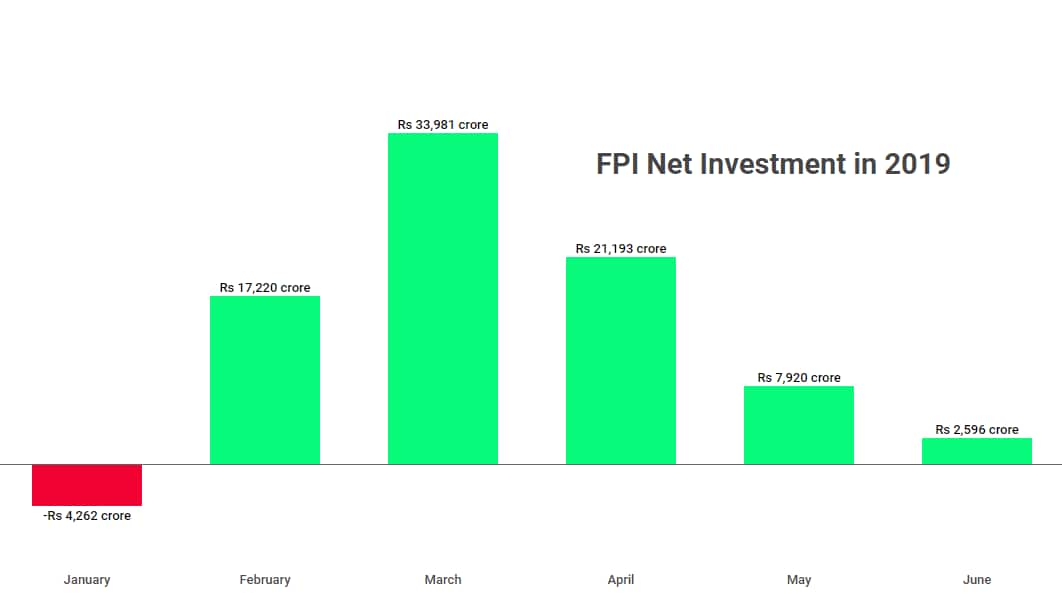 The insurance sector raked in the most from overseas investors, garnering Rs 3,110 crore, of which, Rs 2,589 crore came in the last 15 days of June. Foreign investors have remained net buyers in the insurance sector for the seventh consecutive month. 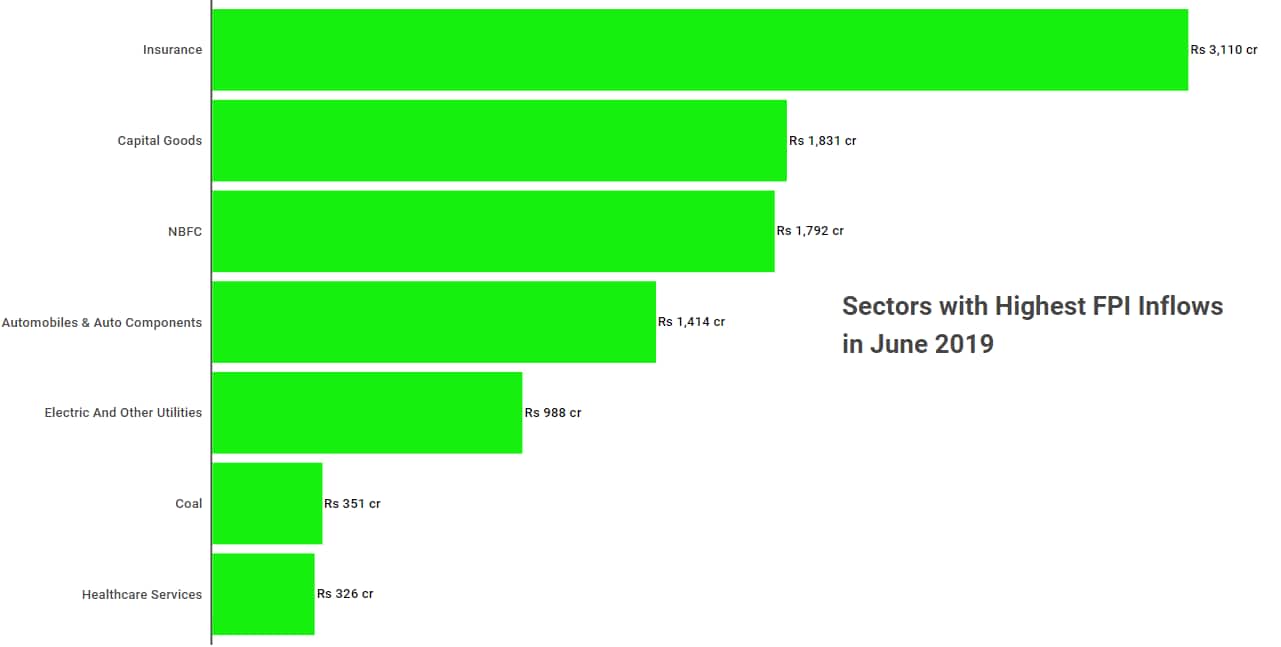 A further decline in FPI inflows is likely after Finance Minister Nirmala Sitharaman, in her maiden Budget speech on July 5, hiked surcharge on tax paid by the super-rich.

Earlier, a surcharge of 15 percent was levied on a tax of 30 percent for those earning more than Rs 1 crore.

This will majorly impact overseas investment as about 40 percent of the FPIs will fall under the higher tax bracket as they invest in Indian markets as a non-corporate entity such as trust or association of persons (AOPs), which under the Income Tax law are classified as an individual for the purpose of taxation.