Foreign portfolio investors (FPIs) stayed positive on the Indian market as the FPI ownership in the BSE-200 Index showed a sequential increase during the December quarter of FY20.

A February 11 report from the brokerage Kotak Institutional Equities said that FPIs bought Indian equities worth Rs 44,900 crore and FPI ownership in the BSE-200 Index increased to 24.3 percent in December 2019 quarter from 23.8 percent in September 2019 quarter.

Among the companies with the highest stake owned by FPIs, HDFC stood at the top, followed by Zee Entertainment and Shriram Transport.

On the other hand, Equitas Holdings, Ashoka Buildcon and Max Financial Services were the companies that witnessed the highest stake by mutual funds. 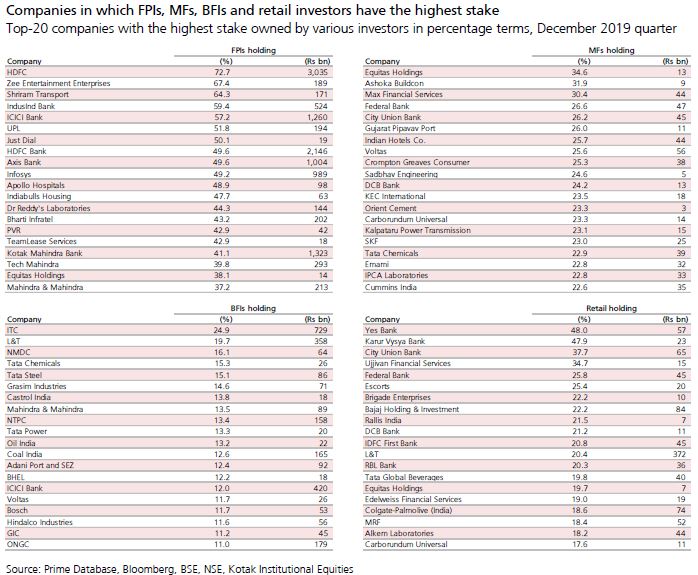 Data from Kotak also showed that Union Bank, Canara Bank, Punjab National Bank, Tata Motors, Indian Bank and Bank of Baroda were the top stocks that witnessed a significant increase in the holdings of promoters or promoter-groups.