Euro to remain under pressure amid new import duties by US

Sharp decline in US equities re-invigorated gold, sending it back over $1,500 an ounce. Base metals traded on a restrained note given the continued concern about both slowing growth and unresolved trade disputes. Moreover, weak US manufacturing data also dented the sentiment.

The downturn in US manufacturing mirrors similar patterns prevailing for some time now in the Eurozone, Japan, China as well as several other Asian economies. It underscores the point that the global supply chain is thoroughly integrated. 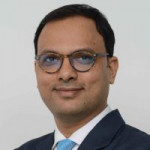 What will revitalise global manufacturing is a return of confidence, but that will not happen until the trade picture allows clearer visibility for business Capex spending. Greenback trades firm given the positive yield and stronger US economic growth in comparison to other countries. Sterling lost the ground as EU rejected the latest British proposals for a revised Northern Ireland/Ireland border deal. The possibility of the UK seeking yet another extension for Brexit has resurfaced.

Euro remained under pressure as the US plans to slap about $7.5 billion of duties on European imports, consisting of levies on Airbus planes, French wine and an assortment of European whiskies and cheese.

The US move comes in the wake of a WTO ruling in favour of the US against the EU in its long-running dispute having to do with subsidies given to Airbus.

The author is Senior Analyst - Institutional Equities at Yes Securities