End of the summer: Events that may shake markets in September

The will-they-won’t-they debate over trimming pandemic-era stimulus gets an airing with several G10 central banks holding meetings. A showdown over US national debt alongside crucial elections in Japan and Germany add to the risks. Here are eight events, listed chronologically, which investors will watch in September.

After a summer in which stocks have hit a seemingly never-ending run of record highs, September brings a series of monetary and political events that could jolt investors out of their complacency.

The will-they-won’t-they debate over trimming pandemic-era stimulus gets an airing with several G10 central banks holding meetings. A showdown over US national debt alongside crucial elections in Japan and Germany add to the risks.

Here are eight events, listed chronologically, which investors will watch in September:

TAPER DOWN UNDER — SEPTEMBER 7

The Reserve Bank of Australia meets on Tuesday and provides September’s first test of central banks’ determination to stick with plans to cut stimulus.

Last month, it stuck with plans to reduced weekly bond buying to A$4 billion ($2.9 billion) in September from the previous A$5 billion.

Yet the rapid spread of the Delta variant and a slowing economy are piling pressure on the RBA to delay the tapering — or even to go into reverse and ease again. WHO LET THE HAWKS OUT? ECB MEETS — SEPTEMBER 9

Thursday’s European Central Bank meeting could be a lively affair. ECB policy hawks have been out in force, arguing now is the time to start debating the end of a stimulus scheme.

The ECB might opt to slow the pace of purchases but chief Christine Lagarde will likely stress this is not the same as tapering.

Communicating that will not be easy. The risk is markets interpret such a step as hawkish — lifting the euro and sovereign borrowing costs. Trudeau is hoping his management of the pandemic and vaccine rollout will deliver him a majority, but polls show his Liberals in a statistical tie with Erin O’Toole’s Conservatives.

Canadian elections rarely register for global markets, but with the Liberals proposing tax hikes on big banks and both candidates proposing spending increases, this one will be watched closely. 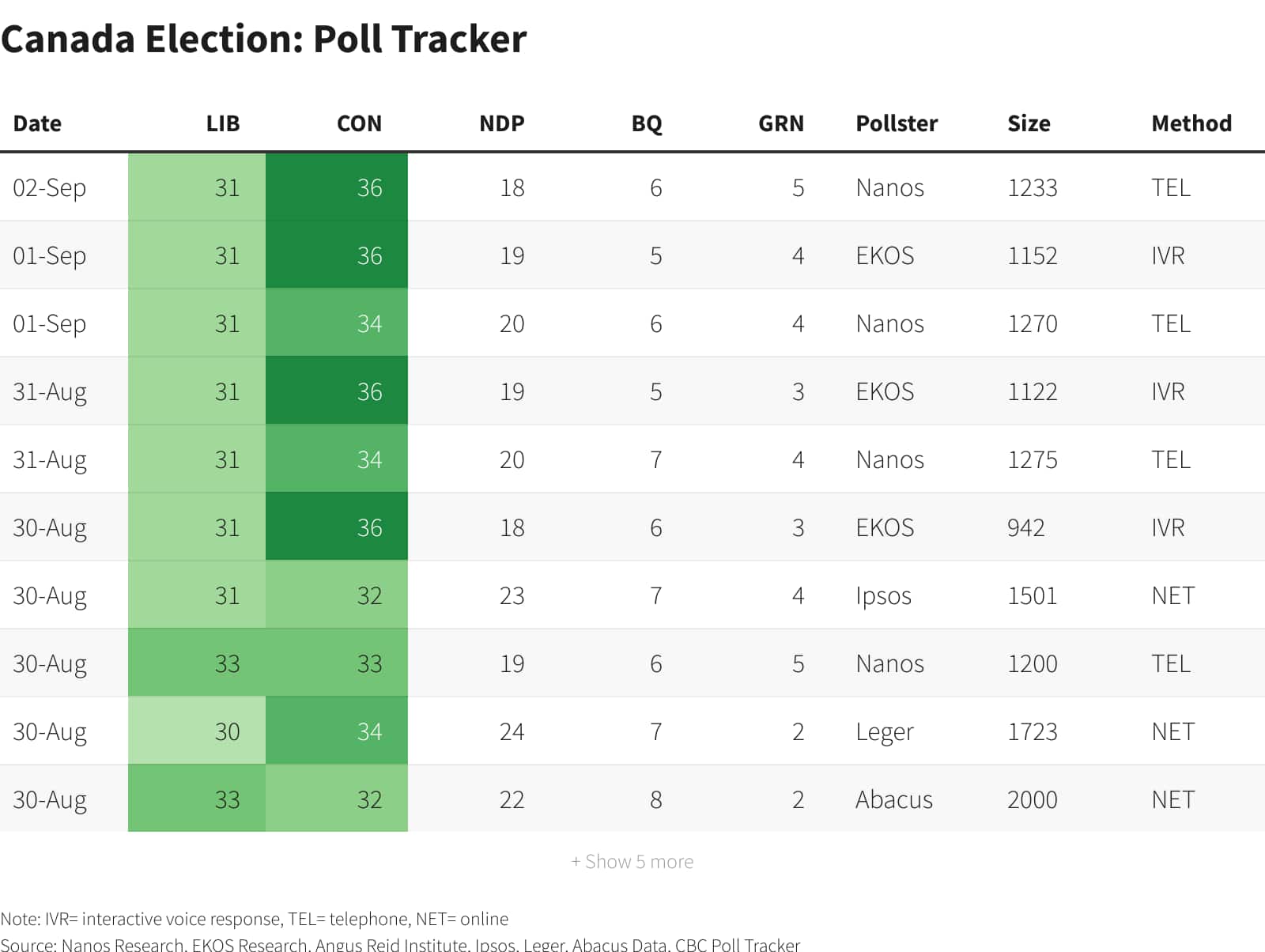 Weak August US payrolls have not entirely derailed expectations the Federal Reserve might announce a taper timeline at its September meeting. But with a year-end start to the taper mostly priced in, focus is shifting to when interest rates may rise.

Fed boss Jerome Powell could stress again that tapering and rate increases are separate and that he regards current inflation spikes as transitory.

Fed fund futures are pricing the first hike for early 2023. And we should also know by the meeting whether it will be Powell who presses the button on that rise — his term expires in February 2022. Ninety percent of economists polled by Reuters expect his tenure to be extended. Norway is set to raise interest off 0 percent, becoming the first of the G10 group of developed economies to do so.

A rate hike will demonstrate its willingness to look beyond rising COVID-19 infections and to focus on a strongly recovering economy.

Investors expect the rise, but confirmation that a major central bank is actually tightening rather than just talking about it — especially after New Zealand unexpectedly baulked at raising in August — would still mark a significant moment for markets hooked on cheap cash.

The election has a wider-than-usual range of possible outcomes, especially as the centre-left Social Democrats are leading in the opinion polls, pulling ahead of Merkel’s conservatives for the first time in 15 years.

Two key questions for markets — what will a new government mean for fiscal policy at home and at the European level? And what does it mean for European integration?

Prime Minister Yoshihide Suga’s decision to resign has given a surprise twist to Japanese politics.

Amid a wave of COVID-19 infections, Suga’s popularity had sunk but there is no frontrunner in the race to succeed him as chief of the ruling Liberal Democratic Party.

Possibles include ex-foreign minister Fumio Kishida and the popular minister in charge of Japan’s vaccination rollout, Taro Kono. Whoever triumphs is assured to become premier given the party’s majority in parliament’s lower chamber.

The contest is slated for Sept. 29, and the winner must call the general election by Nov. 28. The US Treasury technically hit its $28 trillion debt ”ceiling” a month ago but by dipping into its bank accounts, it has postponed the day it runs out of borrowing room. Yet the day will soon come — probably in October — when it lacks the money to pay its obligations.

To prevent a government shutdown or worse, a technical default, Congress must this month raise or suspend that limit. Republican senators, opposed to the Democrats’ $3.5 trillion infrastructure plan, have vowed to vote against raising the ceiling.

Back in 2011 the debt ceiling bickering induced S&P Global to cut US credit ratings to AA+ from AAA. Fitch might do the same this time, leaving the United States with only a Moody’s triple-A rating.

While there is no sign bond markets are pricing in a risk of default, that could change. In the words of NatWest analysts, it ”sets up a September to remember in DC”. 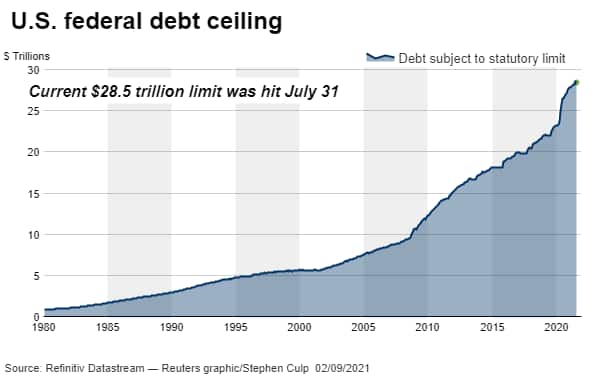