On the positive side, we could also see some new opportunities emerging out of this crisis (like one has seen with every crisis) and those could drive the recovery.

Given the fiscal constraints and how prudent this dispensation has been in the past, we do not expect any major freebies, barring those that are targeted towards the marginalized sections of the society or few sectors that have been impacted the most, Abhijeet Dey, Senior Fund Manager – Equities at BNP Paribas Mutual Fund said in an interview to Moneycontrol's Sunil Shankar Matkar.

Q: Do you feel the market can recoup all its losses in FY21? What is your broad call on the earnings?

On the earnings front, Nifty 50 EPS for FY20E/21E/22E is likely to be around Rs 510/543/686 (Kotak Institutional Equities estimates – report dated April 19, 2020). This, in some sense, builds in recovery starting the second half of FY21 assuming the health crises is resolved and we are on the path to recovery. If that happens, yes we could potentially recoup the losses by FY21 end on expectations of more normalised economic activity. However, the way the health crisis is tackled and in what timeframe will dictate that path.

The resolution to the health crisis can come about in two ways a) success in finding a vaccine/drug or b) the infections peak out sometime in the future. The first one would mean more certainty on future recovery whereas the second one could imply there could be another wave of this virus which would entail some sort of corrective measure to take care of such eventualities and hence a more volatile recovery. Once this is achieved, we also need to look at what sort of fiscal and monetary measures have been used or will be needed to kickstart the economy. 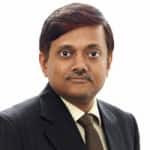 As things currently stand, India as an economy has taken a lot of pain upfront by way of Lockdown early on which helped curtail the cases quite well. However, this has meant that the economic cost of this for certain sections of the economy have been very severe – for example, tourism, travel, retail, entertainment, real estate, diversified financials or the leveraged businesses across sectors at corporate level.

Further, smaller or mid size businesses with weak balance sheets could end up ceding a lot of market share during these trying times as they may not have the strength to take the pain of supporting supply chain and channel partners. Another segment that will be impacted at an individual level are the people at the lower end of the economic pyramid like daily wage earners or migrant labour. While some support schemes have been announced by the Government for the corporates and individuals, a lot more may have to be done. We believe these developments are likely to dictate the velocity of the recovery.

On the positive side, we could also see some new opportunities emerging out of this crisis (like one has seen with every crisis) and those could drive the recovery. We have a fairly young demography and that coupled with some of the structural reforms put in place over the last few years can position us well.

Q: What is your advise to your clients given the attractive valuations across sectors?

On Equities at the outset, what we keep telling investors is that it is a high risk asset class given cash flows to equity holders in a company comes at the last. In that sense, they bear the highest volatility in cashflows of any stakeholder. Commensurate to that risk, over the longer term, equity has given the highest return (refer below Morgan Stanley table) as compared to the five most common asset classes open to an investor. In that sense, an investor into equities needs to come in with the longer term in mind and it has to be one of the many asset classes where an investor invests (not the only one).

At the current juncture, on trailing earnings basis, equities are trading at long term averages and are attractive in that sense. However, our recommendation always has been that don't try to time the market, it is very difficult and SIP (Systematic Investment Plans) are a good way to – one, keep discipline around investing and two, avoid timing risk.

Q: Most of experts are least bothered about March quarter earnings as lockdown will not have much impact on those earnings. Do you feel so? Do you expect first half of FY21, and second half of FY21 to some extent, will be bad for companies in terms of earnings. Further FY22 will be a good year in terms of normalcy and low base, do you feel so?

At our end, we are more bothered about cashflows rather than earnings. That is what distinguishes the strength of a business, the competency of the management and what they can do when the tide is against them. In that sense, we will watch the March and June quarter results (assuming health issue is resolved soon) more closely than any other quarter. As things stand today, we believe there is likely to be cashflow pressures in first half of FY21 but as things start to normalize (our assumption), one is poised for a recovery in second half of FY21 and FY22. The magnitude though could differ across businesses/sectors.

Q: IMF's Kristalina Georgieva says coronavirus crisis is the worst since Great Depression. Does it mean that the global economy will be in a recession for a longer period?

In terms of the impact on the economies globally, the data does seem to suggest that we are at one of the worst troughs since the Second World War (if not Great Depression). However, in the current time, the monetary policy makers as well as governments globally have introduced various policy measures very quickly (learnings from the past) on both the monetary and fiscal front. So once this health crisis resolves, the multiplier in the economic activity is bound to pick up and the massive liquidity infused by the policy makers could actually start finding newer avenues for investment. That can dictate the pace of this recovery.

As regards India, I think we took the boldest step globally (and being proved right thus far) to introduce a lockdown quite early. That has helped keep the spread of the virus in check. To that extent we are better. However, where we differ on the economic front is that some of the developed world, despite higher debt to GDP levels have chosen to provide much larger stimulus (monetary and fiscal). Here we need to wait and watch what our Government is looking to do in the next phase and that will be keenly watched by the market. These measures in some sense can decide how much better we emerge versus the rest of the world from this health crisis.

Q: IT companies have so far reported muted numbers for March quarter. What are your thoughts on the sector and their earnings momentum?

Numbers seem par for the course given the lockdown happened for nearly 6-7 percent of the quarter (7 days of 91 days in the quarter) and most of these businesses have a higher proportion of workforce sitting in India, where lockdown was implemented early. In that light, the swiftness with which these businesses have now moved such large workforces to do work from home (over 80-90 percent in case of the industry) is nothing short of impressive.

In that sense, we are quite positive about their prospects in the medium to long term. Further, the currency does improve their cost competitiveness and most of these businesses are having good capital allocation policies.

Q: What are your expectations from the government on the stimulus package?

Given the fiscal constraints and how prudent this dispensation has been in the past, we do not expect any major freebies, barring those that are targeted towards the marginalized sections of the society or few sectors that have been impacted the most. On what the quantum could be is anyone’s guess but seems unlikely to be high like other economies.

Disclosure: The sector(s) mentioned in this document do not constitute any recommendation of the same and BNP Paribas Mutual Fund may or may not have any future position in these sector(s).
Sunil Shankar Matkar
Tags: #FII View #MARKET OUTLOOK
first published: Apr 28, 2020 12:52 pm