The novel coronavirus will continue to remain in headlines till we get it under control or the vaccine.

The market maintained its momentum for the fourth consecutive week ended July 10 despite rising COVID infections and FII-DII outflow. The mood of Dalal Street remained strong largely due to easing tensions at India-China border, the progress in vaccine and encouraging speech by the Prime Minister Narendra Modi at the India global week summit.

The BSE Sensex gained 1.6 percent for the week and the Nifty50 was up 1.5 percent, backed by banking & financials and IT stocks, while the BSE Midcap index climbed 0.8 percent and Smallcap rose 1.6 percent.

The market closed higher over its previous week's closing but overall it has been moving in a narrow range, which is largely an indication of limited cues which can propel the rally further. On the other side, as worst already priced in, the street is closely watching the management commentaries and that could be one of the key reasons that the market has not been seeing any major selling pressure, hence there could be further consolidation with an eye on COVID-19 infections count, experts feel.

"Needless to say, global cues and updates related to COVID-19 will remain on the radar. We have been seeing a gradual recovery, following upbeat global markets and favourable local cues. However, the concern related to rising COVID-19 cases in India and aboard is still lingering, and that, in turn, affecting the pace of economic activities," said Ajit Mishra of Religare Broking who suggests limiting aggressive bets at current levels and awaiting clarity over the next directional move.

Here are 10 key factors that will traders busy next week:

As we enter the second week of the June quarter earnings season, more than 60 companies will declare their quarterly numbers. These include Infosys, Wipro, HDFC Bank, Britannia Industries, HCL Technologies and Mindtree.

After TCS' numbers last week, now the street will closely watch Infosys' June quarter earnings (on July 15). The second-largest IT services provider is expected to report around 5 percent sequential decline in constant currency revenue with a cross-currency headwind of 20 bps in Q1 FY21, which could be impacted by retail and banking segments.

EBIT margin could decline 20-40 bps QoQ due to lower revenue and weak operating leverage, while the company is unlikely to provide any full year (FY21) guidance but its commentary about external environment, deal wins, any pricing pressure due to lockdown and vertical impact will be closely watched.

HCL Technologies, which will announce quarterly earnings scorecard on July 17, is likely to report around 8 percent sequential decline in constant currency revenue with around 200 bps fall in EBIT margin for the quarter ended June 2020.

One of the key events next week is Reliance Industries' 43rd Annual General Meeting which will be held on July 15. From its last AGM in August 2019, the stock rallied 63 percent and hit a record high with a market cap close to Rs 12 lakh crore now, as the company successfully achieved its debt reduction plan well before its deadline of March 31, 2021, through stake sale in Jio Platforms and rights issue. The rally was also led by a strong performance of telecom business.

Now all eyes on the speech by billionaire Mukesh Ambani, who will address shareholders at 2 PM on Wednesday.

"Given by recent past records, RIL's AGM improves the mood of its stock price and given the huge weight in index, markets too are expected to remain on a higher side unless negative global cues spoil the RIL AGM party. This time it is expected that the AGM would garner maximum viewership given the slew of deals cracked for Jio Platforms," Jimeet Modi, Founder & CEO at SAMCO Securities & StockNote said.

Specialty chemicals manufacturer Rossari Biotech will open its nearly Rs 500 crore IPO for subscription on Monday. The price band of the issue, which will close on July 15, is set at Rs 423-425 per share.

It will be the first IPO in nearly four months after the listing of SBI Cards & Payment Services in March.

Also, the second tranche of Bharat Bond exchange traded fund (ETF) will open for bidding between July 14-17, with two more new ETFs maturing in 2025 and 2031.

The Bharat Bond ETF will be managed by Edelweiss AMC and the base size of the ETF issue is Rs 3,000 crore with a green-shoe option of Rs 11,000 crore.

The country has witnessed a consistent rise in COVID-19 cases with over 25,000 cases coming out each day for the last 4 days.

Globally, there have been over 1.2 crore confirmed cases of COVID-19. More than 5.6 lakh people have died so far.

FIIs, as well as DIIs, turned net sellers during last week raising concerns over the ongoing rally in the equity market which has been rising for four consecutive weeks. The benchmark indices gained 8 percent during four weeks, to hit a four-month high.

Also, the inflow into equity schemes of mutual funds was also not great during June 2020, which in fact has consistently been declining for past few months, coming in at Rs 241 crore against Rs 5,256 crore in June 2019.

The Nifty50 closed 1.5 percent higher but overall it continued to move in a narrow range for fifth consecutive trading session on Friday to form Doji kind of pattern on daily charts and witnessed Spinning Top kind of formation on the weekly scale.

The consistent rangebound move after hitting four-month high and the formation of Spinning Top pattern indicated that the market could consolidate with a negative bias in coming session, and the major upside and downside from here on is likely if the index breaks its range of 10,600-10,850 decisively on either side, experts feel.

"Nifty formed a Spinning Top type candle pattern at the swing high of 10,847, as per week's closing. This pattern could be an alert signal for bulls at the higher levels. Normally such patterns at the important swing highs and followed by long bull candles are the candidates for the reversal patterns. Hence, a sustainable move only above 10,850 could open further upside in the market," Nagaraj Shetti, Technical Research Analyst at HDFC Securities told Moneycontrol.

The short term trend of Nifty is rangebound with weak bias and the beginning of decline from the highs is likely to bring bears into action, he said.

The overall options data also indicated that the Nifty could be in a range of 10,500-11,000 in the coming week. 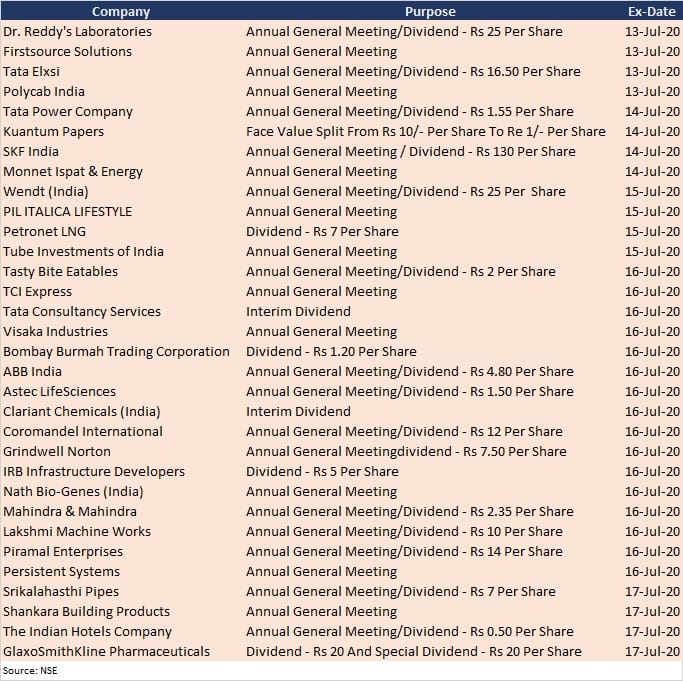 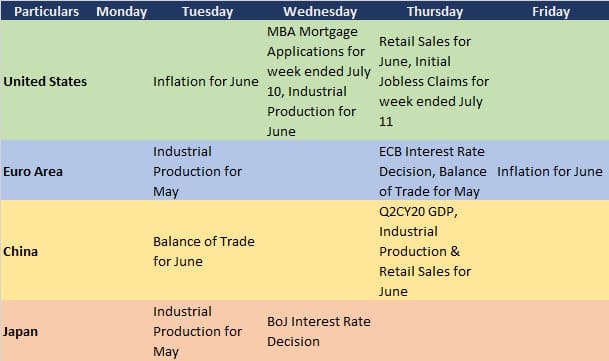