Surging raw material prices driven by global commodity trends and subdued domestic consumer demand due to potential lockdowns can be a two-headed monster that ails the bottom lines of several sectors, says Agarrwal

Atanuu Agarrwal, Co-founder, Upside AI, doesn’t believe in timing the market based on benchmark levels or static filters. He is also not the one to get carried away by “record market highs”. The market in a growing economy will trend up, which means it may probably hit “all-time highs” multiple times in a year, he says.

Agarrwal, who has extensive experience in public and private investing both in India and the US, says the auto sector, which has underperformed, is a victim of high raw material prices, supply-side bottlenecks and low demand.

In an interview to Moneycontrol’s Sunil Shankar Matkar, he says a normal monsoon and the upcoming festival season may help the sector. Edited excerpts:

The market has been hitting record highs. What are the parameters that indicate that the valuations are expensive or there is room for the rally to continue?

There is often a tendency to equate the “market” with either the Nifty50 or the Sensex. There are over 2,000 companies listed on just the NSE. Even if you eliminate relatively “illiquid” counters that would still leave over 500 securities. 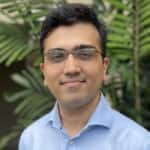 In addition, I don't think looking at price-to-earnings (PE) in isolation and benchmarking it to a historical standard is the correct approach. One could argue that with discount rates /cost of capital at historic lows, age-old standards for PE may not be appropriate. Also, looking at other metrics such as return on capital, cash flow yields, etc in conjunction with PE is important. A market can be made to look expensive (or cheap) at any given point of time by cherry-picking standalone metrics.

We are strong believers in not timing the markets based on benchmark levels or static filters. The market in a growing economy will trend up, which means it may probably hit 'all-time highs' multiple times in any given year.

At current market levels, which are the pockets where you can put your money and why?

Just like the popular saying in real estate – it's all about diversification, diversification and diversification. Irrespective of market levels, one needs to manage risk, which along with returns, are two sides of the same coin.

We often tend to focus only on the latter. Hard-earned money from non-professional investors should have at least a three-five year horizon (if not longer) when picking products or opportunities. So, again market levels are not so relevant, especially if you follow a dollar cost averaging/systematic investment plan (SIP) approach.

Do you expect more earnings upgrades in Q2FY22 and why? Have you changed your FY22 earnings growth projections?

As a firm, we don't rely on growth projections or forecasts. Having said that, and as stated earlier, I think the most important factor for earnings momentum will be our ability to avoid large-scale lockdowns due to a potential third wave or better still, avoid a wave altogether.

Surging raw material prices driven by global commodity trends and subdued domestic consumer demand due to potential lockdowns could be a two-headed monster that ails the bottom line of several sectors. Any domino effects on lending books may ultimately lead to a liquidity crunch, especially for SMEs and MSMEs.

Do you think GST collection, e-way bill generation, and peak power demand is pointing towards better-than-anticipated economic recovery? Does it mean India will report more than 10 percent growth in FY22?

Of course, the economy seems to be pointed in the right direction. However, I personally believe that growth forecasts have limited value. What I will say is that despite the 20 percent+ year-on-year Q1FY22 GDP growth (over Q1FY21), we are still lagging Q1FY20 by over 9 percent.

On the back of better vaccine coverage and generous stimulus, many developed economies (the US, China, etc) have managed to surpass pre-Covid numbers. Looks like the second wave had a material impact on private demand. I would think that our best shot at wiping out the last innings' deficit is to focus on minimising the impact of a potential third wave.

As a side note, I would encourage everyone to read Howard Mark's memo "Thinking About Macro" for an insightful look on the unknowability/unreliability of forward-looking macro metrics.

The auto sector has taken a hit in the last three months. What are the reasons and how long will this underperformance continue? Is it time to pick auto space or should one wait?

The auto sector was a victim of the two-headed monster I mentioned above. High raw material prices, supply-side bottlenecks and low demand due to the second wave. Just like last year, a normal monsoon and the upcoming festive season may come to its rescue. In addition, high direct tax collections point towards robust recovery for the formal sector of the economy. This could prove to be yet another tailwind for the auto sector.

Nifty midcap100 and smallcap 100 indices posted gains for the 14th and 9th consecutive month, respectively. Do you think they will continue to outperform the Nifty in the coming months as well?

The CAGR for the MS400 between January 2018 (its previous all-time high pre-Covid) and August 2021 (current all-time high) is around 10 percent, which is approximately 350bps below its long-term (around 14-year; since January 2007) CAGR.

The point I am trying to make is that there was a sustained period of underperformance in the small- and mid-cap space for two-three years around 2018-/2019, some of which is being made up now. Also, I think to some extent the silver lining from the pandemic is that many of these firms have become more operationally efficient; as demand comes back operational leverage should result in better return metrics.

Short-term performance is almost impossible to predict accurately – you may as well toss a coin but we are bullish about small and mid-caps over the long term.

Realty (up 21 percent) and IT (up 28 percent) have been the star performers over the last three months. What is the reason behind the rally? Do you think it is time to book profits in these sectors or one should keep holding them?

Low-interest rates and sector consolidation seem to be driving optimism for the realty sector. On the demand side too, discounts in stamp duty and work-from-home seem to have bolstered sales. As the world opens up, inflation and any subsequent interest rate uptick remain a key risk factor.

The case for the IT sector is more obvious—as global lockdowns drove demand for digital services. Both mid-cap and large-cap Indian companies were well-positioned to meet the demand. As a firm, we do not make sector calls based on macro factors, we follow a bottom-up, fundamentals-based approach to construct portfolios.

Disclaimer: The views and investment tips expressed by experts on Moneycontrol.com are their own and not those of the website or its management. Moneycontrol.com advises users to check with certified experts before taking any investment decisions.
Sunil Shankar Matkar
Tags: #MARKET OUTLOOK #Nifty #Sensex
first published: Sep 20, 2021 07:51 am