Daily Voice | Next leg of earnings growth to be driven by domestic investment and consumption, says this chief investment officer

Niraj Kumar of Future Generali says the narrative could soon turn towards growth fears versus inflation fears, which will likely lower the US Fed’s hawkishness. This is likely to happen around the end of 2022.

While the US Fed’s hawkishness and recent August Inflation print at 8.3 percent have led to a lot of clamour in markets around aggressive rate hikes in the ensuing policy meetings, Niraj Kumar of Future Generali India Life Insurance Company believes it’s unlikely that the Fed would take the rates aggressively beyond four percent. "We are closer to the peak of Fed hawkishness and inflation fears."

The chief investment officer at Future Generali India Life Insurance Company, with nearly 20 years of professional experience in the area of fund management and macroeconomics, says he expects the next leg of earnings growth to be driven by domestic investment and consumption with sectors such as BFSI (banking, financial services, and insurance), consumption and capital goods likely to be prime beneficiaries.

Kumar says they continue to remain optimistic on the capital goods space with multiple levers playing out that provides earnings visibility. "We are on the cusp of the government’s capex upcycle which has largely led to strength in order books for most companies in this space."

Do you think India's earnings cycle will remain healthy amid the current adverse macroeconomic scenario?

We believe the outlook for India’s earnings cycle remains sanguine despite the adverse global macro-economic backdrop of an imminent slowdown and rising interest rates. The current domestic environment and positioning of India in the new geopolitical set-up is quite favourable to spur a new earnings growth cycle. 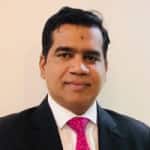 Besides, supportive supply-side policy reforms by the government such as Atmanirbhar Bharat and production linked incentive (PLI) policy, along with strong infrastructure push, will ensure a new leg of the investment cycle, which will further improve the outlook for India's earnings growth.

Finally, the softening of commodity prices will ease input cost pressures and aid margin expansion for multiple sectors going forward. We expect the next leg of earnings growth to be driven by domestic investment and consumption with sectors such as BFSI, consumption and capital goods likely to be prime beneficiaries. Barring the new normal of heightened volatility, we believe India is headed for a reasonably good earnings cycle in the medium term despite adverse macroeconomic scenario globally.

Indian markets have been outperformers in the emerging markets arena, and we believe the outperformance is not something unreal but indeed structural in nature and here to stay for the medium to long term. Indian equity markets have exemplified resilience and navigated seamlessly with limited price damage despite being facing all possible headwinds such as Russia-Ukraine standoff, Fed’s hawkish stance and rate hikes, high inflation, elevated crude oil prices, global energy crisis and unprecedented FII (foreign institutional investor) selling.

While the macro narrative of global recession fears, rising interest rate environment, and volatile crude prices would continue to impart bouts of volatility in equity markets, we reckon India’s strong economic and earnings recovery coupled with multi-year investment cycle is expected to provide tailwinds at the same time. The market is just about five percent shy of previous record highs, so reclaiming or even surpassing those levels is indeed a good possibility. Having said that, near-term volatility is here to stay as global growth concerns continue to remain a worry but we are likely to see the market going to a new high in the near term.

Are you super bullish on original equipment manufacturers (OEMs) or ancillaries in the auto space?

As we know, OEMs as well as ancillaries have done well in the recent past. With the semiconductor chip shortage issue largely seen as behind us, one can expect gradual revival in volumes to the previous peak of FY19. This, coupled with moderation in commodity prices, should provide earnings visibility going forward.

However, we must acknowledge that the OEM category has been a big beneficiary of supply constraints as the market has become a seller market, which will change gradually as supply gets better. Also, valuations have turned rich in the space and hence we need to be selective in stock picking. Coming to auto ancillaries, the outlook usually echoes that of OEMs.

Therefore, there is earnings visibility in this space as well. The capex cycle for most ancillaries is behind, so asset sweating from hereon should ensure cash flow generation. However, we remain cautious on export-oriented auto ancillaries as global growth remains a concern.

Is it time to go gung-ho on the capital goods space as it has already gained more than 22 percent in the current financial year?

We continue to remain optimistic on the capital goods space with multiple levers playing out that provides earnings visibility. We are on the cusp of the government’s capex upcycle which has largely led to strength in order books for most companies in this space.

With financial incentives from the PLI (production linked incentive) scheme, China +1, reduction in corporate tax rates, and deleveraging of corporate balance sheet, India is at an inflection point of a new manufacturing revolution. Thus, we expect the private capex cycle to pick up as well, further giving a fillip to order books. Besides, there is also the theme of under-ownership in this space, which would play out going forward.

We continue to remain overweight on this space despite the recent run-up and favour companies which would be prime beneficiaries of the domestic structural turnaround.

Do you think the likely repo rate hike in September policy meeting will be the last by the Reserve Bank of India in the current calendar year considering the current economic and inflation environment?

In the incumbent interest rate cycle, the Reserve Bank of India has clearly embarked on frontloading of rate hikes given the backdrop of synchronised aggressive global policy tightening and volatility in global forex and rates market.

While the Reserve Bank of India faces an arduous task of managing growth along with price and financial stability, we reckon the rate hike cycle for India this time is going to be a shallow one unlike our western counterparts who have to be more aggressive. This belief stems from the fact that domestic inflation has likely peaked out and given favourable base effect going forward, coupled with incremental global data flow and commodity prices continuing to show signs of softening. We believe we are most likely close to the fag end of the rate hiking cycle in India after the September meeting.

Besides, with softening of crude prices, possible inclusion of Indian bonds in the global bond indices, and FPI (foreign portfolio investor) flows into Indian equities turning positive, concerns on rupee would also start waning after a couple of months.

Will the Fed take its funds rate beyond four percent in upcoming policy meetings?

While the Fed’s hawkishness and recent August inflation print at 8.3 percent have led to a lot of clamour in markets around aggressive rate hikes in ensuing policy meetings, we believe it’s unlikely that the Fed would take rates aggressively beyond four percent.

We believe that we are closer to the peak of Fed hawkishness and inflation fears. In our view, the narrative could soon turn towards growth fears versus inflation fears, which will likely lower Fed’s hawkishness. This is likely to happen around the end of 2022.

As we move forward, inflation and growth both will start treading lower globally, the risks of global slowdown will start getting more pronounced, and aggressive Fed rate hikes are likely to stoke a shallow recession in the US by early 2023.

Disclaimer: The views and investment tips expressed by investment experts on Moneycontrol.com are their own and not those of the website or its management. Moneycontrol.com advises users to check with certified experts before taking any investment decisions.
Sunil Shankar Matkar
Tags: #Daily Voice #MARKET OUTLOOK #Nifty #Sensex
first published: Sep 19, 2022 07:06 am