After two consecutive quarters of solid earnings beats and upgrades, we expect another strong quarter, aided by a deflated base of Q4 FY20 and healthy demand recovery for the large part of Q4 FY21, said Jani.

Jani has more than 25 years of experience which includes research, advisory, building financial products, and client servicing. He began his capital markets career as a Research Analyst and has subsequently worked across different roles in banks and brokerage firms.

In an interview with Moneycontrol's Kshitij Anand, Jani said that the AMC industry presents tremendous potential for growth, given a large untapped market with favorable demographics. 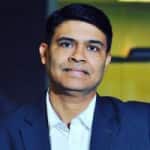 Q) What does the MF data suggest about the investment trends of fund managers in the recent past?

A) The recent past saw a notable change in the sector and stock allocation of funds. The weights of Banks and capex driven sectors/cyclicals like Metals, Oil & Gas, Utilities, Cement, Capital Goods, Real Estate, and Infrastructure increased, while the weights of Telecom, defensives like Technology, Healthcare, Consumer, and Automobiles moderated.

Consumer’s weight has continued to moderate for the last nine months to a 34-month low of 7.1% (-70bp MoM, -120bp YoY). As a result, the sector slipped to the fifth position in MF allocation, making way for the Oil & Gas sector in the fourth position.

Capital Goods weight increased for the fourth consecutive month to an 11-month high. Technology though moderated in Feb’21, continued to scale new heights.

Investors have capitalized on the market rally to book profit and rebalance the portfolio as markets continue to achieve new highs, leading to a moderation in the domestic MF flows.

Q) The RBI policy was largely dovish, but do you think it was enough to battle another phase of lockdown in case COVID spreads to other states?

A) While the unchanged policy rates and stance came on expected lines, the tone of the monetary policy statement was rather dovish, contrary to our expectation.

The rising second wave of COVID-19 cases may have caused the RBI to take a step back from the liquidity normalization process that it had started in Dec'20.

In fact, RBI's major focus at this point in time seems to be more on yield curve management, given the massive government borrowing program in FY22.

The announcement of new liquidity measures and the extension of a few indicates that monetary policy normalization might be delayed and be more gradual than earlier expected.

Q) How is March quarter results likely to pan out for India Inc.? Which sectors could outperform and which ones could lag?

A) After two consecutive quarters of solid earnings beats and upgrades, we expect another strong quarter, aided by a deflated base of 4QFY20 and healthy demand recovery for the large part of 4QFY21.

Performance is expected to be healthy despite headwinds of commodity cost inflation in various sectors. The key drivers of the 4QFY21 performance include: a) Metals – on the back of a strong pricing environment and higher volumes; b) Private Banks and NBFCs – on moderation in slippages and improved disbursements / collection efficiency; c) a continued strong performance from IT – as deal wins translate into higher revenues; d) Autos – as operating leverage benefits offset commodity cost pressures; and e) Consumer Staples and Durables – on strong demand recovery despite commodity price inflation.

Q) 2 sectors that stand to gain from COVID, lockdown and have proved their worth in 2020 were Life Insurance and AMC companies. Do you think these 2 sectors are good for a decade that could produce the next set of multibaggers?

A) Both these sectors enjoy a structural growth story given their high under penetration and thus the potential to tap the large untapped market.

Life Insurance: The life insurance sector is seeing a structural shift in the product mix toward high margin products (Individual /Group Protection and Annuities) as insurers are capitalizing on the large untapped income pools.

In our view, Indian life insurers have adapted well to the growing Protection/Annuity needs of customers, and have accordingly redesigned product structures, pricing, and distribution incentives.

However, Non-PAR is a risky segment as the ability to hedge interest rate risk in India is very limited. However, some players have started shifting their focus toward the Non-PAR segment as (a) it is a high margin product compared to PAR/ULIPs, and (b) there is strong demand for retirement products.

AMC: The mutual fund industry enjoys several structural benefits and thus present strong growth potential for the next decade. The industry is highly under-penetrated with AUM to GDP ratio at just a mere 12%.

However, over the past few years, a gradual shift is taking place towards the MF industry due to several factors. The millennials are recognising the importance of savings and are getting attracted to the equity market.

Increasing digitalisation is also making it easier to open demat accounts and start investing from the comfort of one’s home. Moreover, the millennials have a huge risk appetite as compared to an earlier generation.

Further, due to improving investor education and growing awareness, an increasing number of retail investors from tier-2 and tier-3 cities have been actively investing in MFs.

In the current scenario, where interest rates are going down, many people are looking at MFs as an alternative investment.

Smart recovery in the market is also luring many to invest in MFs via the SIP route especially if they are not able to participate in the equities through the direct route.

Thus, the industry presents tremendous potential for growth, given a large untapped market with favorable demographics.

Q) If we see another phase of lockdown do you think IT, pharma specialty chemicals could lead the charge? The trade would once again tweak towards sectors that were winners of 2020 lockdown?

A) Yes, it is quite possible that we may see the action once gain shift to defensives like IT and Pharma in case of another phase of lockdown - who were major gainers of 2020 lockdown.

Given the first lockdown, companies have realized the importance of adopting technology. Thus more and more of the physical economy is gradually migrating to the Digital space, resulting in Indian IT to emerge as the key second-order beneficiary.

Recent commentary from both large- and mid-cap IT Services companies point to this optimism. A healthy order pipeline, large deal signings, and the absence of headwinds should drive the outperformance of the sector.

In the case of Pharma, investors' focus has shifted to COVID 19-related opportunities. Further, the ANDA pipeline continues to remains healthy, providing growth avenues ahead.

Vaccines are providing new opportunities for companies. Growth in the domestic Formulations has picked up in the recent past.

Acute Therapies are also on the recovery path. The USFDA has conducted inspections in India for products facing a shortage. However, regular inspections are still some time away.

The outlook for Formulations/API/CDMO for developed, as well as emerging markets, remains strong.

Q) Many interesting companies have hit D-Street in 2021 and many more have lined up to hit D-Street to raise money in the near future. What is the checklist that one should follow to avoid traps? Over 20 companies have listed so far in 2021. But, most of them are trading with marginal gains after initial pop?

A) The IPO season kicked off with Rossari Biotech in July’20 and since then the momentum has only accelerated and we have already seen 33 IPOs hitting the market.

The frenzy will not end here as many IPOs are still line up for CY21 and include the mother of all IPOs – LIC - expected to hit by end of the year.

Many IPOs gave more than 100% returns which lured more and more retail investors towards the Primary market. However, most of them are now trading with marginal gains after the initial run-up. So not all IPOs are successful.

Even if the company has good fundamentals, it may not necessarily garner a lot of interest or see a successful listing. Thus, IPOs need to be looked at from a different perspective as compared to investments in the secondary market.

Is it a leader in its space or has it created a niche for itself in a crowded space or is it a first of its kind listing. For example, Nureca - the first digital company in the Home healthcare and wellness product space, Nazara Technologies - a pure gaming company and the first of its kind to get listed in India.

In fact, CY20 saw many niche businesses get listed like MTar, Gland Pharma, Route Mobile. Route Mobile has been the most successful IPO of recent times as its presence in a niche business with strong growth potential and high entry barrier and thus we saw returns multiplying.

However, companies present in already crowded space is not getting a lot of attraction, unless and until it has a specific moat. For example, Home First Finance, Suryoday SFB got a poor response.

But, Indigo Paints saw a good response despite being in the paints industry as it has created a different market for itself by being present in decorative paints.

Similarly, Happiest Mind, though is a midcap IT company but has major exposure to Digital IT which is booming the most current and is expected to be the next big theme, along with being backed by strong management, saw its price become 3x since listing.

Some of the chemicals companies that got listed in past one year like Rossari Biotech, also gave handsome returns as the whole sector is expected to gain tremendously from China plus one strategy adopted by MNCs and PLI scheme being rolled out by the government.

It has been observed that if the business is good and the financials are decent or expected to turnaround quickly, then investors are ready to ignore the valuations to a certain extent.

In the last year, almost all IPOs were priced aggressively but despite that, the majority saw huge oversubscription and gave robust listing gains.

Q) Do you think managing debt is an important parameter especially after COVID outbreak? How much debt is good for companies on books and should investors avoid companies that have high leverage on books?

A) After the COVID-outbreak companies realized the importance of liquidity on the balance sheet which became paramount important to run businesses in the short term especially at the time of the nation-wide lockdown and consequent collapse in revenues.

They realized that in such times servicing high debt on the balance sheet becomes really difficult to manage. Thus bringing debt under manageable level (debt/equity at ~1x) became point of focus for many companies.

Several companies cut down on their spending drastically while capex was largely put on hold and thus that helped them reduce their debt substantially. Ideally, debt/equity ratio should not go beyond 1x but it depends upon the industry nature too.

Investors normally should avoid debt-laden companies unless they understand the businesses very well and are confident of management’s capability to tackle high debt in the books.

Q)  Which stocks are likely to be in focus after the Cabinet on Wednesday approved production-linked incentive (PLI) schemes for white goods and solar modules, which would together cost the government Rs 10,738 crore over five years?

A) Tata Power is likely to benefit from the PLI scheme in solar modules which will help in achieving 450GW renewable energy by 2030 target set by the government. In case of white goods, PLI scheme has been approved for AC and LED light bulbs, which would boost domestic manufacturing.

Voltas, Havells, Blue star, Amber Ent, Hitachi are some of the stocks in the AC segment while Bajaj Electricals, CG Consumer, Havells are some of the companies catering in the LED light space.