Though macros are a point of debate right now and in the medium term, wealth creation will be function of focusing on micros along with the important ingredients of patience, discipline and conviction

Digital transformation, which gathered steam during the pandemic and sustained the momentum as the world embraced a new normal, is likely to grow further through the next several quarters as companies look to get maximum utilisation out of their capabilities built over the last few years.

"Macroeconomic concerns are unlikely to create anything more than a small short-term blip in IT revenues," says Devang Mehta, Head of Equity Advisory at Centrum Wealth, during an interview with Moneycontrol.

After substantial valuation correction in businesses like cloud computing, some top market leaders in their respective categories merit a place in the portfolio. However, it is safe to buy into these in a phased manner, he shares.

The technology index has fallen more than 10 percent each in April and May with the broader market being mauled by wild volatile movements over the past few months. He said that while 18,000 on the Nifty50 has been tough to sustain, a level anywhere between 15,000 and 16,000 would be a good valuation support level.

It has been yet another good month for the auto space. In fact, auto has outperformed every other sector when the Sensex lost 5-odd percent. How do you see this? 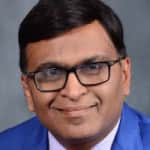 The auto sector went through a torrid time in the last few years. The growth of the industry has been impacted as the fortunes of the automobile industry are closely linked with the growth rate of the economy. In FY19, passenger vehicle sales were impacted due to regulatory changes, high fuel prices and hike in interest rates. FY20 saw an economic slowdown globally as well as in India.

Leading passenger vehicle maker had commented in its concall saying that they are seeing strong demand in terms of enquiries and bookings, but due to supply-side issues, a lot of bookings have turned pending. Looking at the waiting period for many models it is visible that the demand for cars is not a challenge.

Owing to supply-side constraints from the availability of semiconductor chips to price hikes in key raw materials, the auto industry might continue to remain under pressure for a few quarters, but these might also be an opportunity to investors with a longer-term horizon.

FIIs seem to be bearish on India as their monthly net selling in May (more than Rs 50,000 crore) is highest since March 2020. Is there any hope for reversal of the trend?

The selling since October 2021 has only intensified and the correction in the stocks owned by FIIs has been severe. Approximately Rs 2.5 lakh crore has been net outflows from equities in since October 2021. Withdrawal of excess global liquidity, disruption in supply chains, rising Brent Crude oil prices, weak rural demand locally and Ukraine-Russia face-off creating geopolitical uncertainty are some of the reasons for this bout of selling.

Additionally, commodity price inflation, inflationary trends in the US and other central banks hiking rates aggressively (or expectation of the same) led to sharp corrections across our market. Though a good cushion has been provided by Domestic Indian Institutions along with Insurance companies, retail investors etc, it is imperative that FII selling at least slows down in the medium term for markets to stabilise.

The sense one gets after this round of correction is that at some point fresh allocations will be made towards emerging market equities and a lion's share has to be allocated towards Indian equities. Of course it's a futile exercise to guess the timing of the same. But given India's external position, political stability, strong macros, huge demand-led demographics, chances of a capex cycle revival along with robust earnings growth, FIIs should return sooner than later.

Macro environment clearly indicated that inflation risk seems to be continue in coming months. How do you see this?

The market seems to be getting nervous over the economic headwinds in the form of potential sharp rate hikes in the US and an extended rate hike cycle in India. This is accompanied by a cut to GDP estimates (both globally and locally) mainly due to high energy prices and likely lower demand. Given that markets expect the Fed rate to be at around 3.25 percent by mid-next year, any market nervousness is unlikely to receive any conciliatory move or support from the US Fed in the interim.

Higher rates and tighter liquidity conditions will be the new normal for some time. Global and our own equities can be volatile at least over the next two quarters as they navigate sequential rate hikes on one hand and softening growth data on the other, amid geopolitical risks and supply-side pressures. High inflation can also impact growth and probably corporate earnings as well in FY23.

The rupee has moved near 78 against the dollar in May. Is there any possibility of the currency weakening towards 80 in coming months?

Fears of a slowdown in global growth amid upcoming interest rate hikes by the US Federal Reserve have dampened investors' sentiment towards emerging market currencies, including the Indian rupee. Due to strengthening US dollar, other currencies like Turkish lira, Malaysian ringgit and Thai baht have fallen more sharply than the Indian rupee.

The relentless selling of Indian stocks by foreign institutional investors is also at play here. The rupee has held up well relative to other emerging market currencies over the past couple of months despite the recent surge in global commodity prices, hitting India's terms of trade. However, the rupee is in a better stead than other EM currencies.

The latest data available on the RBI's foreign exchange reserves indicates that the central bank has been intervening heavily. Add to it, our externals are better than what they were during the 2013 taper tantrum.

Manufacturers may bear a greater brunt as the prices of imported raw materials may shoot up further. In the backdrop of already high inflation, the rupee's sustained fall could add to woes of India Inc, which is struggling to take adequate price hikes to protect operating margin compression.

Technology is one of the worst hit sectors in current month and lost more than 10 percent for second consecutive month. Is the worst over for the sector and it the time to buy this space in large quantities?

The IT index and tech companies derive their trends from the Mother Market Nasdaq. A deep and widespread correction in the main constituents of Nasdaq has been a sentiment spoiler for Indian IT stocks. A slight bit of margin miss has led to steeper corrections in large and midcap IT stocks. But it needs to be remembered that cloud computing and digital transformation programs started during Covid-19 will continue to grow over the next several quarters as companies look to get maximum utilization out of the capabilities built over the last few years.

Macroeconomic concerns are unlikely to create anything more than a small short term blip in IT revenues. The key US market is unlikely to face a prolonged recession, and while concerns exist across the smaller European market due to the Russia/Ukraine war, the issue is unlikely to last for more than a few quarters. The attrition issue may last a few quarters before reducing as organisations adjust and adapt to this new reality.

As the IT services sector matures, companies are gradually moving up the value chain and are executing larger, more complex projects for their clients. After substantial valuation correction in these businesses, some top market leaders in their respective categories merit a place in the portfolio. However, it is safe to buy these in phased manner.

If we see the trend of the last five months, the Nifty50 failed to sustain above the 18,000 mark twice. Do you expect such volatility to continue in rest of calendar year and the possibility of hitting record high again is unlikely?

The latest market turmoil comes amid mounting concern that global growth is cooling just as central banks, led by the US Federal Reserve, rapidly unwind the stimulus measures that have helped prop up the world economy over the past two years.

Volatility has been the only constant in the past few months. While 18,000 has been tough to sustain, a level anywhere between 15,000 and 16,000 is a good valuation support level. At an estimated EPS (earnings per share) of around Rs 980 to Rs 1,000 for the Nifty, a PE (price-to-earnings) multiple of 15 to 16 looks reasonable. However, markets can overshoot on both sides when there are multiple factors and moving parts at play.

It's important to concentrate on the portfolio actionable rather than chasing indices in the medium term. Though macros are a point of debate right now and in the medium term, wealth creation will be function of focusing on micros along with the important ingredients of patience, discipline and conviction.

Disclaimer: The views and investment tips expressed by investment experts on Moneycontrol.com are their own and not those of the website or its management. Moneycontrol.com advises users to check with certified experts before taking any investment decisions.
Sunil Shankar Matkar
Tags: #Daily Voice #MARKET OUTLOOK #Nifty #Sensex
first published: May 30, 2022 08:19 am