Though the recession is given for the year 2020, global policymakers are doing their best to keep their key stakeholders afloat in their economies through stimulus packages.

The world had a little idea of how dangerous an unknown virus, which was later named COVID – 19, can turn out to be. It poses an existential crisis not only to human life but also to the world economy.

This unknown little beast has brought down the global economies to a grinding halt. 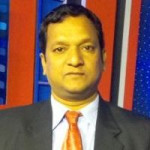 There are mainly three stakeholders in an economy - households, businesses, and the government. Households own labour and capital which they submit to businesses.

In between some part of the wealth is shared with the governments in the form of taxes who again spend this money on welfare schemes. This flow of money keeps the economy rolling across the world.

Now the entry of COVID-19 brought the existential crisis for the households who were forced to remain indoors and practice social distancing. This has upset the business activity and stopped the production of goods and services.

Unusually, this not only led to the supply shock but also in course of time creates low demand as households run out of money.

In turn, the revenues for the government will also come down as households and businesses can’t contribute anything in the form of taxes to the government.

What can be the economic cost of COVID–19:

The global economy right now is in an unprecedented situation, which is worse than in the times of the great depression of 1929 and world wars as ‘households’ across the globe are locked down due to the life-threatening virus.

The historical statistics related to US Economy suggest that during the great depression of 1929 – 1933 the GDP of US Economy was contracted by 30 percent whereas unemployment rate peaked at 20 percent and in the last global financial crisis of 2008 US GDP was contracted by 8.4 percent (annualised) in the 4th quarter of 2008.

As COVID -19 crisis, as of now, appears to be still on the mid path without a nearby solution, the fear is that the world economy may slip into depression kind of scenario if liquidity taps opened by the world central bankers to provide rescue measures dry up before finding a medical solution.

Though at this juncture it will be very difficult to project to what extent there can be economic damage to the global economy it will be worthwhile to look at the damage suffered by the dragon economy which recently opened up from lockdown.

It already started experiencing defaults on retail loans as many individuals are finding themselves out of jobs and money. World Economic Forum expects sharp cuts in the growth of Chinese Economy as economists’ estimates only a growth of 2 percent against the targeted growth rate of 6 percent for the year 2020.

It can easily get translated into reality as the ‘worlds factory’ is open but its shoppers are still struggling with lockdowns in Europe, the USA, and Asia.

Its business activity in the last two months seems to be significantly down as pointed out by certain economic indicators as shown in the table below:

Though the recession is given for the year 2020, global policymakers are doing their best to keep their key stakeholders afloat in their economies through stimulus packages.

In this regard USA whose GDP is roughly around $21.6 trillion came out with a massive relief program through a special act on last 25th March v.i.z CARES ACT – Corona Virus Aid, Relief and Economic Security Act which facilitated a $2 trillion stimulus package to provide aid to states, industry, and workers.

This stimulus amounts to 10 percent of its GDP. Similarly, Germany and the UK also announced stimulus packages which is equivalent of 5 percent of their respective GDPs.

To some extent, these packages also ensure the prevention of widespread bankruptcies in the private sector which is essential to prevent the current crisis from getting morphed into an economic crisis.

CARES ACT also sets up a $500 billion lending program for small businesses and health care sectors with incentives for businesses to keep employees on the payroll.

The only silver lining, seems to be in this entire episode, is the fact that it is still a health crisis and not yet a full-blown financial crisis.

Hence, as long as it remains health crisis and if a medical solution is found in the near term before policymakers run out of their liquidity weapons then sooner than later the economic activity shall find its feet firmly on the ground with quick rebounding capacity as Households will be no longer on social isolation mode.