Budget 2019: What to expect out of interim budget or vote on account

While some reliefs that no political party can dare to roll back (like raising exemption limit for individuals under Income Tax Act) some relief measures for rural population etc can be expected.

Mumbai: People look at a screen displaying the stock prices on the facade of the Bombay Stock Exchange (BSE) building in Mumbai on Monday. The market plunged by over 100 points in early trade at the begining of the year. PTI Photo by Mitesh Bhuvad (PTI1_2_2017_000042B)

Propriety demands that not too many changes should be made in a vote on account or interim budget. This is all the more true as the vote on account (on February 01) will precede the unveiling of the Direct Tax code report on February 28. Tinkering with the tax rates or tax provisions before the release of the report will lead to avoidable controversies.

While no political party can dare to roll back some reliefs (such as raising exemption limit for individuals under the Income Tax Act), relief measures for rural the population can be expected. We do not foresee any measures having substantial impact on businesses. While the speech may include a vision statement for the next 3-5 years, its implementation will be postponed to the new government.

Shortfall in GST collections (despite customs duty revenues being better than budgeted, net indirect tax receipts till November were only 49.4 percent of estimates compared with 57 percent last year), telecom sector revenues, divestment revenues and some shortfall in direct tax receipts (going by the caution displayed by CBDT chairman recently) could upset the targeted budgeted revenues. This might happen at a time when the expenditure may overshoot budgeted numbers (including fertilizer subsidies which alone could be closer to Rs 1 lakh crore vs Rs 70k crore budgeted). While some shortfall may be recouped from higher RBI dividends, a minor overshooting of fiscal deficit (easily justifiable as usual, due to unpredictable events) is likely unless severe expenditure cuts are undertaken (which does not seem likely ahead of general elections).

Atleast five states may go into polls along with the Lok Sabha elections in April-May 2019. With the outcome of the recent assembly elections, rural distress has emerged as a key pressure point. Dealing with agriculture stress and generation of employment could be key focus areas in the budget speech. While universal basic income (UBI) transfer is one of the options, it needs a lot of study/analysis in terms of total spend required, the current schemes that it will replace and the mode of distribution. 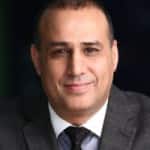 As per the current available data (until November 18), India's fiscal deficit has already breached the budgeted target and touched 114.8 percent of budgeted estimates vs 112 percent last year. While central government's finances remain tight, state governments' finances are relatively in a better position with their GFD-GDP ratio being 1.8 percent in H1 2018-19 vis-à-vis the budgeted target of 2.6 percent.

Given that serious fiscal constraints looms, the government is unlikely to go the fiscal profligacy path. While the government has the option to resort to off-budget financing of expenditure to display a healthy picture, this is just pushing the hard decisions for the future. The national and regional parties need to sit together and find out a way to stick to fiscal discipline (implement laws strictly, increase compliance and desist from giveaways that damage credit discipline year-after-year) so that the future generations are spared the ill-effects thereof by way of hyperinflation and currency weakening.

Capital markets may expect little from the vote on account though the speech may give media and analysts enough to debate upon. The markets would be driven more by the macro developments across the globe hinting at the pace of slowdown, Q3 corporate results outcome and political noises, arrangements leading to shifting expectations about the post poll arithmetic.