Brace for volatility; Nifty earnings growth unlikely to grow above 20% in FY19

As things stand, the street is yet again expecting about over 24 percent earnings growth (+21 percent ex-financials) for Nifty 50 for FY19E (Mar), on +13 percent broad-based revenue growth.

Though we don’t need to ring Houston yet, we clearly have a problem called ‘jobs’ and it’s not going away anytime soon.

Our restrictive labor policies have ensured that employment (manufacturing in particular) remains concentrated within the least productive unorganized employers. Labor reforms remain the third rail of Indian political economics and no one apparently has the grit to address this head-on.

No matter which survey you pick, it’s evident that India has hardly created net jobs in manufacturing in years.

Amendments to Industrial Disputes Act in a handful of states meanwhile have only been restricted to smaller employers, whose demand for labor, in any case, was not driven by factors other than underlying demand. 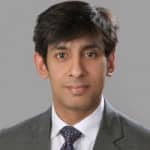 Predictably then, most of our labor force had always slipped into the informal economy - Majority of non-agri rural employment and material portion of urban employment is informal/unorganized.

Now with GST rolling out last year, the situation surely gets murkier with major disruptions across the informal economy.

Our recent pan-India checks overwhelmingly suggest ongoing attrition in the informal economy and accordingly confirm that about a fifth of contract labor agents have seen an increase in labor supply.

However, contract placements remain flattish, with pharmaceutical sector hiring being the notable exception (off of a low base).

While the switch would positively reflect in productivity numbers, it’s hard to not see this shift away from the informal economy adversely impacting aggregate consumer spending, particularly within the mass-consumption discretionary categories.

Disturbingly, in the near-term, recaptured hiring from the low ‘post-demonetisation’ base or IIP spikes from infra builds (cement, steel etc.) can easily give a false sense of jobs rebound even as the aggregate jobs situation has clearly worsened.

Mass discretionary spending and trade-down in staples are notable risks. As things stand, the street is yet again expecting about over 24 percent earnings growth (+21 percent ex-financials) for Nifty 50 for FY19E (Mar), on +13 percent broad-based revenue growth (excl. financials and commodities).

Street estimates now almost seem like a broken clock that are bound to be right at some point, except that FY19E estimates just aren’t there yet.

If job losses in the informal economy continue, one could expect to see a deceleration in smartphone penetration and data usage, and further cuts in tariffs.

While underlying leverage at Airtel and further traction in African business could certainly drive optically high earnings growth once ARPUs stabilize, it seems to us that analysts are baking in tariff stabilization a bit too soon (+10 percent revenue growth consensus for FY19E), likely out of fear of being behind the curve than based on ground realities.

Expectations of 2W sales remain at risk too, particularly within the 2 large Nifty components where FY19E (Mar) revenues are currently expected to grow in the low-mid teens.

Ironically, Indian Autos and Telecom are also two of the top-3 industries (Financials being the third) in terms of valuation premiums vs. emerging market peers.

Collectively, Telecom and 2W OEMs account for just under a fifth of Nifty’s FY19E (ex-financials) current earnings growth expectations, with revenue acceleration and margin expansion driving earnings at a time when pricing power and materials costs will be material headwinds.

Meanwhile, we are unable to see room for upward revisions elsewhere. Optimism off of low bases is already factored in earnings estimates of names such as Dr. Reddy’s (FY19E +58 percent; coming off of US FDA warning letters for multiple sites, and FX drag) or Tata Motors.

Disclaimer: Piyush Sharma is the co-founder and co-portfolio manager of Metis Opportunity Fund. The views and investment tips expressed by the investment expert on moneycontrol.com are his own and not that of the website or its management. Moneycontrol.com advises users to check with certified experts before taking any investment decisions.
Tags: #Expert Columns
first published: Jan 26, 2018 03:09 pm